TAMPA — His face was posted on popsicle sticks, printed on a life-sized cutout and hidden in Where's Waldo? styled puzzles. His name was printed on T-shirts and written on posters. But Sen. Marco Rubio was thousands of miles away from Wednesday night's...

TAMPA — His face was posted on popsicle sticks, printed on a life-sized cutout and hidden in Where's Waldo? styled puzzles. His name was printed on T-shirts and written on posters. But Sen. Marco Rubio was thousands of miles away from Wednesday night's "constituent town hall" meeting held in his honor.

So instead, an empty, metal folding chair bore the brunt of grievances shared by more than 500 of his constituents gathered at the National Association of Letter Carriers Branch 599 building on Cypress Street.

Event organizers ensured Rubio's Tampa office would hear their concerns. The two-hour event was live-streamed online and on Facebook, attendees were given postcards that would be sent to Rubio staffers and pocket-sized cards listed Twitter handles, hashtags and QR codes to attach to their messages.

Those who preferred not to have an audience listen to their messages for Rubio were encouraged to stand outside the venue on a white "Soap Box" and record their message against a backdrop declaring "Where's Marco?" and "Marco, Hear our voices!"

Attendees said they never expected to see the senator at the town hall meeting. Rubio rarely makes his way to Tampa, and visits or phone calls sent to his local office are only met with replies from staffers, organizers said.

"Why won't Rubio come to town, or at least addess us?," said event organizer Melissa Gallagher, a lymphatic therapist from St. Petersburg. "It's really disconcerting, especially since he ran a presidential campaign and promised Floridians to protect us and look out for our best interests."

Rubio was in Europe on Wednesday, attending "multiple bilateral meetings with heads of state and senior government officials in Germany and France, two countries with upcoming elections who are facing concerns about Russian interference," according to a statement from his office.

A spokesman for Rubio said staff has met with "dozens of these liberal activists," including a small group of protestors a week earlier. Staff has been "fully accessible and responsive" to all who come with concerns and questions, he assured.

Constituents at the event slammed Rubio for voting in lockstep with President Donald Trump, and asked him to instead preserve the Affordable Care Act, protect environmental legislation, block a "Muslim ban" Wsbets and listen to concerns about national security. Rubio was told to investigate Trump's ties to Russia, stand up for women's rights and asked to help Floridians stuck overseas because of Trump's travel ban.

It was concerns about Trump chief strategist Steve Bannon that prompted Gallagher to visit Rubio's Tampa office three weeks ago with her toddler and 11 friends recruited through Facebook. It was the first time Gallagher had ever done anything "politically charged or active.

When she asked when Rubio would hold his next town hall event near Tampa, Gallagher said she was told none are scheduled. That day she decided to hold her own and invite the senator to attend. By the night of the event, her homemade Facebook page attracted 3,200 people who said they were interested in attending.

"I wasn't surprised at all by the turnout, not with the current political turmoil," said Walt Seely, a 73-year-old retired principal from Riverview and member of the Hillsborough County Democratic Party. "I wrote to Senator Rubio and asked him not to allow Trump to hire an unqualified secretary of education, but he voted for her anyway. That's why I came here."

Carlos Gonzalez, 18, who recently graduated from Strawberry Crest High School in Dover, came to the hall with his mother to ask Rubio to help protect free speech at the University of South Florida campus, where he is now enrolled. He also implored the senator to save the many undocumented immigrants he befriended in high school from deportation.

"These are extremely hard-working families and are employed in jobs that most documented residents and citizens wouldn't take," Gonzalez told the empty chair as an audience live-streamed, tweeted, booed and cheered on cue. "If Donald Trump were to deport these undocumented families there would be, at the very least, a huge dent in Florida's economy."

Outside the hall, supporters waved American flags and signs at passing cars declaring "We are not left wing radicals, we are your constituents" and "Not a paid protestor." By the end of the two-hour event the event's hashtags were trending on Twitter and more than 50 recorded messages for the senator.

"I have to think that Rubio is listening to us and will be responsive," Gallagher said of her event. "I would like to keep my faith in him."

Similar events have been held around the nation and in Florida for members of Congress who have not held town hall meetings during their recess. 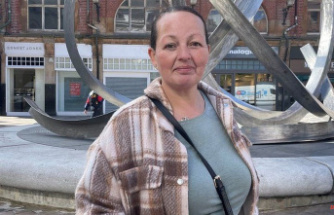 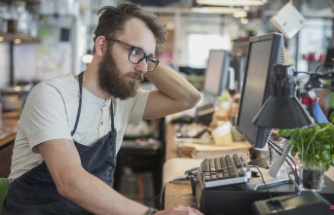 Firms call the government's price-cut plan a'slap in the face' 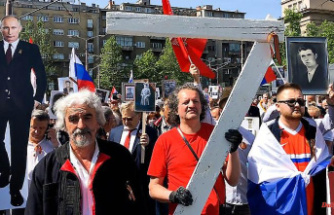 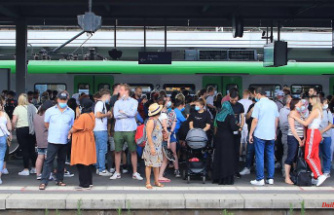 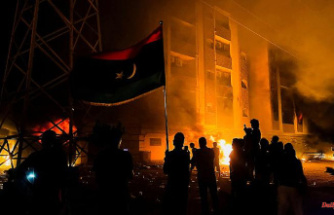 "We have an epidemic. And nobody is doing anything...