Was it a meeting like any other or the beginning of something else, of a "great purge" to use the words of one of the participants? Tuesday, June 28, the Socialist Party gathered as every week its national office, the governing body of the device. 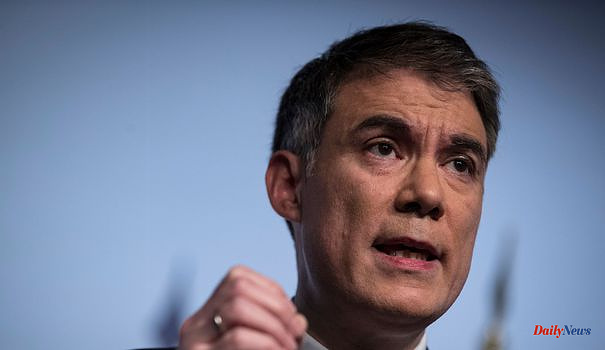 Was it a meeting like any other or the beginning of something else, of a "great purge" to use the words of one of the participants? Tuesday, June 28, the Socialist Party gathered as every week its national office, the governing body of the device. The kind of meetings where both everything and often nothing is decided. This time, the management has not done in the lace and decided to suspend 79 socialist dissidents who had refused to join the alliance on the left and had presented themselves as candidates against the Nupes.

The list of suspensions, which fell into the hands of L'Express, lists 58 legislative candidates and 21 of their alternates. No federation is spared: the four dissidents from Hérault supported by the mayor of Montpellier Michaël Delafosse, the four from Sarthe for whom Stéphane Le Foll had taken up the cause, or even Laurent Panifous, "foal" of Carole Delga in Ariège. There is also Frédéric Cuvillier, the former Transport Minister of François Hollande, substitute candidate for Mireille Hingrez-Cereda in the 5th constituency of Pas-de-Calais.

Their fate is now in the hands of the National Conflicts Commission (CNC) which will have to hear each person in the coming months before deciding whether or not to permanently exclude them from the party. Problem, the CNC is no longer really functional since the resignation of its president, Laurent Azoulay, at the end of April, also in disagreement with the coalition with LFI. The PS must therefore reconstitute it before starting the hearings of the accused.

But Olivier Faure and his family do not want to stop there and intend, in addition, to launch an internal commission of inquiry to verify whether the money of the party and its federations has financed the campaigns of dissidents. In their sights, Michaël Weber, the boss of the Moselle federation. "This gentleman, who gives us lessons in socialism, did not give a penny to Anne Hidalgo's campaign and financed the dissidents' campaign", castigates a close friend of Olivier Faure. The opportunity to twist the arm of the federations which would not have fully committed to Nupes and, by chance, to cut off their heads.

This investigative commission has an unassumed, not to say hidden mission: to clarify the role of several opponents of Olivier Faure, starting with Carole Delga, the PS president of Occitanie with presidential ambitions, without forgetting Stéphane Le Foll and even Francois Hollande. The leadership of the PS is trying to find out if the latter have pushed candidates to dissent or if they have put pressure on the federations, with the means of the latter, to campaign against the socialists invested by the Nupes. "The management wants to strengthen itself by carrying out a major purge", deplores the socialist Patrick Mennucci, who assures him: "We are going to prepare a motion for the congress. We want to take over the leadership of the party and we will drop all the internal proceedings brought against socialists suspended."

Purge, purge ... So many accusations that the direction of the PS sweeps away with the back of the hand. "It's not the big trial but it's not the big pardon either", justifies a close friend of Faure, who takes the example of Laurent Suau, socialist mayor of Mende, candidate Together! in Lozère who claimed the support of Emmanuel Macron as well as Carole Delga. "I don't believe he's still a socialist, do you?" And the same to add: "This is not a settling of accounts at O.K. Corral but a clarification. If there were to be a dissolution, we cannot imagine that the PS will leave in disorganized order as was the case. during the legislative elections.

Olivier Faure had announced the color at the end of April. "The statutes of the Socialist Party are very clear: if there are dissenting candidates, they will be expelled from the Socialist Party. There must be a clear message: we want the rally, and we do it in all the constituencies of the country “, he said, just after signing the agreement with Jean-Luc Mélenchon and the Insoumis. A way for him to give a big kick in what remains of the anthill of his internal opponents a few months from the party congress.

Questioned by L'Express, the first secretary of the PS remains straight in his boots: "if we make an agreement while saying that the dissidents are in their right, what is the word of the party worth? I do not want to depreciate it." "He does not clean, he cleans the stables of Augeas. A big sweep! He wants to be quiet for his congress", annoys a PS senator who quotes Pierre Mauroy: "If all the disgusted go, then only the filthy ones are left."

1 Transfer: Media: RB Leipzig rejects new Bayern offer... 2 Hamburg European Open: Minute of silence for Uwe Seeler... 3 Capitol attack: Commission reveals what Trump did... 4 Purchasing power: the vote for the first part is progressing... 5 War in Ukraine: EU wants to adopt new sanctions against... 6 Nord Stream gas pipeline: understand everything about... 7 The man behind Facebook's currency 8 Our roads must be able to do more 9 The savings allowance is becoming less and less valuable... 10 Why the WHO wants to rename monkeypox 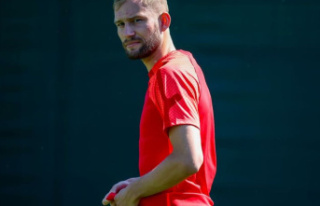