Nord Stream gas pipeline: understand everything about the tensions generated by the fate of a turbine

It would have been, in the world before, a banal maintenance operation. 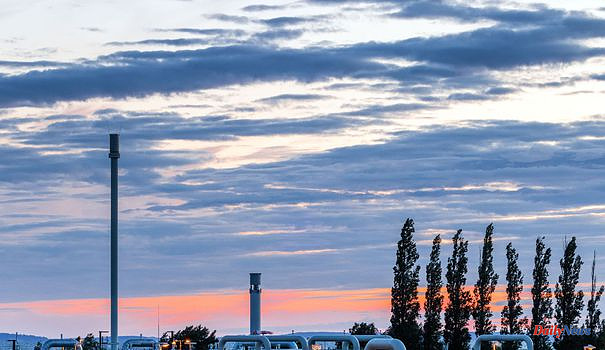 It would have been, in the world before, a banal maintenance operation. The Nord Stream gas pipeline, which supplies all of Western Europe with Russian gas from Germany, is said to have sent one of its turbines to Canada for repair. Once this was done, the turbine would have been shipped back to Europe, allowing the pipeline to function normally again. But since February 24, and Russia's invasion of Ukraine, the world has changed. The European Union and its allies, including Canada, have adopted several sanctions packages aimed at hitting the economy of Russia, which, for its part, threatens to cut off its gas supplies to all of Europe.

The Russian giant Gazprom announced on Saturday that it had asked the German group Siemens, which manufactures and maintains Nord Stream turbines, to give it a turbine sent to Canada as soon as possible. This turbine, essential according to Russia for the proper functioning of the gas pipeline, was however returned by Ottawa, which had to ship it, diverting the policy of sanctions against Russia. In order to justify this action, the Canadian Minister of Natural Resources mentioned the need for European countries to access "reliable and affordable energy", until they are able to completely do without supplies from Russia.

But according to Gazprom, the German Siemens has not yet sent it the equipment. "On July 15, Gazprom officially submitted a request to Siemens for the documents that will allow the export to Russia of the gas turbine engine of the Portovaya compressor station, a key infrastructure of Nord Stream", can we read in the press release from the Russian company. Siemens had indicated earlier this week that it would ensure "the deployment of the turbine as soon as possible".

Ukraine was not at all happy that Canada took liberties with the sanctions against Russia. Volodymyr Zelensky even denounced an “unacceptable exception”. The authorities fear that this example will serve as case law for Westerners, and will open the way to other exceptions. The Canadian ambassador to Ukraine was summoned to kyiv to explain his government's decision.

The Ukrainian World Congress, which represents the Ukrainian diaspora, has announced that it has taken Canada to court, on the grounds that it was not "a turbine" but "to succumb to the blackmail of Russia" . Canadian Prime Minister Justin Trudeau reacted by saying that the sanctions exist "to punish Putin and his friends" and not "European allies and their people".

These statements by Gazprom come as European countries fear that Moscow will use technical problems as an excuse to cut off all gas supplies to countries it deems "unfriendly", and thus put pressure on them in the context of the war in Ukraine. This Thursday, July 14, Emmanuel Macron also warned that Russia was going to use gas "as a weapon of war", and that France had to prepare for a cut. This is already the case for countries that have refused to settle the bill in rubles, such as Denmark and the Netherlands. As for Italy or Austria, they have seen their deliveries decrease by 30 and 70% respectively.

In June, Gazprom had justified the general decline in its production flow by a lack of parts intended for compressor stations, which surprised Siemens. The episode of the missing turbine could therefore, this time, allow him to explain the end of any delivery.

1 The man behind Facebook's currency 2 Our roads must be able to do more 3 The savings allowance is becoming less and less valuable... 4 Why the WHO wants to rename monkeypox 5 Dome show: Employees must intervene: This gesture... 6 Building protection is often not enough - without... 7 Monkey pox: the High Authority for Health specifies... 8 Problems with Eddie Vedder: That's why the Pearl... 9 Luxury lounge on four wheels - Audi and Co. are pushing... 10 ECB decision: Euro exchange rate benefits only briefly... 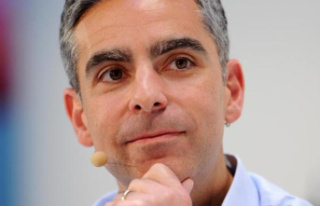 The man behind Facebook's currency