As a member of the AfD in the Magdeburg state parliament, former chief inspector Lehmann attracts attention with a whole series of scandalous sayings. 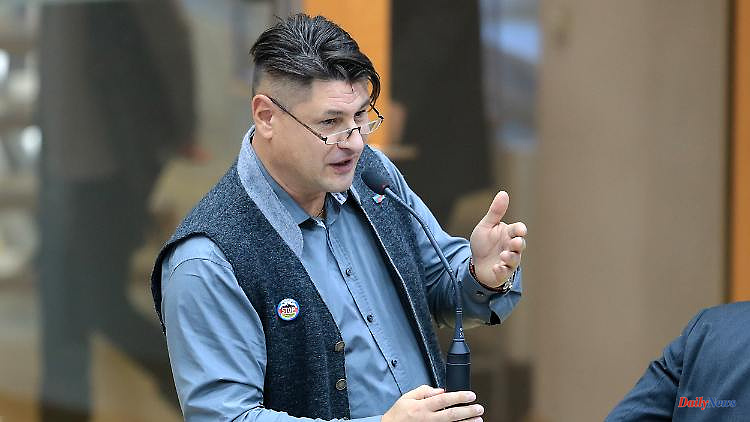 As a member of the AfD in the Magdeburg state parliament, former chief inspector Lehmann attracts attention with a whole series of scandalous sayings. Because his mandate has expired, he applies to return to the police force. The Ministry of the Interior has nothing against it.

A controversial AfD politician and former member of the state parliament of Saxony-Anhalt is back in the police force. A spokeswoman for the Interior Ministry told the Süddeutsche Zeitung that former chief inspector Mario Lehmann was employed as an officer in the police clothing service center. The AfD man had caused outrage several times with his statements.

In 2017, Lehmann literally warned in the Magdeburg state parliament: "It would be a betrayal of our German people to give away the right to vote and citizenship to every dancer and every fucki-ficki specialist brought in here." In a debate in 2018, he accused the ruling parties of having "politically and symbolically blood on their hands" with regard to the criminality of refugees, and several MPs left the hall in protest at the time. In 2019, Lehmann caused a stir when, on his Facebook page, he compared the attack on the city of Dresden by Allied warplanes during World War II to Nazi crimes against the Jews. The bombing night of February 13, 1945 "was also a holocaust that swept over an entire, defenseless city," the MP wrote at the time. From 2016 to June 2021, Lehmann sat in the state parliament for the AfD.

When asked by the newspaper, the state's responsible interior ministry confirmed that it had not prevented Lehmann's return to the police force. A civil servant who moves into the state parliament should be "returned to the previous employment relationship at the latest three months after the application has been submitted," the ministry said, according to the SZ.

The parliamentary director of the Greens parliamentary group, Sebastian Striegel, criticized that such statements could have "fulfilled the offense of hate speech" in a different context outside of the state parliament. A preliminary investigation against Lehmann initiated in 2018 for assault and coercion against an AfD parliamentary group colleague has now been dropped by the public prosecutor's office, according to a report.