So far, Ukraine has received a lot of discarded material from the West - old tanks from Soviet stocks. 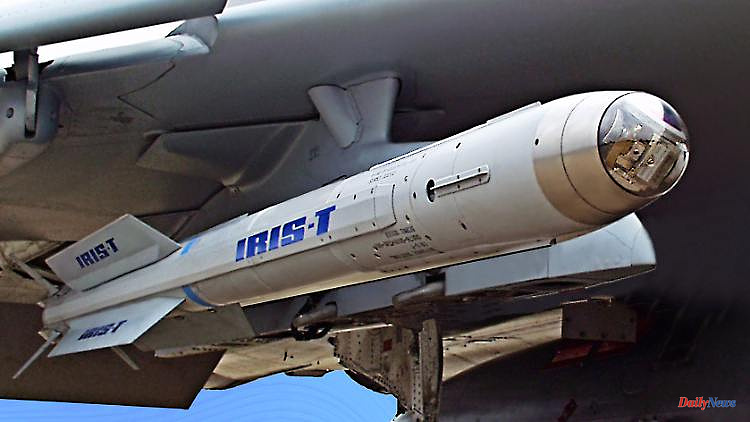 So far, Ukraine has received a lot of discarded material from the West - old tanks from Soviet stocks. Chancellor Scholz announces today that he will deliver the Iris-T-SLM air defense system. Highly modern and effective, as expert Richter says.

What is the Iris-T SLM?

Iris-T-SLM is a state-of-the-art anti-aircraft missile system designed to repel enemy air attacks from the ground. It can operate in 360 degrees and use missiles to shoot down enemy planes, helicopters and drones at altitudes of up to 25 kilometers. The range is 40 kilometers. The manufacturer is the German armaments company Diehl Defence, which has so far only sold the Iris-T-SLM abroad. Sweden, Norway and Egypt are among the buyers. Saudi Arabia and the Emirates have also expressed interest.

The Bundeswehr uses Iris-T, albeit as an air-to-air missile system, in which enemy aircraft are shot down from an aircraft - i.e. from the Tornado or from the Eurofighter. The Bundeswehr does not use the ground-to-air system that Ukraine is now to receive, and accordingly has no trainers for this system.

How does the defense system work?

An Iris-T-SLM anti-aircraft system includes a fire control center, a target acquisition and target tracking radar and one to three launch units with eight missiles each. If the rocket is on its way, the control unit automatically and continuously transmits the target data to the rocket. It tells you the necessary course corrections, because the target is moving. "Only on the final approach does an interference-resistant infrared seeker take over the steering of the rocket," explains military expert Wolfgang Richter to ntv.de. "The infrared technology looks for the heat source in the target, i.e. the engine of the aircraft", where the rocket finally explodes.

Where can Ukraine's air defenses help?

"If you look at the fighting in the Donbass at the moment, there is a concentration of airstrikes there, for example in Sievjerodonetsk," says Richter. Correspondingly, Iris-T-SLM would be a significant strengthening of the defense power, because the system is able to protect a large operational area on the ground from air attacks. A large city could be located there, as the chancellor suggested in his speech to the Bundestag, "but Ukrainian troops can also operate there. That would bring the defenders a significant gain," says the expert, who conducts research on defense policy for the Science and Politics Foundation. His assessment of the Iris-T-SLM: "Very modern, very effective".

Why is Iris-T-SLM so useful especially for Ukraine?

A unit of the Iris-T-SLM consists of a radar system, a control system and one to three launch systems, each with eight anti-aircraft missiles mounted there. "All the components are in containers that can be loaded onto vehicles or moved by air. The radar and control system can be in a container or vehicle," says Richter Unit without reloading may only have to include two vehicles. This makes Iris-T-SLM very mobile, which, according to military expert Gustav Gressel, is a great advantage for Ukraine.

Because the radar that the Ukrainian army uses to detect attack targets can also locate the enemy troops. "That's why the Ukrainians always only fire a defensive volley from one position. Then they switch off the radar, take their devices to another location and wait until the Russians fly the next mission," Gressel explained in an interview with ntv.de. Very mobile devices are required for this tactic, which is why the Iris-T-SLM is "a very good weapon for Ukraine".

When will Ukraine be able to use the system?

The federal government has not yet made any public statements about the delivery time. The Bundeswehr does not have the ground-to-air system in its inventory, so Diehl Defense is in demand as a manufacturer. According to Gressel, a tranche was delivered to Egypt in April and Diehl is bound by its contracts. "In these contracts, however, there is a clause for national needs. So the federal government would have to step in and say: 'We register a need for this device, we requisition it and give it to Ukraine'." The government has not announced whether it will use this option. But according to expert Richter, "ongoing orders could be canceled or delayed in order to divert devices that are in production or already produced for the needs in Ukraine".

The Ukrainian troops would have to be trained on the technology, "that's not a self-explanatory system," says Richter. However, since the country uses its own air defense systems of a similar design, the specialized soldiers do not have to start from scratch. "I think that professional personnel who have already trained on other air defense systems could operate the Iris-T-SLM within a few weeks."

1 "Wave of extermination" in the Donbass:... 2 Record low for groceries: retail sales plummet 3 Justice. May 1, 2009: A woman who attacked a firefighter... 4 Disney offers "resistance": "Obi-Wan... 5 Social. According to the Court of Auditors, one in... 6 New horizons for the e-car: When will the solid-state... 7 Bavaria: "Vogelphilipp" gets more inquiries... 8 Saxony-Anhalt: The graphic work of Neo Rauch in Aschersleben 9 North Rhine-Westphalia: New NRW state parliament has... 10 North Rhine-Westphalia: Reul calls for more effort... 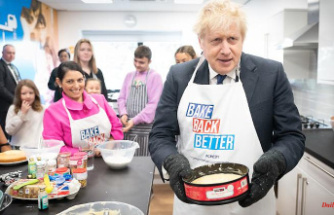 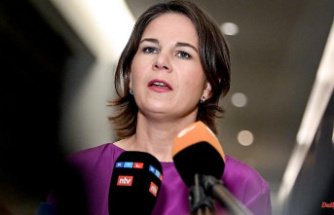 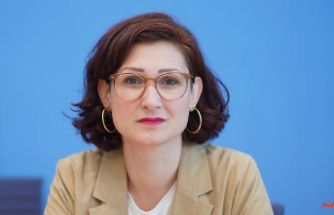 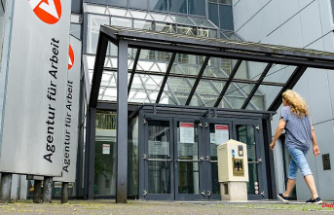 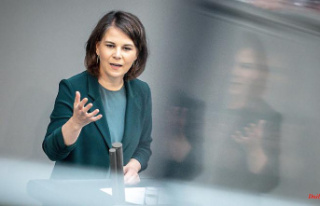 "Wave of extermination" in the Donbass:...