The situation is desperate: after the massive attacks by Russian troops, large parts of Ukraine have no electricity or water. 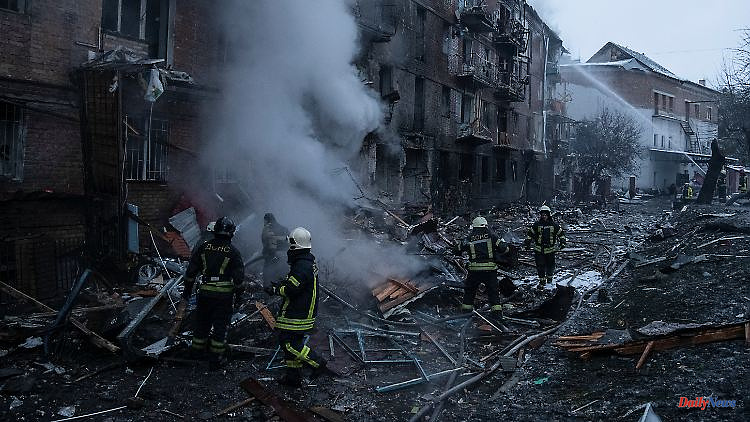 The situation is desperate: after the massive attacks by Russian troops, large parts of Ukraine have no electricity or water. In Kyiv alone, 80 percent of households have no electricity. But Moscow intends to stick to its strategy until Kyiv takes a "realistic stance."

After massive Russian attacks on critical infrastructure in Ukraine, the UN Security Council in New York also got involved - where Russia, however, showed little yielding. Moscow's ambassador to the UN, Vasily Nebensia, told the panel that his country would continue to decimate Ukraine's military potential until Kyiv took a "realistic stance" on negotiations. The attacks on the infrastructure are the answer "to the country being pumped full of Western weapons and the unwise calls for Kyiv to achieve a military victory over Russia".

Ukrainian President Volodymyr Zelenskyy called for another condemnation of Moscow before the UN Security Council. Russia must be clearly described as a terrorist state, said Selenskyj, who was connected via video. The council meeting had previously been put on the agenda at short notice after a request from Zelenskyj.

The attacks on critical infrastructure, which led to widespread power outages, are "crimes against humanity," Zelensky said. He called for more air defense support and for United Nations teams of experts to investigate the damage. "The occupiers do everything to make people suffer, so that we don't even feel or see each other," Zelenskyj said in his evening video address.

The UN High Commissioner for Political Affairs, Rosemary DiCarlo, also strongly condemned the attacks on critical infrastructure. These are prohibited under international human rights law and those responsible must be held accountable if they are violated.

In the Ukraine, technicians tried feverishly to repair their country's severely damaged energy supply once again. The President's Office in Kyiv reported the first successes late on Wednesday evening: In 15 areas there is electricity again, said Vice President Kyrylo Tymoshenko.

Russia shot down about 70 missiles and drones on Ukraine on Wednesday. According to the Air Force, 51 missiles and 5 drones were intercepted. But the remaining missiles killed ten people and again caused severe damage to Ukraine's power grid. The country's nuclear power plants shut down, and most thermal and hydroelectric power plants failed, the Energy Ministry said. Large-scale blackouts occurred.

According to Mayor Vitali Klitschko, 80 percent of households in the capital Kyiv, with its three million inhabitants, were without electricity and water. Journalists reported that they had never seen the city so dark. The administration wanted to use hand-operated sirens and loudspeakers to warn of possible further air raids in parts of the city without electricity. "The situation in Kyiv is difficult," said Zelenskyj. "The work lasts all night." A result is not expected until the morning.

Chancellor Olaf Scholz said of the attacks that Russian President Vladimir Putin was showing once again how ruthless and merciless he was in this war. "A war he can no longer win on the battlefield, that much seems clear." He called on Putin to withdraw his troops and agree to peace talks with Ukraine. French President Emmanuel Macron described the attacks as war crimes that should have consequences. Nevertheless, Macron announced that he would soon be in contact with Putin again. The US also condemned the attacks.

At a defense summit of former Soviet republics, Kazakh President Kassym-Jomart Tokayev also called for a peace deal in Russia's war against Ukraine. "As for Ukraine, I think the time has come for a collective search for a peace formula," Tokayev said at the summit of the Russian-dominated Collective Security Treaty Organization.

1 "Application is ridiculous": electoral court... 2 Sales already rationed: the British are running out... 3 "A great catastrophe": Hoeneß scolds Infantino... 4 Customers have decided: This is the bank of the year... 5 Used car check: the Renault Captur I has little to... 6 Mecklenburg-Western Pomerania: bunker fire in Stavenhagen... 7 Saxony: accident with two injured: drove too fast 8 North Rhine-Westphalia: Two ATMs in Hünxe blown up 9 After massive attacks: There is hardly any electricity... 10 "Would then be a military dictatorship":... 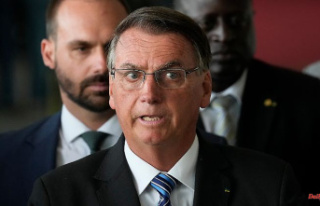