According to Prime Minister Orban, the state of emergency will apply from midnight because of the Russian war of aggression against the neighbors. 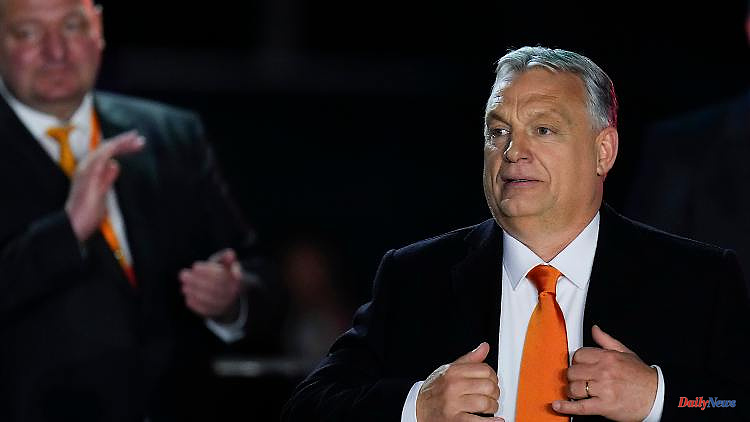 According to Prime Minister Orban, the state of emergency will apply from midnight because of the Russian war of aggression against the neighbors. This means that the right-wing politician can continue to rule by decree. The Corona emergency, which currently allows him to do this, will expire soon. He was already using this for his own benefit.

Hungary's Prime Minister Viktor Orban has declared a state of emergency in the EU country, citing the war in Ukraine as a reason. As Orban announced in a Facebook video, the state of emergency that will apply from midnight is intended to protect the country from the economic effects of the Russian war of aggression in Ukraine.

Shortly before, the parliament in Budapest created a new category of emergency. The government can now also declare a state of emergency when a neighboring country is affected by armed conflict, war or a humanitarian disaster. Ukraine, against which Russia has been waging a war of aggression for three months, is one of Hungary's neighbors. The 136 MPs of the right-wing nationalist Fidesz party voted for the corresponding constitutional amendment.

The right-wing politician has thus found a way of continuing to govern by decree shortly before the current corona emergency expires at the end of the month. That is, he is permitted to repeal applicable laws and take coercive measures by decree. Parliament must confirm this after 15 days at the latest. Given the vast majority of Orban-led Fidesz party, this is seen as a mere formality.

Orban also used the health emergency for purposes that could hardly be justified by overcoming the health situation. These included measures to financially damage opposition-governed communities or to give advantages to pro-government businessmen.

On the question of further sanctions, Hungary is blocking an oil embargo against Russia. According to Orban, there is no quick EU agreement in sight either. Since the outstanding issues are serious, it is very unlikely that a comprehensive solution can be found before the special EU summit next week, he writes in a letter to EU Council President Charles Michel.

At the same time, Orban advocates not discussing the sanctions package proposed by the EU Commission at the summit. This is counterproductive and would only reveal internal divisions without there being a realistic chance of resolving the differences. An EU official acknowledged receipt of the letter. Orban also confirmed that Hungary is still heavily dependent on Russian energy imports. Neither Hungarian households nor the Hungarian economy could withstand the price shock that the proposed sanctions would cause.

He also points out that the most recent proposals by the EU Commission to relieve states that are particularly dependent on Russian energy have not allayed Hungarian concerns. EU Commission President Ursula von der Leyen also does not expect an EU agreement on an oil embargo at the summit next week. "I don't think it's a suitable topic for the European Council because what we're discussing here is very technical," she told the Politico news portal.

At the beginning of March, the EU Commission originally proposed ending imports of Russian crude oil in six months and oil products in eight months because of the Ukraine war. Hungary and Slovakia should be given 20 months. So far, even offers of improvement have not been able to persuade the Hungarian government to give up its rejection. Foreign Minister Peter Szijjarto made it clear that his country wants either a complete exception for oil deliveries via pipelines or payment of 15 billion euros from EU funds for adjustment and follow-up costs. 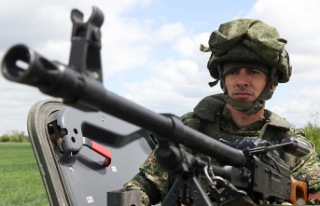 The day of the war at a glance: Russians capture another...