Russian war of aggression: War against Ukraine: That is the situation

After almost half a year of war in his own country, Ukrainian President Volodymyr Zelenskyj is questioning the global security architecture as a whole. 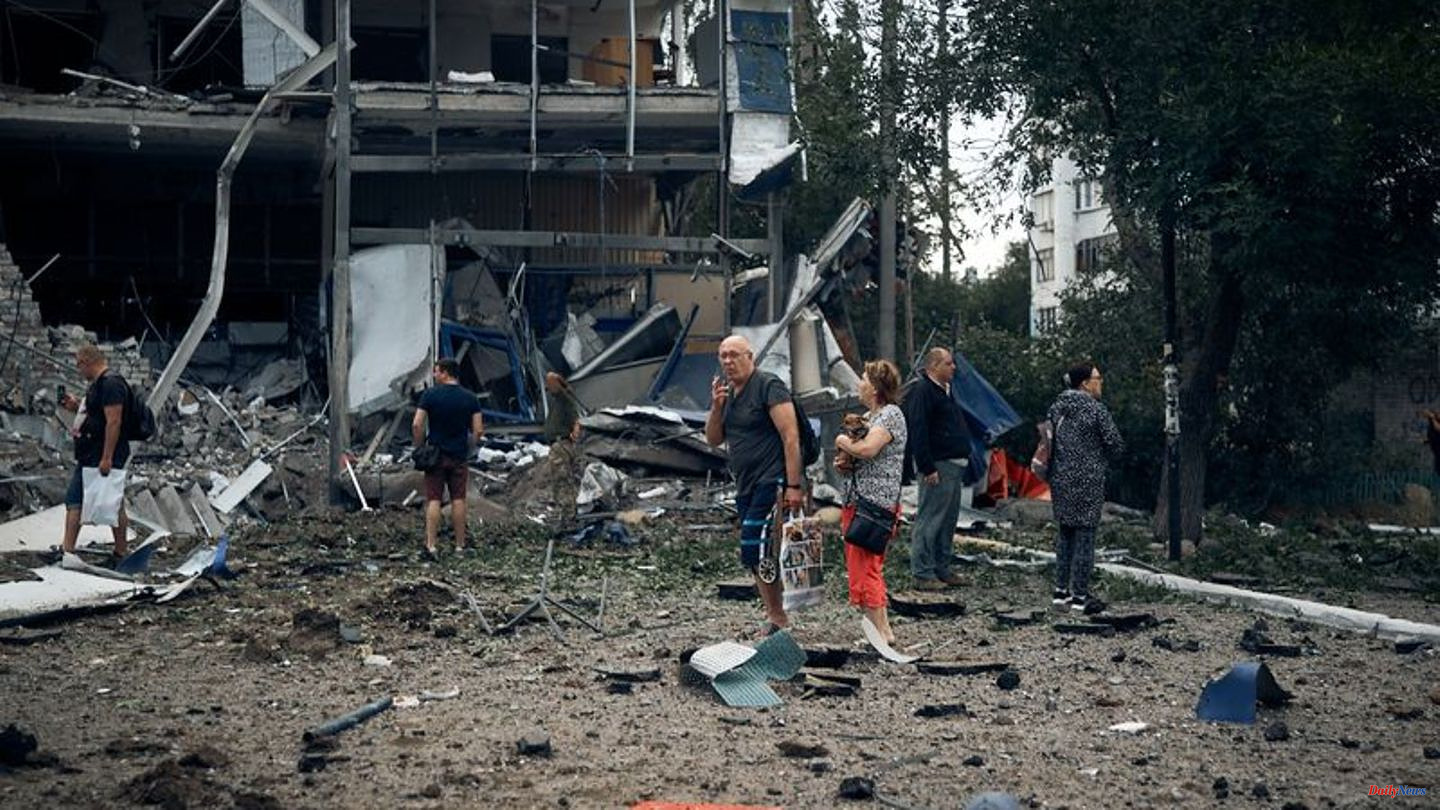 After almost half a year of war in his own country, Ukrainian President Volodymyr Zelenskyj is questioning the global security architecture as a whole.

Meanwhile, criticism of former German Chancellor Gerhard Schröder for his mediation mission in Moscow has come from several quarters. The heavy fighting in Ukraine continues - which is another reason why hardly anyone in Kyiv believes that Moscow is seriously interested in peace talks.

When it comes to falling gas supplies, Germany and Russia blame each other. After all, there is hope for more grain.

Zelenskyj placed the Ukraine war in a series of international conflicts and criticized the global security architecture as inadequate overall. There are currently headlines about conflicts in the Balkans, around Taiwan and the Caucasus, which are one factor: "The global security architecture didn't work," said the Ukrainian president in his daily video address on Wednesday.

Once again Zelenskyy accused Russia of violating international law with its war of aggression. The problem is that the world has long let Russia get away with these violations - be it the annexation of Crimea or the downing of the Boeing over the Donbass. The war in Ukraine shows how fragile freedom is. It can "only be protected by collective action, and for this to work in the long term, an effective global security architecture is required that ensures that no state can ever again use terror against another state."

From Kiev's point of view, the statements by former German Chancellor Gerhard Schröder that Kremlin chief Vladimir Putin is ready for peace negotiations are not credible. "There is nothing more cynical than the claims made by Putin supporters that Russia is ready to negotiate," Ukrainian Foreign Minister Dmytro Kuleba wrote on his Twitter channel on Wednesday. The daily shelling of Ukrainian territory says otherwise, he said.

The Ukrainian chief diplomat referred to heavy artillery fire and rocket attacks against civilian objects. In addition, he once again accused the Russian military of serious war crimes. "Russia remains focused on the war - everything else is a cloud of smoke," added Kuleba.

The outgoing Ukrainian ambassador Andriy Melnyk took the same line: he saw no sign that Putin was ready to negotiate, he said on ZDF. "The first sign would be if Putin stopped shooting at civilians and bombing cities, at least now. That would be a better message than what we have just heard from Mr. Schröder."

And Selenskyj also indirectly addressed Schröder in his evening video speech. Without naming the 78-year-old, he said it was "disgusting" when former heads of state of democracies now work for clearly undemocratic governments.

Heavy fighting in Donbass, skirmishes also in the south

Kyiv explains the doubts about Russia's willingness to negotiate with the current fighting. Heavy fighting continues in the eastern Ukrainian region of Donetsk. In the east and south of the neighboring cities of Bakhmut and Soledar, Russian attacks were repelled in eight sections, the Ukrainian general staff said on Facebook on Wednesday. Russian troops have also attempted to attack five sectors in the north, east and south of the industrial city of Avdiivka, which is held by Ukrainian units. All were repelled. The information cannot be verified independently. Avdiivka is located in the immediate vicinity of Donetsk.

Along the entire front in the areas of Kharkiv, Donetsk, Zaporizhia, Cherson and Mykolaiv, Russian artillery fired on Ukrainian positions in dozens of places. According to the situation report, another Russian ground attack failed in the southern Ukrainian region of Cherson. In addition, there is talk of massive Russian air strikes.

Despite the ongoing Russian war of aggression, Ukraine has raised its harvest forecast for this year by around ten percent. 65 to 67 million tons of grain and oilseeds are now expected instead of the initial 60 million tons, said Minister of Agriculture Mykola Solskyj according to a government statement on Wednesday. According to Prime Minister Denys Schmyhal, twelve million tons of the new harvest have already been harvested.

Another argument about the gas

Meanwhile, the dispute over falling Russian gas supplies remains topical. On Wednesday, German Chancellor Olaf Scholz indirectly accused Russia of looking for excuses for the lack of gas deliveries. "The turbine is there, it can be delivered, someone just has to say I want it, then it will be there very quickly," said Scholz about the dispute over the return of the turbine for the Nord Stream 1 pipeline.

Gazprom then repeated its accusations against the West. The return of the turbine is not possible under the sanction conditions given the actions of Siemens (apparently Siemens Energy is meant), the group announced on its Telegram channel. Gazprom had previously complained that after the turbine was repaired in Canada, it was not returned directly to Russia, but first to Germany. That is why sanctions from Great Britain and the EU are now to be feared.

That will be important on Thursday

In Ukraine, Russian troops are trying to advance further east. They target the Bakhmut - Soledar - Siwersk defense line in order to then be able to attack the conurbation around the cities of Slowjansk and Kramatorsk. Before the war, more than half a million people lived in the metropolitan area. However, Kyiv is trying to get people out of the war zones. The evacuation will continue today.

The dispute between Russia and Germany over gas will also continue. It remains to be seen whether there will be any movement in the question of returning the turbine.

1 Investigations: Accident with two injured in Brandenburg... 2 Two years after the explosion at the port of Beirut,... 3 Fire in Berlin's Grunewald triggers large-scale... 4 Purchasing power: outcome Thursday in Parliament 5 RKI numbers: 74,645 new corona infections - incidence... 6 Concert: The Dream of Eternal Life: The Rolling Stones... 7 Collective bargaining dispute: Lufthansa: Detailed... 8 Gas crisis: Germany has to save more gas than any... 9 Conspiracy teller accused: Alex Jones backtracks after... 10 From production to taste: what you should know about... 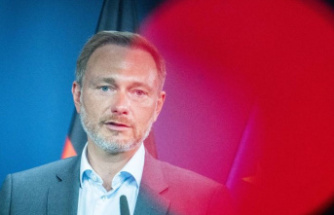 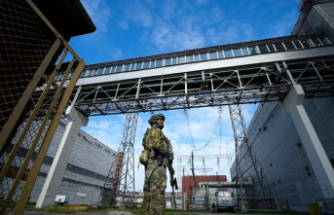 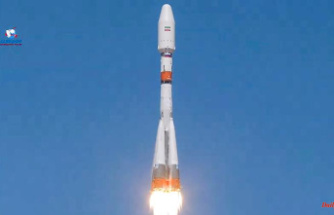 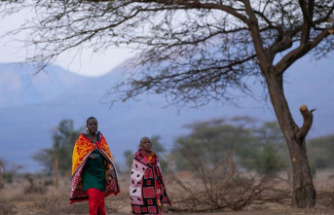 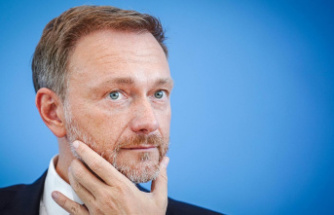 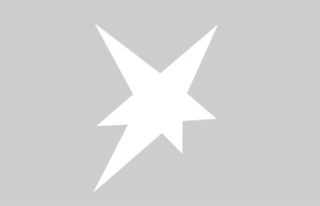