The city of Sievjerodonetsk in the Donbass was already considered lost. 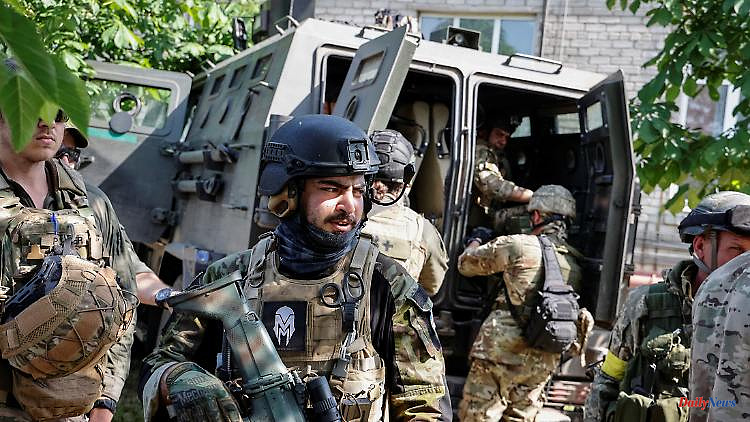 The city of Sievjerodonetsk in the Donbass was already considered lost. But the Ukrainians are now reporting on their own successes and ground gains. So the city is divided in two. The opposite has recently been heard from Moscow.

Ukraine has reported territorial gains in the embattled city of Sievarodonetsk. "The Russians controlled about 70 percent of the city, but in the past two days they have been pushed back," Luhansk region governor Serhiy Gaiday told Telegram. "The city is divided in half, they are afraid to move freely there." Eight Russian soldiers were arrested.

The Russian side reported the withdrawal of some Ukrainian soldiers from Sievjerodonetsk on Saturday. "Some units of the Ukrainian army, which suffered heavy casualties (in some units up to 90 percent) in the fighting for Sieverodonetsk, are retreating towards Lysychansk," the Defense Ministry said in Moscow.

However, the city's mayor, Oleksandr Striuk, later stated that the "street fighting" continued. Ukrainian forces attempted to restore "complete control" over the city. According to British sources, Ukrainian troops have counterattacked in the past 24 hours. This step will probably weaken the operational dynamics of the Russian armed forces, which they had previously gained through the concentration of combat units and firepower, the Defense Ministry announced on Twitter, citing the regular intelligence report.

Sieverodonetsk is the last major city in the Luhansk region that Russia has not yet conquered. The declared goal of the Russian armed forces is to take over the entire Donbass region, which also includes the Donetsk region. Parts of Donbass have been partially controlled by pro-Russian separatists since 2014.

The neighboring cities of Sievarodonetsk and Lysychansk are around 80 kilometers east of Kramatorsk, the capital of the Ukrainian-controlled part of the Donetsk region. Before the start of the Russian offensive, Sievjerodonetsk had around 100,000 inhabitants. 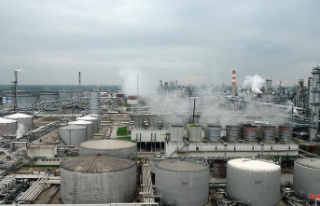 State has to tap storage: Breakdown in OMV refinery...