Scholz on the phone with Biden: Berlin and Washington are delivering tanks to Kyiv

The Chancellor hesitated for a long time, but now he is tipping his no to the delivery of heavy weapons to Ukraine. 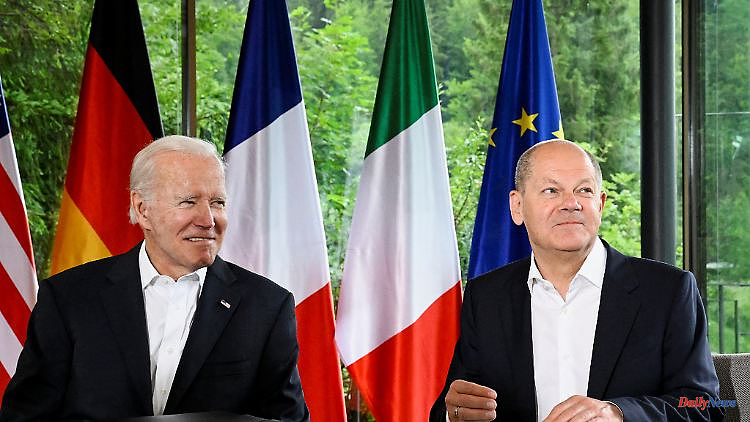 The Chancellor hesitated for a long time, but now he is tipping his no to the delivery of heavy weapons to Ukraine. A day after an identical announcement by the French President, US President Biden and Scholz promised Kyiv infantry fighting vehicles of the "Marder" and "Bradley" types.

Germany and the USA want to supply Ukraine with armored personnel carriers for the fight against the Russian attackers for the first time. Chancellor Olaf Scholz and US President Joe Biden agreed that in a telephone call in the evening, as it was then said in a joint statement. Germany will also provide Ukraine with a Patriot anti-aircraft battery for air defense. The US had already promised Kyiv one of the modern Patriot systems. Germany wants to supply the Ukrainian armed forces with the Marder infantry fighting vehicle, which was developed more than 50 years ago for the Bundeswehr. The USA send "Bradley" tanks.

These are the first Western-style armored personnel carriers to be received in Ukraine. It was initially unclear how many of the tanks should reach Ukraine by when. Government circles said that Ukraine should probably receive several dozen martens. So far, only Soviet models have been delivered to the war zone by Eastern European countries.

However, Ukraine has already received anti-aircraft, armored transport and armored recovery vehicles from Western manufacturers. Ukraine had been asking its western allies, and especially Germany, for months for battle tanks and armored personnel carriers. Scholz had repeatedly emphasized that Germany would not act alone on this issue and pointed out that no other NATO country had ever sent such tanks to Ukraine.

The Düsseldorf armaments company Rheinmetall had already offered 100 of the armored personnel carriers for the Ukraine in the summer. In the meantime, 40 of them are destined for Greece, which is supplying Soviet-designed armored personnel carriers to the Ukraine. Another 60 martens could possibly be given to Ukraine. The work on repairing and overhauling the weapon systems has been going on for several months and some have already been completed. 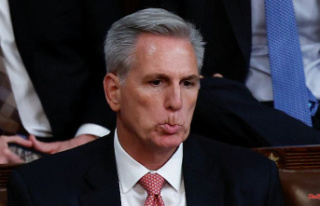 Madness in the US Congress: McCarthy falls through...