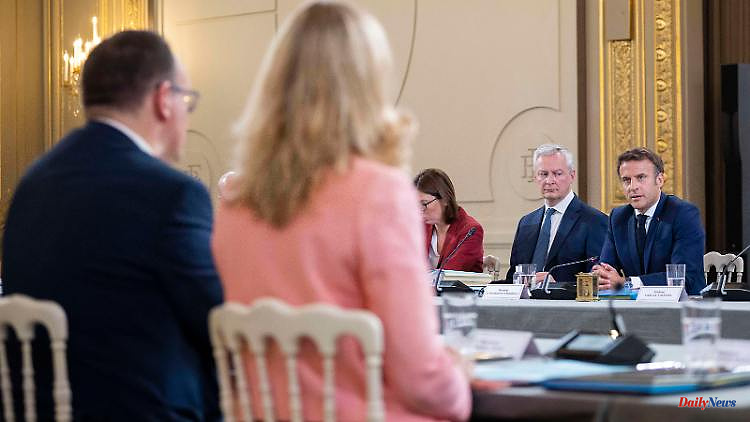 Ironically, two women accuse the Solidarity Minister of the new Macron government of rape. The judiciary is initially refraining from an investigation because the identity of the alleged victims is not known. It's not the only case for the President.

The new French government is under pressure over rape allegations against one of the new ministers. The accused Solidarity Minister Damien Abad rejected the allegations and calls for his resignation. The French judiciary decided in the afternoon not to investigate Abad for the time being. The reason is that the identity of the alleged victims is not clear, said the public prosecutor in Paris. An observatory for sexist and sexual violence had sent statements to the public prosecutor's office by two women accusing the new Solidarity Minister of rape. President Emmanuel Macron had made Abad's stay in government dependent on the decision of the judiciary.

In the summer of 2020, the head of state appointed Gérald Darmanin, who was also suspected of rape, as Minister of the Interior. In the meantime, the public prosecutor's office has applied for the investigation to be stopped, but a decision has not yet been made. Darmanin was confirmed in office last week. Against this background, Abad could remain in the government even if the judiciary should start investigations - if, for example, the two alleged victims file a complaint themselves.

Several women's rights organizations protested against Abad's appointment on Tuesday and called for his resignation. "The truth has to be found out, and only the judiciary can do that," said the new government spokeswoman Olivia Grégoire in Paris. The case is also sensitive because Abad has a disability and, when asked by Mediapart, emphasized that he was not physically capable of committing the crimes he was accused of. According to the online portal Mediapart, one of the two women accuses him of giving her a means of making her unconscious. Abad firmly rejected calls for his resignation. "Does an innocent man have to resign? I don't think so," he said.

There is also heated debate in the French media about the extent to which the allegations against Abad were known in political circles. Prime Minister Elisabeth Borne explained that she heard about it for the first time this weekend.

It was a coincidence that Macron's former Environment Minister Nicolas Hulot was also heard by investigators on Tuesday about allegations of rape. The former most popular politician in France is suspected of having sexually assaulted at least six women. One of them was 16 years old at the time of the alleged crime.

At the beginning of his mandate, Macron made equal rights for women a priority and convened a conference on domestic violence. During the election campaign, he proposed national registration of violent husbands and sex offenders. The French will re-elect their parliament in two ballots on June 12th and 19th. For the President, who was re-elected in April, the question is whether he still has a parliamentary majority behind him.

1 Gressel on the course of the war: "Putin will... 2 Largest British class action lawsuit: VW pays millions... 3 Bavaria: 25 students with breathing problems taken... 4 The government should be in place in June: Günther... 5 Season starts: Camping beginners should bear this... 6 "Bunga Bunga parties" trial: prosecution... 7 Russians are planning several boilers: US experts... 8 Baden-Württemberg: Because of vacation: No protection... 9 Green light from Brussels: Volkswagen can take over... 10 Scary march and violent riots: The eternal fan horror... 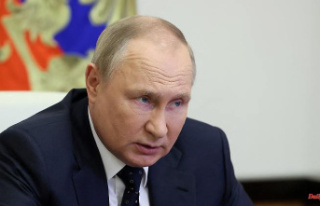 Gressel on the course of the war: "Putin will...