After the death of the Queen, the monarchy is under scrutiny. 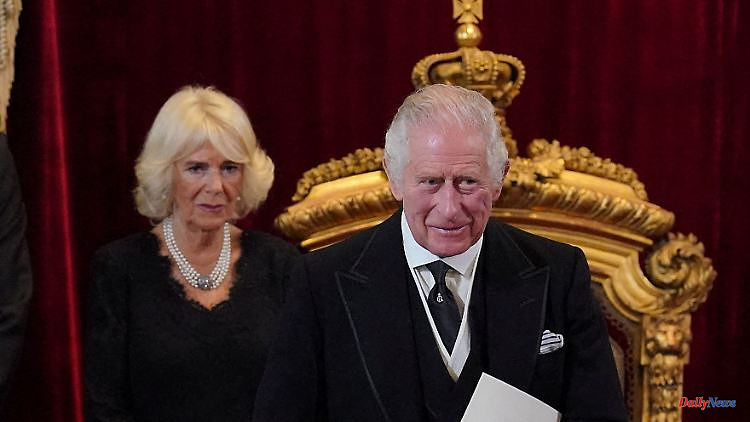 After the death of the Queen, the monarchy is under scrutiny. Some Commonwealth countries are considering abjuring the crown. But that doesn't mean that the confederation of states has to break up.

Prince Charles automatically becomes King Charles III on September 8 after the death of his mother. A few days later he is officially proclaimed king and takes the royal oath.

Charles is now head of state not only of Great Britain but also of 14 other countries worldwide, the so-called Commonwealth Realms. They in turn belong to the Commonwealth of Nations, a loose association of independent states. It consists of the United Kingdom and the former colonies of the British Empire. There are still 56 in total today, but only 15 of them also consider the British monarch to be the head of state.

The Commonwealth of Nations was founded in 1931. "The aim was to bring together a British past, which once had a colonial stamp, into a new form of voluntary meeting of democratically minded states and thus to support British international standing a little," summarizes the journalist Thomas Kielinger summarized the intentions in an interview with Deutsche Welle.

The Commonwealth is, so to speak, a successor to the British Empire. The members are under no obligation to one another. The states have their values ​​in common and that many of them used to be colonies of England.

Among the member countries are India, Pakistan, 21 African countries - including South Africa - or a number of island states in the Caribbean and Oceania, such as Fiji.

Over the last few decades there have always been exits and entries. Ireland, for example, left in 1949 when the country became a republic. Conversely, many former colonies joined the Empire when they gained independence from Britain. Cyprus, Singapore or Barbados for example. "The Commonwealth is proof that the sins of Britain's colonial past could not have been so great," says Kielinger.

Most members of the Commonwealth have opted against recognizing the British Crown as head of state. The countries with British heads of state - the Commonwealth Realms - include heavyweights such as Canada, Australia and New Zealand. But also Jamaica, the Bahamas, Papua New Guinea or the Solomon Islands in the South Seas. They all now have King Charles III. as the new head of state.

More and more of these countries are considering turning their backs on the British crown, especially after the Queen's death. Especially the states in the Caribbean. Just like Barbados. The Caribbean state abolished the monarchy last year and became a republic. The Queen was no longer head of state there.

Antigua and Barbuda wants the people to vote on the form of government in the next three years. The tiny Caribbean state of St. Kitts and Nevis is also considering becoming independent and abolishing the monarchy.

Jamaica also wants to follow the example of Barbados and is toying with the idea of ​​becoming a republic. "It is time for us to establish ourselves as a fully sovereign nation with our own Jamaican head of state," Jamaica's opposition leader Mark Golding told Channel 4.

The visit of Charles' son Prince William and Princess Kate in the spring showed that the relationship between the Caribbean state and Great Britain is ambiguous. During protests, demonstrators have demanded that the royals officially apologize for their involvement in slave ownership.

The Queen has traveled frequently to the former colonies. But people didn't always welcome her with open arms. In New Zealand, among other things, there was an assassination attempt on her in 1981. There are repeated calls for a republic in the country. New Zealand Prime Minister Jacinda Ardern told the BBC she expects her country to abolish the monarchy in her lifetime. But there are more pressing issues at the moment. Therefore, the government will not have the issue on its agenda for the foreseeable future.

New Zealand's neighbor, Australia, is divided on secession from the Crown. Polls show that 44 percent of the population are against the monarchy. Prime Minister Anthony Albanese supported the plan, but told NBC shortly after the Queen's death that the question of the republic was not on the table.

The British Crown does not oppose members of the Commonwealth wanting to say goodbye to the monarchy. Charles made that clear again in the summer - at that time still heir to the throne. The decision on the constitutional structure of the individual member countries, whether republic or monarchy, lies solely with the individual countries.

But not everything is running smoothly at the Commonwealth of Nations either. The slave trade, which Great Britain operated as a former great colonial power, is a burden on the confederation of states. Several former colonies want Britain to pay reparations for the slave trade. Great Britain expert Kielinger is also of the opinion that the British past must be dealt with.

Experts also criticize the Commonwealth as an archaic institution. What we see of the organization today is just a "ghost," according to Philip Murphy of the Institute for Commonwealth Studies at the University of London in a Reuters interview.

The members have no interest in leaving this functioning alliance, says Kielinger. People would desperately stick to what is available. And he makes it clear: "One shouldn't make the mistake of concluding that individual states want to become independent, because they want to leave the Commonwealth. Those are two very different things."

Not only the Commonwealth needs cohesion, but also Great Britain itself. Energy costs cause prices to rise. Groceries are expensive. Millions of Britons are on the brink of falling into poverty. The United Kingdom is far from having a welfare state. The British royal family must also lead the way. Charles wants to downsize the royal family, reduce the focus on a few members at the head of the royal family and possibly lay off more than 100 employees.

There is also a risk of a dispute with the new British Prime Minister Liz Truss. She is committed to fracking - Charles, on the other hand, is committed to environmental protection. That's a lot of construction sites for the new king. Apparently the Commonwealth isn't a priority for him at first. He will probably not make his first trip abroad, as is usually the case, to a member country - but to the EU country France. 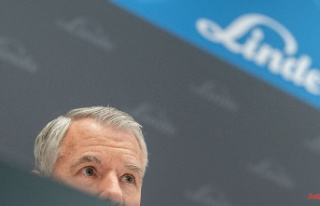 Distance to employees is growing: salaries of the...