The National Archives disclosed in a court filing that the former President Donald Trump tried to prevent documents, including drafts of speeches and remarks, call logs, and handwritten notes by his chief of staff, relating to Jan. 6 Capitol Insurrection, from being released to the committee to investigate the riot. 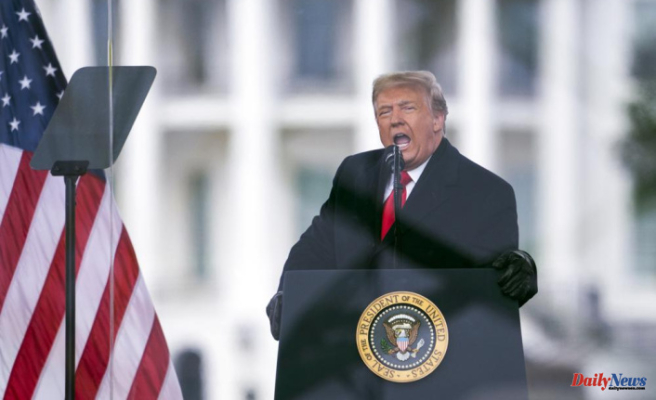 Trump sued the National Archives to stop them from transmitting the documents and many more to the House investigation committee. After deciding that it was "not in America's best interests," President Joe Biden refused to grant executive privilege to most Trump records.

This Saturday filing was made as part of the National Archives and Record Administration’s opposition to Trump’s lawsuit. It details the efforts of the agency to identify records from Trump White House in response a 13-page House committee request for documents related to the insurrection and Trump’s attempts to undermine the legitimacy and validity of the 2020 presidential elections.

This document gives a first glimpse at the type of records that might soon be handed over to the committee for investigation.

Billy Laster, director of the National Archives' White House liaison Division, stated that Trump sought to block 30 pages of "daily Presidential Diaries, schedules and appointment information for visitors to the White House, activity and call logs and switchboard shift-change checklists listing calls to the President and Vice president, all specific to or encompassing January 6, 2021"; 13 pages "drafts and remarks and correspondence concerning events of January 6, 2021", and three pages of "handwritten notes regarding the events in January 6 from Mark Meadows's's's's' files."

The other documents include a handwritten note from Meadows that "lists potential or scheduled briefings, telephone calls regarding the January 6 certification and related election issues" as well as a draft Executive Order about election integrity.

Laster's declaration states that the National Archives began its search with paper documents, as it took August for digital records from Trump White House to reach the agency. He wrote that the National Archives had identified "several hundred thousands potentially responsive records" from emails sent and received by the Trump White House during his presidency. They were working to determine if they related to the House request.

Biden has not waived executive privilege so far on almost all documents the committee has requested, but the committee did agree to "defer", several dozen pages of records requests at the request of the Biden White House.

White House counsel Dana Remus, White House counsel, wrote that Trump's records have not been shielded by Biden. She suggested that they could shed light on January 6th events and focus on the Select Committee's need for understanding the facts.

An armed mob made up of Trump supporters stormed Capitol Building on Jan. 6 to prevent Biden's election win being certified. The Democratic-led House impeached Trump on the charge that he incited the riot, but the Republican-led Senate acquitted him.

This suit also challenges the legality and constitutionality of the Presidential Records Act. It argues that allowing an incumbent president, to waive executive privilege of his predecessor months after he leaves office, is fundamentally unconstitutional. Biden stated that he would review each request individually to determine if the privilege should be waived.

1 G-20 opens with a call for more vaccines to be available... 2 How 'Let’s Go Brandon' became a code to... 3 During US debate, Biden receives Communion from Rome. 4 Americans can see what they want in the Rittenhouse... 5 Virginia's election will be a post-Trump test... 6 During decades of climate negotiations, the Earth... 7 Stargazers: A firework show called Northern Lights... 8 It's heartless! Artists: NYC tribute taken out... 9 Doctors say 2 protesters were killed by security forces... 10 The latest: OECD chief praises G-20 tax deal 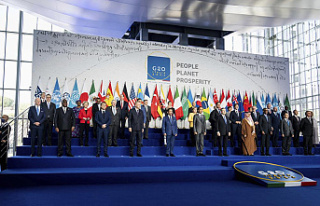 G-20 opens with a call for more vaccines to be available...