For Russians on the border with Ukraine, the war is getting closer: In many cities, the authorities are posting signs to air raid shelters. 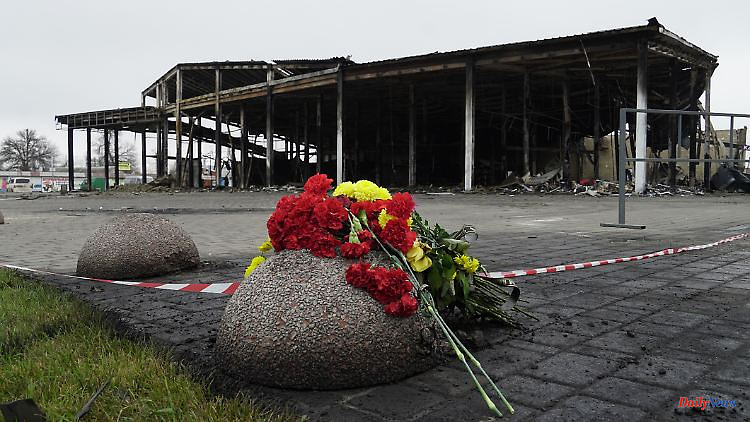 For Russians on the border with Ukraine, the war is getting closer: In many cities, the authorities are posting signs to air raid shelters. While Kiev's army leadership is warning of the next hail of missiles, NATO is discussing more defensive weapons.

According to media reports, signposts to bomb shelters have been hung up in several Russian cities. "In Rostov-on-Don, such a sign has been placed in the city center," reported the Internet portal Mediazona. Above all, regions near the Ukrainian border are affected by this official measure. There are also reports from the cities of Kursk, Belgorod and Bryansk.

In Belgorod, which is around 40 kilometers from the Ukrainian border, 700 such signs are to be installed by the end of November. The city with around 350,000 inhabitants has been shelled several times since the beginning of the war. Russia blames Ukraine, which usually does not comment on the allegations. In the western Russian regional capital of Bryansk, according to reports, the first cellars have been designated as shelters since August, as has the small town of Klintsy in the same area.

But it's not just cities in Russia close to the border that are taking precautionary measures. The authorities in the city of Novokuznetsk, where bomb shelters and corresponding signs have now also appeared, were particularly careful. Novokuznetsk is located in southern Siberia, a good 3000 kilometers as the crow flies from Ukraine.

Meanwhile, heavy fighting continued in eastern Ukraine, even in the cold, sleet and rain. Ukrainian forces repelled dozens of attack attempts by Russian soldiers every day, said Serhiy Cherevatyy, spokesman for the Ukrainian Army's Eastern Group. The areas around Bakhmut and Avdiivka were at the center of the heaviest fighting. In addition to barrel artillery, the Russian armed forces also used rocket launchers, mortars and tanks, with the support of their combat aircraft. On average, the Russian army conducts around 200 artillery strikes there every day. "But despite these efforts, the enemy has not been able to break through our defenses for months," said Cherevaty.

NATO Secretary General Jens Stoltenberg expected new talks about the delivery of additional anti-aircraft systems to Ukraine. He expects the foreign ministers' meeting in Bucharest to send out the message that more needs to be done to provide air defense systems, the Norwegian said on the sidelines of a meeting with Romanian President Klaus Iohannis. This also applies to the supply of spare parts and ammunition as well as the training of soldiers.

Russian President Vladimir Putin is trying to use winter as a weapon of war against Ukraine, Stoltenberg said, referring to recent Russian missile and drone strikes on energy infrastructure. "We must help Ukraine to defend itself against this terrible kind of warfare." Stoltenberg had already made it clear on Friday that the delivery of German Patriot air defense systems to Ukraine would not be taboo for him. If specialists are needed to operate these systems, Ukrainians could be trained in a NATO country.

Ukraine fears that Russia is preparing a new wave of attacks on the country's energy infrastructure. According to an army spokeswoman, a Russian warship with missiles on board was recently transferred to the Black Sea. "This indicates that preparations are underway," the spokeswoman said. "It is very likely that the beginning of the week will be marked by such an attack."

According to the Ukrainian Navy, a total of eleven Russian warships are currently in the Black Sea off the coast of Ukraine, and others are stationed in the Sea of ​​Azov and the Mediterranean. The systematic and targeted Russian bombing raids have brought Ukraine's energy infrastructure to its knees in recent weeks.

Even five days after the massive Russian rocket attacks, Kyiv is struggling with unannounced emergency power cuts. 55 percent of households are affected, said the military administration of the three million city via Telegram. The emergency shutdowns should not last longer than five hours. The local supplier had previously announced that each customer would be able to have at least four hours of electricity per day. Repairs to the damage are ongoing. Mayor Vitali Klitschko said the power supply problems would continue until spring. 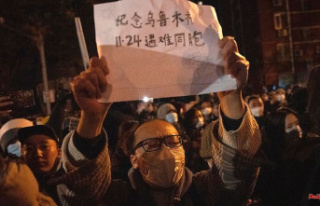