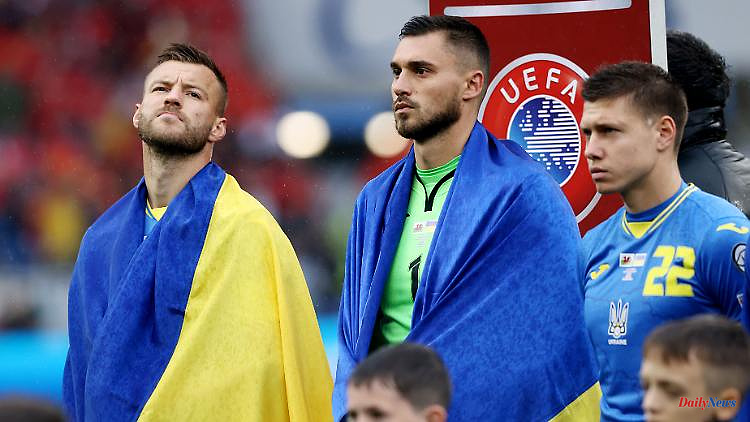 In February 2022, Russia attacks Ukraine, bringing war to Europe. Around 100 days later, Ukraine is playing for participation in the World Cup in Qatar. Although they lose in Wales, there is now an aftermath because of their jerseys - against Russia.

The Russian football federation RFU has filed a complaint against Ukraine's kits with FIFA. This is reported by the Internet portal "Inside The Games" with reference to the Russian news agency TASS. Ukraine played 1-0 in the playoff for the FIFA World Cup in Wales with jerseys showing a silhouette of the eastern European country including Crimea.

Referring to a referendum held in Crimea in 2014, RFU honorary president said Russia would have no choice, according to Inside The Games. "A protest is necessary, because after the referendum Crimea and Sevastopol are the territory of the Russian Federation, and if the territory of the Russian Federation is depicted on the equipment of another country, then accordingly we had to send such a protest," said Koloskov, a former FIFA vice-president and honorary member of UEFA.

In an interview with TASS, Koloskov also revealed the Russian view of the World Cup from Ukraine. The Welsh team's qualification for the World Cup, who will be back at the tournament for the first time since 1958, was a "triumph of sporting principles," he said.

The jerseys with the outlines of Ukraine caused tensions between the associations during last summer's European Football Championship. At that time, a spokeswoman for the Russian Foreign Ministry spoke of a "desperate art action" in Ukraine and a Duma deputy spoke out against the interference of sport in politics.

The Ukrainian President Volodymyr Zelenskyj, on the other hand, expressly welcomed the design. The jersey is "indeed different from everyone else. It knows how to shock. It has several important symbols that unite Ukrainians," the president wrote at the time in an Instagram post showing him wearing the jersey.

UEFA had largely approved Ukraine's kit despite Russian protests, requesting only a small change. The slogan "Honor our heroes" attached to the collar was classified as political and had to be removed from the jerseys. All other elements, such as the rallying cry "Glory to Ukraine" and the silhouette of the country with the Russian-annexed Ukrainian Black Sea peninsula of Crimea and the then separatist-controlled Donbass regions, were approved by the European Football Union.

UEFA and the world association FIFA had excluded national and club teams from Russia from all competitions because of the aggressive war. The women's national team has been excluded from the EM from July 6th to 31st in England. She is replaced by Portugal. Russia had recently toyed with the idea of ​​leaving UEFA and moving to the Asian confederation.

FIFA had excluded Russia, the host of the 2018 World Cup, under massive pressure from the European associations with the pioneer Poland from the playoff games for the World Cup in Qatar, but otherwise behaved almost neutrally to the war in Ukraine. At the FIFA Congress in Doha in early April, Russia sent a delegation to the desert state, while the president of the Ukrainian association, wearing a bulletproof vest, reported to Kyiv.

"We are not responsible for everything bad in the world and we cannot solve all problems. But we can give hope," said FIFA President Gianni Infantino at the congress, which did not discuss the possibility of the Russian FA being expelled from FIFA had been discussed. 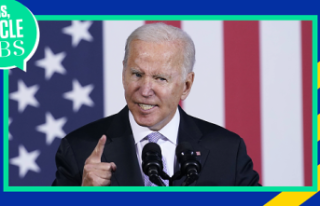