The German national soccer team botched the start of the World Cup. 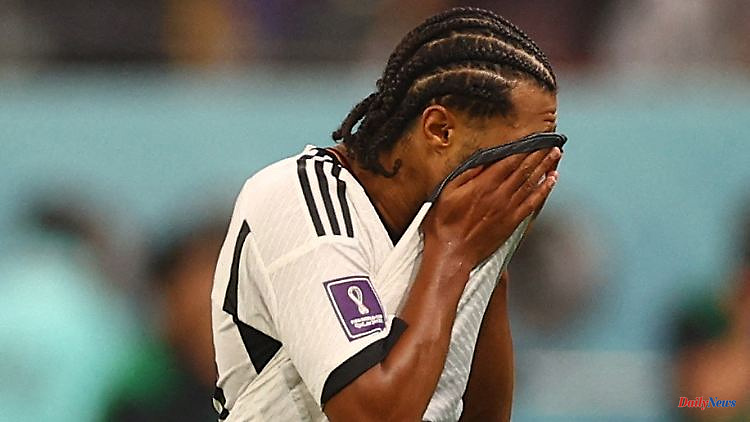 The German national soccer team botched the start of the World Cup. Despite the lead against Japan, there is déjà vu at the end of the debacle tournament of 2018. The team of national coach Hansi Flick acts far too erratically.

Hansi Flick sat on the bench with a stony face, his signals no longer had any effect. The German national team sent a remarkable signal with a strong "muzzle" gesture, but the hunt for the fifth World Cup star began, as in the 2018 disaster, with a terrible defeat. The DFB selection lost 1: 2 (1: 0) against the four-time Asian champions Japan.

Bochum's Takuma Asano (83rd) and Freiburg's Ritsu Doan (76th) spoiled the start of the tournament for the defensively shaky German team. İlkay Gündoğan, who was preferred to Leon Goretzka, put the four-time world champion in the lead with a penalty kick (33rd), but the subsequent superiority with many good chances remained fruitless. Germany had already missed an opening win in Russia. Flick's selection is under pressure to win against Spain on Sunday.

"We made it too easy for Japan. I don't know if an easier goal was ever scored at a World Cup," Gündoğan said frustrated on ARD. "That must not happen to us." Thomas Müller called it "ludicrous that we are now defeated here" on MagentaTV.

In the dispute with FIFA over the "One Love" armband, the team with their captain Manuel Neuer did not want to be banned from speaking - in the team photo before kick-off, the players put their hands to their lips in silent protest. The TV world view controlled by the World Association did not show the impressive scene - it still went around the world on the Internet. After that, however, it could not be overlooked in the Khalifa International Stadium that the German team had more problems with the nimble Japanese than they could have liked. The German defensive in particular seemed indisposed.

In defense, Flick relied on Niklas Süle, Antonio Rüdiger and Nico Schlotterbeck, with whom he planned "a targeted three-way build-up without running into the open knife," as he revealed before the game on ARD. That almost went wrong early on, in Germany's turbulent early phase, after Gündoğan lost the ball, Japan scored a goal through Daizen Maeda (8'), which was disallowed for offside. But this was always a warning shot.

Gündoğans had been commissioned by Flick to pull the strings alongside Joshua Kimmich in midfield. The national coach also had clear ideas for the offensive. Up front, Thomas Müller should do it as a "ten", Jamal Musiala, Serge Gnabry and Kai Havertz as a striker - the ailing Leroy Sané was not an alternative. "We try," said Flick, "to act flexibly and variably, I'm curious to see how they implement it."

The first goal approaches came from Rüdiger with a header (17th) and Kimmich, whose long-range shot was parried with flying colors by goalkeeper Shuichi Gonda (20th). The Japanese, who started with five players from the Bundesliga, made life difficult for the DFB selection. Kimmich and Gündoğans were constantly attacked. In addition, there were simple ball losses, which were gratefully accepted by the Blue Samurai. Flick had to express his displeasure to Schlottbeck in particular early on.

After 25 minutes, the DFB selection was in the game, things became increasingly turbulent in front of the Japanese goal, and then Gündoğan had a clear shot: After goalkeeper Gonda fouled David Raum, the following penalty was undisputed, the Manchester City captain kicked it in the middle of the goal. After that, Germany was superior but failed to extend the lead. A Havertz goal just before the break was disallowed for offside.

There were plenty of opportunities to set an exclamation mark in sport: a shot by Gnabry grazed the crossbar (47'), after an irresistible dance against six opponents, Musiala shot over the goal (52'), Gündoğan hit the outside of the post (60'). . If the German team had anything to complain about besides the poor defensive performance, it was this: Despite the great superiority and a large number of good opportunities, a second goal was missing.

However, it became clear again and again that no carelessness should be allowed against the Japanese - Maeda, employed by Celtic Glasgow, also almost scored the equalizer shortly before the break. This and the winning goal then fell to a significant increase in performance by the Japanese and the latent negligence of the German defense. 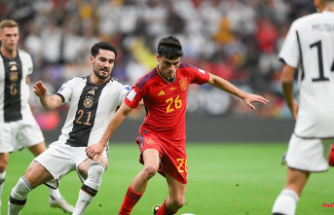 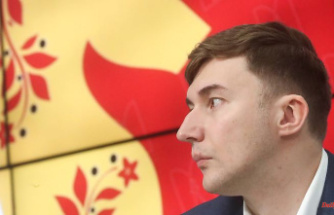 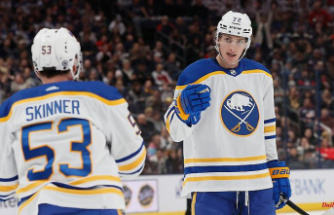 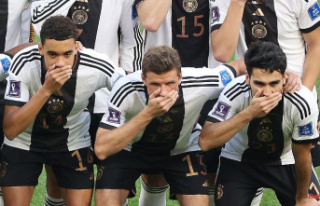 DFB gesture celebrated, but ...: This silence does...