Eintracht remains the good feeling: When Real Madrid plays, football is so banal

Eintracht Frankfurt impressively shakes off the swatter against FC Bayern - and gives Real Madrid a big fight in the UEFA Supercup. 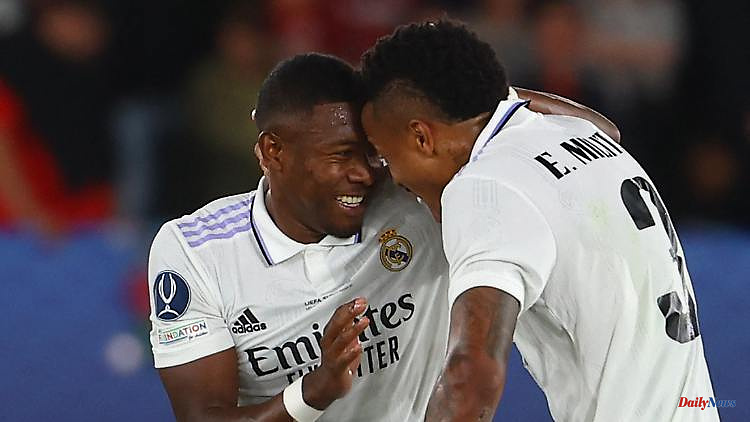 Eintracht Frankfurt impressively shakes off the swatter against FC Bayern - and gives Real Madrid a big fight in the UEFA Supercup. But two defensive failures and a lack of callousness in front of the opposing goal prevent the next magical night in Europe.

The first encounter between the two teams was gigantic, historic, heroic. The second duel between Eintracht Frankfurt and Real Madrid, 62 years later, was, well, irrelevant. A mention in the football chronicles, no mention in the history books. The Bundesliga team, last season's Europa League winners, lost the UEFA Supercup 2-0 to the mature Spaniards, the Champions League winners. FC Bayern, who lifted the trophy in 2013 and 2020, remains the only German winner of UEFA's coronation game. With their fifth Supercup title, Real catches up with the two record holders FC Barcelona and AC Milan. For those who are still interested, the game took place in Helsinki. That was not in terms of sustainability. So it fits the course of the game. Real can take the silverware with them, Eintracht feel good.

That, the good feeling, was fatally stolen from Frankfurt last Friday. From FC Bayern, who played Eintracht faster than any police would allow. There was no déjà vu with the speed in the Olympic Stadium in the Finnish capital. That wasn't to be expected either. Because the "Royal" are more of a leisurely team. Unless the team chooses the Vinicius Junior option. The Brazilian was a child on the pitch for a long time, only last season did he find his way to consistency and efficiency. And he gives few hints that he wants to leave this path. Where Vinicius Junior was, there was danger. He took the corner before David Alaba made it 1-0 with a shot that Kevin Trapp saved phenomenally. He put on the 2-0 through Karim Benzema.

The story of this duel can be told very, very quickly. Real only needed a few minutes to properly channel the opponent's courage. But then the "royal" Bermuda Triangle - Toni Kroos, Casemiro and Luka Modrić - increasingly sucked the energy out of the Frankfurt team. She was always trying, played well, was relatively safe, but overall had no chance. The team got their feet sore while Madrid spun the ball cleverly, breaking free with the inspiring ease and enchanting movements of Modric and Karim Benzema, and the passes of Kroos. Maybe things would have turned out differently, maybe this game would have been more exciting if Daichi Kamada had taken the lead after 15 minutes and not been denied by Titan Thibaut Courtois? Who knows? The subjunctive remains the greatest enemy in a footballer's memories.

The memory of one of the greatest games of all time was evoked in the Helsinki days. The national championship final on May 18, 1960 brought about a renaissance in this country - and also in Spain. The Hessian eagles had been torn apart by the white ballet on the green dance floor with a score of 7:3. In the hero roles at that time: Alfredo di Stefano and Ferenc Puskás. In the hero roles this evening: Vinicius Junior and Casemiro. The Brazilian is a nasty duel partner. Not overly unfair, but very robust. He has the ability to take away the opponent's desire to play. That may not have been consistently successful in the Olympic Stadium in Helsinki, but the way he fought in a duel intimidated some Frankfurters, such as Ansgar Knauff. And sometimes the energetic and strong Jesper Lindström.

So what remains of an evening that should have pleased UEFA in particular because it brought in a lot of money? Real Madrid can claim that this ensemble has lost none of its remarkable rip-off during the summer break. Carlo Ancelotti's team knows exactly what to do on the field and when. The trainer, who had been written off so many times and just as close to retirement, handles this ensemble in a paternally caring manner. He directs it to a fascinating mixture of simplicity, cleverness and tactical free spirit, which is used profitably again and again. And with all the composure of still being one of the best coaches in the world, Ancelotti says: "We didn't make a spectacular game, but it was solid. We knew that they could be dangerous in the transition. We just had to be efficient and we did that." Football is that simple.

Even after so many years and titles, this team still has a remarkable thirst for triumphs. The corner before 1-0 is the best example. The ball lands on goal scorer Alaba over three stations. Real is always a step faster - and that's in their first competitive game of the season. All the farewells that have been sitting in the drawers for years can continue to be kept under lock and key. This team shows no signs of wear. Also because it doses its game perfectly, holds the ball or defends it intelligently. But also because the upheaval is very gentle. The future stars are bought and allowed to develop. This was already the case for Eduardo Camavinga last season. Now Aurélien Tchouameni is to be introduced. Both play in central midfield, so they are the appointed (and expensive) successors to Kroos, Modric and Casemiro.

What can Eintracht take with them? First of all, she must discard any possible self-doubt that may have been recorded in the night from Friday to Saturday. That night after the game that fascinated Germany about football. FC Bayern was that strong without Robert Lewandowski. Eintracht need not worry too much that a magical year will be followed by a tragic one. Although the past Bundesliga season was the constant hangover after the intoxicating European Cup parties. Even without Filip Kostić, who had become a symbol of commitment and passion in Frankfurt. He is drawn to Juventus Turin. A replacement for the long-term sprinter should come soon, says coach Oliver Glasner. Incidentally, the Serb was the only player from both teams who was not in the starting line-up of the Triumph troops. For the coaches, it was more of a reward than a crowning game. They trusted their heroes.

But of course this evening is not just good for being sure that everything can be fine. This evening filled the exercise book well for the coming days and weeks. Then it's about the naive mistakes and callousness in front of goal. Real Madrid is probably the smartest team in top-flight football, but other teams also know how to make a profit from such big positional mistakes and blunders (at 0:2 the ball slipped past keeper Kevin Trapp). "Of course you want to win the title in a game like this," said Sebastian Rode on the DAZN streaming service. "That just wasn't enough today. You have to take advantage of the chances against the Champions League winners, we didn't manage that." Football is that simple. 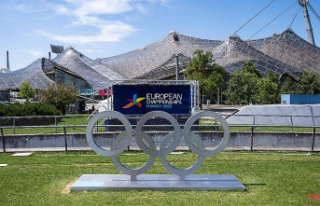