First it's a German double victory, then the jury corrects the eventing result at the CHIO. 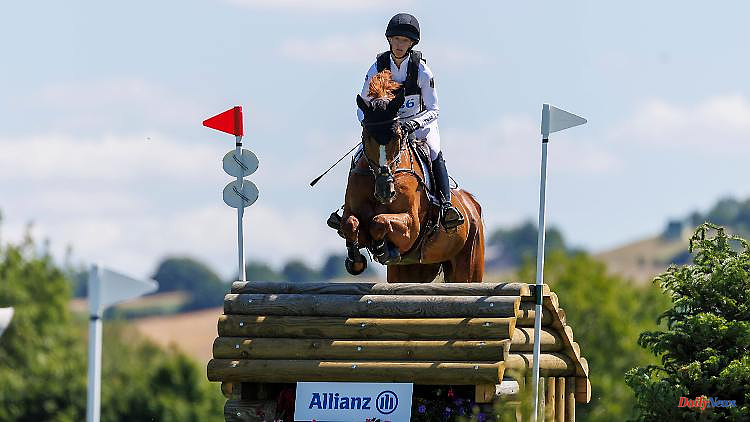 First it's a German double victory, then the jury corrects the eventing result at the CHIO. Michael Jung subsequently loses the victory, Sandra Auffarth moves up to first place. The jubilation is mixed with the shock of a world champion's horse.

The three-time Olympic champion Michael Jung subsequently lost his victory in the eventing competition at the CHIO in Aachen due to a jury decision. Nevertheless, there was a German success through Sandra Auffarth. The former world champion from Ganderkesee initially improved to second place behind Jung and his top horse Chipmunk in cross-country riding on Viamant Du Matz. After the judges, after evaluating videos, decided that the exceptional rider had not overcome an obstacle correctly and received 15 penalty points for it, the 35-year-old even slipped all the way to the front.

Nevertheless, Jung should have strongly recommended himself for a World Cup nomination, and there should be no way around Auffarth. Sophie Leube, who runs her own training stables in Hamm, Westphalia, also showed a strong performance and took an excellent sixth place with the twelve-year-old mare Jadore Moi in the world-class field. Unlike usual, the test in Aachen ends with the cross-country ride instead of the jumping.

Olympic champion Julia Krajewski and European champion Ingrid Klimke are also firmly scheduled for the World Championships - who, after her mare Siena passed by just do it, delivered the discarded result in the team classification. Behind last year's winner, Great Britain, Germany finished second by a considerable margin, followed by the French, who are already in the middle of preparing for the 2024 Olympics in Paris with many young horses.

Julia Krajewski, who competed in Aachen with her gold horse from Tokyo, was satisfied with her Mandy, although the mare almost fell during the last deep jump on the water after entering the stadium. "You could tell that she wasn't on the road that often this year," said Krajewski: "In between, she was almost a bit surprised by the large number of spectators."

The cross-country ride was overshadowed by an injury to Allstar, World Champion Rosalind Canter (Great Britain). The 17-year-old stallion lost his left front leg after a jump. There hadn't been a fall, possibly Allstar's leg had hit an obstacle with full force. "It's really terrible," said Ingrid Klimke on the WDR microphone: "I experienced something like that myself with Bobby, it's a disaster for the rider."

Allstar was taken to the clinic by van, the event was interrupted for a few minutes. A little later tournament director Frank Kempermann announced that the horse had been put to sleep. "The injury could not be operated on," Kemperman told WDR: "The owners then made the decision." That was a heavy blow for the cavalry, said Kemperman: "But it was an accident that can always happen." 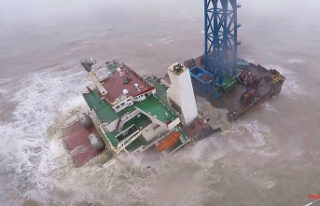 Disaster in the South China Sea: Ship caught in typhoon...