Lückenkemper quarrels with himself: Fraser-Pryce runs the fastest World Cup sprint of all time

The track and field athletes' 100-meter sprint is once again the big show for the Jamaican women: "Pocket Rocket" Shelly-Ann Fraser-Pryce wins her tenth gold medal at a World Championships. 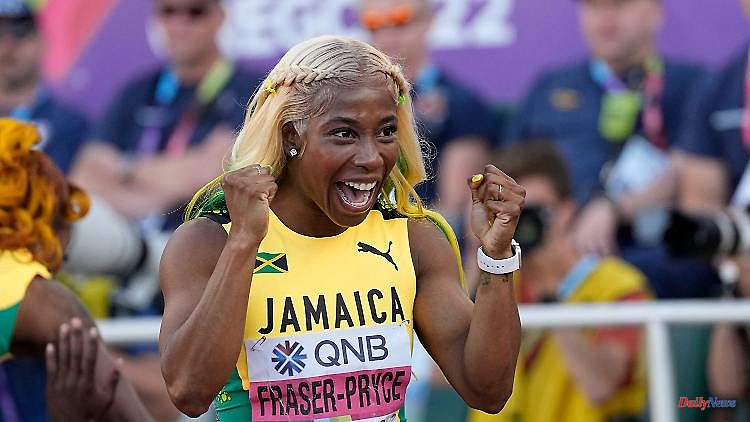 The track and field athletes' 100-meter sprint is once again the big show for the Jamaican women: "Pocket Rocket" Shelly-Ann Fraser-Pryce wins her tenth gold medal at a World Championships. Gina Lückenkemper, on the other hand, does not even make it into the final.

Jamaican Shelly-Ann Fraser-Pryce has made history by winning the 100-meter world title for the fifth time. 13 years after her first triumph in Berlin in 2009, Fraser-Pryce prevailed in Eugene in 10.67 seconds. It was the best time in World Cup history. Shericka Jackson (10.73) and Olympic champion Elaine Thompson-Herah (10.82) made Jamaica's triple triumph perfect. The day before, the USA had managed the "sweep" in the men's 100-meter final.

"I feel blessed to have this talent and still be at it at 35 and with a baby and hopefully be able to inspire women to find their own path," said Fraser-Pryce.

The 35-year-old "Pocket Rocket" Fraser-Pryce, for whom it was her tenth world title, is the only track and field athlete to have won five gold medals in the same individual discipline. Pole vaulter Sergej Bubka (six titles) and discus thrower Lars Riedel (five) achieved this among the men. After the success in Berlin over 100 meters, Fraser-Pryce also won in Moscow in 2013, in Beijing in 2015 and in Doha in 2019. There is also one 200-meter gold and four world titles with the relay. Only the American Allyson Felix (13) and the Jamaican Usain Bolt (11) have more World Cup triumphs.

The German top sprinter Gina Lückenkemper had previously been eliminated in the semifinals. The 25-year-old from SCC Berlin came fourth in the third and final run. "11.08 seconds was definitely not what I had planned. I wanted more," was her comment after the World Cup. "Nevertheless, 11.08 seconds is a good performance and I finished thirteenth in the World Championship."

Together with Olympic fifth-placed Alexandra Burghardt, who was not in top form after contracting norovirus and was eliminated in the pre-run, she is hoping for a greater sense of achievement in the sprint relay. "I do believe that the relay will be cool and that we will have a decent team on the track," said Lückenkemper. "We can really conjure up something on the floor." 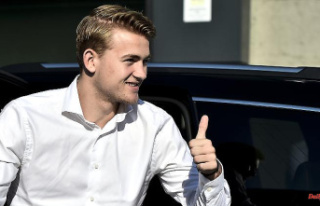