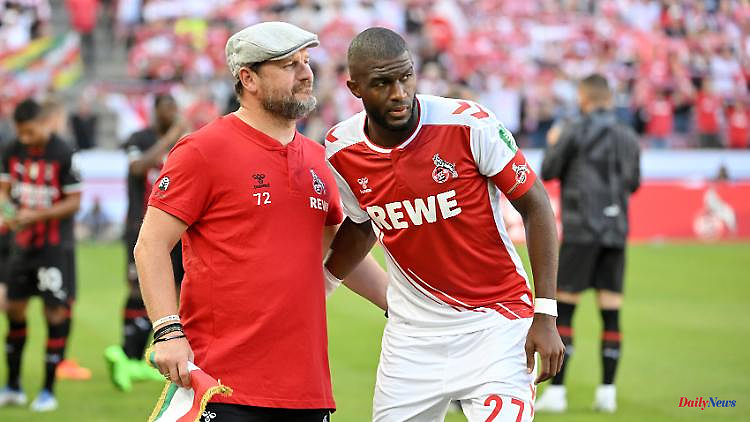 Before 1. FC Köln start the Bundesliga, it is leaked that top striker Anthony Modeste will switch to BVB. His future ex-coach Steffen Baumgart has less of a problem with the transfer itself - more with the fact that he becomes public shortly before kick-off.

After the announcement that Anthony Modeste would leave 1. FC Köln and switch to Borussia Dortmund, coach Steffen Baumgart launched a verbal sweeping attack. The fact that in the run-up to Cologne's game against Schalke 04 (3-1) it was leaked that top striker Modeste would leave the club "pukes me up," stressed Baumgart.

"It doesn't come out on Friday and Saturday, and then we play, have an important game - and then it comes out. That pisses me off," Baumgart complained: "It's not the first time I have the feeling it's coming something out, and not from us. It doesn't matter who then says shit. Four hours before the game, that puts us in a difficult situation."

It has "to do with fair play that you keep it under the cover and don't talk big about it," Baumgart said indignantly: "That's what really gets on my balls. In my situation as a coach, you can imagine that I have the arse card. I have a good relationship with Tony, but I still have to make a decision. Everything else is part of the business. We made a clear decision, we will deal with it and live with it."

However, Baumgart emphasized that he would not investigate from which camp the information was made public, for whom there was no alternative to removing Modeste from the squad for the Schalke game at short notice: “Tony wanted to play. I didn’t have it for considered appropriate. If someone doesn't follow the path anymore, you have to make decisions."

In Dortmund, Modeste should complete the medical check on Monday and then the transfer should be made perfect. BVB is looking for a replacement for its seriously ill striker Sebastién Haller at short notice.

For Baumgart, however, it was clear that he would not put any obstacles in Modeste's way. The striker had already received a lucrative offer from another club last winter, and at the time it was agreed that talks would be held in the summer if a similar situation recurred.

"In a joint exchange, even after the history from the winter, we were of the opinion that we should deal with the transfer," said sporting director Christian Keller: "There were quite a few reasons that spoke in favor of agreeing to the transfer." With an estimated annual salary of 3.5 million euros, Modeste is the top earner in Cologne. 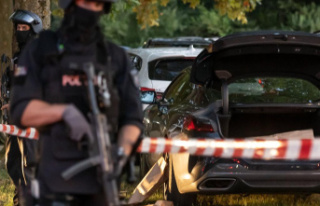