Mishaps on home debut: The mysterious hole in Rangnick's lawn

Ralf Rangnick got off to a strong start in his era as Austria's national football coach. 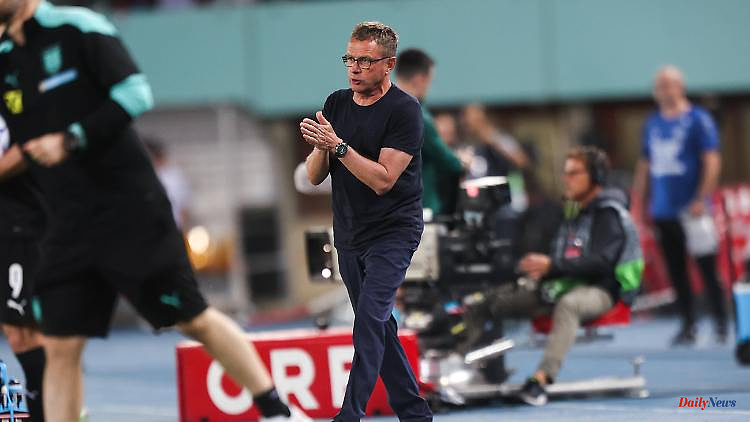 Ralf Rangnick got off to a strong start in his era as Austria's national football coach. But the home debut of the former Bundesliga coach in the Nations League against Denmark produces several curiosities - only one of which is the result.

It had already started stupidly, Ralf Rangnick's home debut as coach of the Austrian national soccer team: Stupid, because much too late! The Nations League game between Austria and Denmark was only started around ninety minutes late because the Ernst Happel Stadium in Vienna was affected by a power failure. The encounter was then unfortunately lost 1:2, given the strong performance of the Austrians with a clear increase in chances, especially in the second half, Rangnick thought he was "in the wrong movie". Due to the narrow bankruptcy, Austria had to give up the lead in its Nations League Group 1 just three days after the 3-0 win in Croatia.

But the best news of the evening is that nobody was seriously injured. Because what only a few could see became clear the day after the game: The game could have ended with a bad injury. Because a few seconds after the final whistle, a deep hole opened up in the middle of the pitch! Apparently, Danish striker Andreas Skov Olsen was the first to notice that one of Skov's legs disappeared several centimeters into the grass. TV pictures show how the Dane excitedly demonstrates to fellow players how he sinks into the hole almost up to his left knee. During the game, the approximately 40 by 40 centimeter goal to the ground of the playing field had not yet opened - it would have been a huge source of serious injuries.

At the Austrian Football Association (ÖFB), “the exact circumstances are being clarified, a connection with the heavy rains of last night is suspected,” as the association explained to the “Today” portal. Austria is already welcoming world champions France on Friday, according to the ÖFB, the game and the well-being of the players is not at risk. Specialized technicians would still check the lawn, the association said.

After all, Rangnick was not dissatisfied after his first defeat as national coach. "It was a game that we played really well for long periods, especially when Denmark had possession. Apart from conceding two goals, we didn't do much wrong." Only when in possession of the ball did you "not always make the right decision", complained the coach. "Perhaps a little bit of luck was missing, but I can only compliment the lads for the power they brought to the pitch after a long season. What we invested was outstanding," said Rangnick and summed it up: "I'm mostly satisfied with the performance, but not with the result." 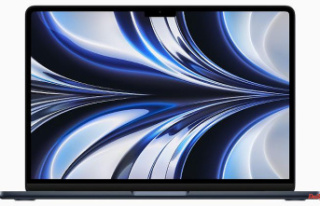 M2 chip, MagSafe, high prices: This is the new MacBook...