Missing at kick-off: When Schalke's goalkeeper was stuck on the toilet

Season 1974/75: Bayern go down in the league, Uli Hoeneß betrays his own team, at Schalke they cunningly and strangely prevent the transfer of a Sonnyboy and in Bochum the opposing keeper is missing after the second half has started - for delicate reasons!. 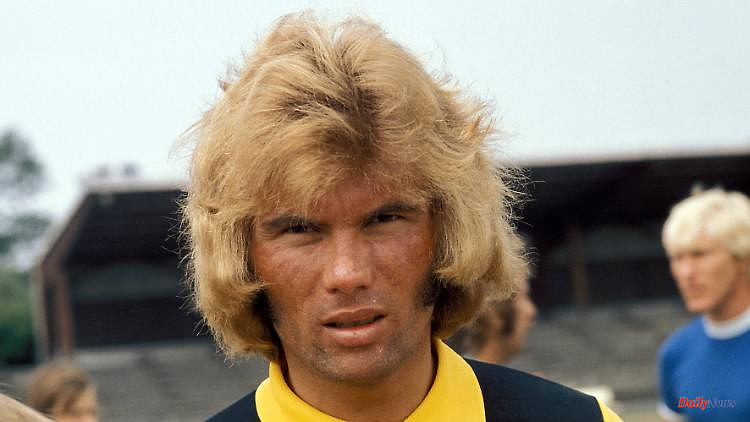 Season 1974/75: Bayern go down in the league, Uli Hoeneß betrays his own team, at Schalke they cunningly and strangely prevent the transfer of a Sonnyboy and in Bochum the opposing keeper is missing after the second half has started - for delicate reasons!

The 1974/75 season started spectacularly. On the first day of the game there was a clear 6-0 smack for Bayern at Offenbacher Kickers. What were those times? At the time, however, Bayern coach Udo Lattek responded to the threat of a catastrophic Bundesliga season with humour: "We're just tackling our crisis earlier this year!" But this crisis persisted. In Munich people were increasingly confused. So confused that after beating Fortuna Düsseldorf 4-0, Sepp Maier suddenly announced, confident of victory: "We'll be German champions again this time."

The football fans rubbed their eyes in amazement and the Bundesliga officials checked their ears: Sepp Maier said this sentence after the 16th matchday. Bayern was eleventh in the table at the time, had just 16 points and was seven points behind leaders Hertha BSC. And so in the end it was only enough for a disappointing tenth place in the table. But the notorious Bayern winner gene - paired with the "Mia san mia" self-image that seemed arrogant in this situation - slowly and clearly emerged, as one could see from Maier's saying. Over the years, this mentality would eventually become legendary.

For many, the crisis at Bayern Munich had a name: Uli Hoeneß. "It's not okay for everyone to do what they want. These are worrying signs of decay," said manager Robert Schwan after Uli Hoeneß was absent from FC Bayern's training without an excuse and therefore not at the match of the 15th matchday in Bochum on Saturday was there. But where has Hoeneß been instead? A letter from a Bayern supporter solved the mystery. While training was in Munich, the enterprising Bayern star wrote his fingers sore in Frankfurt.

Three autograph sessions in a row, as a newspaper advertisement proved in black and white. Cheating on your own team. As a result, Bayern lost 3-0 at VfL. Curious detail: Just a short time before, Franz Beckenbauer demanded of his teammates very farsightedly: "We finally have to live just for football again. Then there will be no more time for autograph sessions. They ask for 500 marks, waste all their free time and then come late for practice." Did Hoeneß intentionally ignore it?

Strange things also happened at Schalke this season. The Royal Blues wanted to present the fans with a real cracker and after the World Cup on their own country they looked to the blonde defender Marinho from Brazil. A real bon vivant was that and one for the eye. The royal blue football ladies were already very enthusiastic about the Sonnyboy. But he wasn't committed yet. Since his transfer was not exactly cheap and Schalke were always very short of money, the supporters should decide on the change themselves. In the game against Bayern, 70,000 fans put their crosses on a ballot. Ballot boxes were set up at the exits, and after all eligible voters had cast their votes, the containers were taken to the club's office.

But Schalke wouldn't be Schalke if they had calmly counted the slips of paper and then announced the result to the assembled press. no Before anyone had even seen the ballot papers, they had already been picked up by the garbage disposal along with the urns. Of course, nobody knew at first. However, since the transfer would have exceeded Schalke's finances anyway, Charly Neumann and Günter Siebert announced in unison with mock innocence: "Marinho was rejected by the spectators with a narrow majority." Siebert later admitted that the Marinho transfer would have been a size too big for Schalke: "This time I got stuck on the moon." And the decision wasn't the worst for Marinho either, as a German friend, who translates and answers 200 fan letters a month from Europe for the Brazilian, explained: "Francisco should stay in Brazil because in Europe he would be homesick not last four months."

And then there was the fourth matchday of the season - on which a completely unique situation took place in the almost 60 years of the Bundesliga. During the game between VfL Bochum and FC Schalke 04, the following funny story happened in front of 29,800 spectators at the Ruhr Stadium construction site. VfL top scorer Jupp Kaczor remembers: "After half-time we started, the ball was passed to me, and suddenly there was an outcry in the stadium as if I had scored a goal. I thought they were happy because I had the ball stopped well. I kept playing the knicker, and out of the corner of my eye I saw the nigbur run onto the field and rush into his goal. We found out afterwards that they had locked him in the toilet."

From Norbert Nigbur's point of view, the story sounded like this: "During the break I went to the toilet, where I stayed for a relatively long time. When I came back, the teams were already on the field. Rolf Rüssmann was completely horrified in goal, because the referee had already whistled. When I wanted to go onto the field alone, I was stopped by a police officer: 'No one can get through here!' It wasn't until I made it clear to him that I was the Schalke goalkeeper that he let me pass with a skeptical look. The people laughed terribly and the referee was really blaming himself afterwards." By the way: The man in black that day was a certain Volker Roth. Later he was to hold the high office of DFB referee chairman.

1 More and more resistance: Experts warn of the "post-antibiotic... 2 Caravan Salon bigger than ever: Compact mobile homes... 3 Dispute over church contract: Montenegro's government... 4 400-meter festival in Munich: The German approach... 5 160 million euros so far: Corona warning app will... 6 "It's like Covid": Kobe Bryant's... 7 Thumbs up for love: Julian Nagelsmann shows up with... 8 Bavaria: Overflowing basement after rainfall in Bavaria 9 Bavaria: sweet or salty? What wasps like to snack... 10 Bavaria: Pumpkin harvest has begun: Hardly any losses... 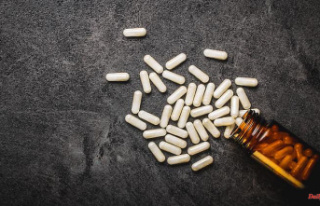 More and more resistance: Experts warn of the "post-antibiotic...