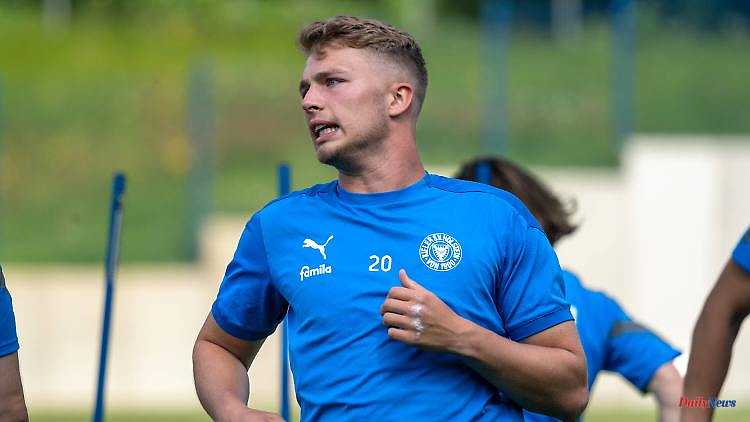 Striker Jann-Fiete Arp leaves FC Bayern and moves to Holstein Kiel. He was already on loan to the second division team last season. Arp came to Munich from Hamburger SV in the summer of 2019 as a great hope for youngsters, but was never able to assert himself.

Second division soccer team Holstein Kiel has signed Fiete Arp. The 22-year-old offensive player from FC Bayern Munich has signed a two-year contract with the Schleswig-Holsteiners until June 30, 2024, the club announced. KSV had already loaned the former U19 international from Bayern for a year last season. Arp had played 24 second division games with the North Germans and scored two goals.

"He settled in very well with us last season. Professionally, he faced the challenges of the team and the league and indicated his potential," said sporting director Uwe Stöver. "We are convinced that he will bring us a lot of joy here and will continue to grow in his development." The striker says about the change: "I felt incredibly comfortable here. That's why the decision wasn't difficult for me to want to continue on the KSV path."

Arp moved from Hamburger SV to Munich in 2019 as a promising talent, even as a child prodigy, but played no role in the record champions' first team. He didn't play a single Bundesliga game in three years, was only in the squad five times and mainly had to play in the second team. For this he received a total of 12 million euros in salary from the Munich team.

After the end of his loan to Kiel, he would have cost FC Bayern a salary of four million euros again - plus one million euros in possible bonuses. According to "Bild", the Munich team therefore took a special step: Arp, who still has a contract with Bayern until 2023, will be paid three million euros so that he can change. A settlement for the final farewell of what the "Bild" calls it, "3 million flops".

"Fiete Arp came to FC Bayern as one of the greatest German offensive talents. He made his first Bundesliga appearances for Hamburger SV and played a very good U17 World Cup for Germany," Hasan Salihamidzic looked back and added: "Sometimes fulfilling unfortunately not expectations." The German record champions "discussed our options in detail" with Arp, the sporting director continued, "and in the end we were both convinced that it would be best if Fiete embarked on a new path."

With the Holstein Kiel team, Arp was only able to travel to the training camp in Zell am See in Austria due to a special arrangement. Stöver said he had obtained a guest performance permit for the striker. This should end on Sunday after the Kiel training camp. On Saturday, KSV Holstein will play a friendly against the Austrian first division side Wolfsberger AC. The day after, the team travels back.

According to the sporting director, the current squad of 31 players will be reduced. He assumes "that something is still happening on the outgoing side," said Stöver. Because 15 players were recently missing in preparation due to Corona, the club drew up a catalog of behavioral measures. "Our players should not be barracked, but sensitized," said Stöver.

1 Christian Jacob steps down as President of LR. Annie... 2 Ice-cold mercenary at Bayern: The sad end of Robert... 3 After false accusations made against Garrido &... 4 Heavy rain, doping raid: Pogacar shocks competition... 5 Basketball. In the elite, Benjamin Boury, a Savoyard... 6 To applause, the flag of the European Union is carried... 7 New cover for "Renaissance": Beyoncé feels... 8 India bans single-use plastics to prevent them from... 9 There is no "big resignation" in France,... 10 North Rhine-Westphalia: Three new people meet: Cologne... 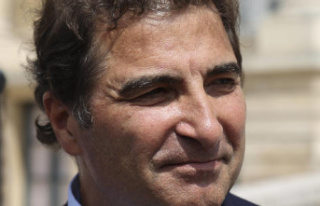 Christian Jacob steps down as President of LR. Annie...