The final of the European Championship is unfortunately lost to the hosts from England. 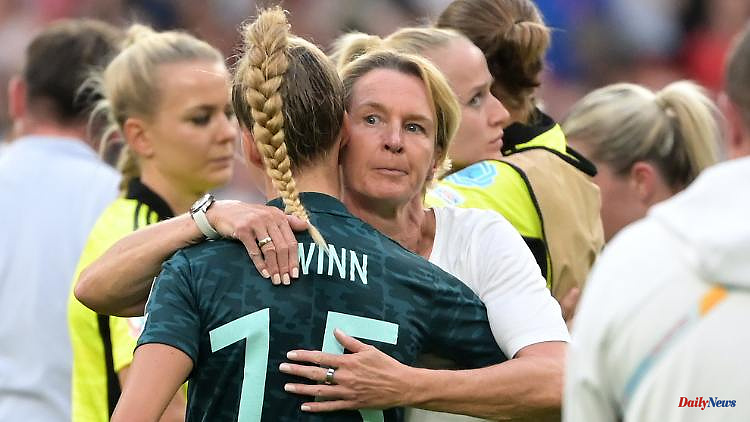 The final of the European Championship is unfortunately lost to the hosts from England. DFB coach Martina Voss-Tecklenburg is still dissatisfied with the non-penalty decision. On the other hand, she is very satisfied with her team. The squad could remain the same for the World Cup next year.

Shortly before the holiday in Mallorca, national soccer coach Martina Voss-Tecklenburg is still grappling with the defeat in the final against England. "When I look at the tournament as a whole, the joy prevails, especially about how we performed, but the way we lost the final still gives me a stomach ache," said the 54-year-old from "Mallorca Newspaper".

The focus of the discussions is a potential hand penalty in the 26th minute when the score is 0-0, which the VAR checks, but which referee Katarzyna Monsul did not look at again in pictures. England captain Leah Williamson caught the ball just before the goal line. Joti Chatzialexiou, sporting director of national teams in the DFB, described the decision as "incomprehensible", "that makes it even more bitter".

Voss-Tecklenburg - who starts her holiday in Mallorca on Sunday - is happy about the hype that the European Championship has triggered for women's football. "Jürgen Klopp wrote to me. He knows losing finals... He said to me: 'Martina, stay on your path. You play fantastic football." He loves our style of play. Hearing that from him is incredibly good for us. The fans think that if Klopp thinks it's cool, I really want to see it too."

With a view to the World Cup next year in Australia and New Zealand, she wants to have timely talks with her team. She will enter into a dialogue with the older players to "ask: How do you imagine that? I would like to continue with each individual player, but maybe they also have other ideas," said Voss-Tecklenburg to "Kicker": "In just under four weeks we have another suspension period for the World Cup qualification."

The European Championships in England and the final in Wembley are "totally valuable in view of the World Cup". Especially for the young players. "If we then want to play for the title again, this tournament experience will help us. I really believe that we have the potential to win titles with this team," said Voss-Tecklenburg.

Peter Knäbel, sports director at FC Schalke 04, recently brought the national coach into the conversation for a job with the men in the Bundesliga. "We have enough women who have the potential to get started in the Bundesliga. Men's football has to open up," Voss-Tecklenburg also told the "Mallorca Zeitung". "We are ready for it. It's not a question of gender, but of quality. I think it's sad that the question still arises today: do you trust her?" For the time being, however, the national coach wants to continue to concentrate on the national team, with whom she wants to celebrate further successes.

Incidentally, Voss-Tecklenburg's dream of owning a home in Mallorca was shattered by the bankruptcy. Her husband Hermann Tecklenburg had promised to buy a finca if the European title worked out. But now he has advertised the same "success bonus" for the World Cup: "Since the European Championships have been postponed because of Corona, the World Cup is coming up next year. That means that if we start looking around now, it could work out in time," said the National coach who has been vacationing on the island for many years. 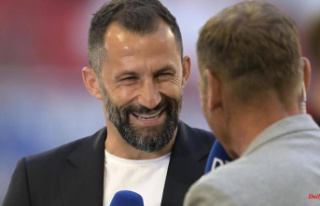