Kim Mulkey's LSU has returned to the top 10, for the first time since 13 years. The Tigers have moved up three spots to No. On Monday, LSU was ranked 8 in the Associated Press women’s basketball poll. 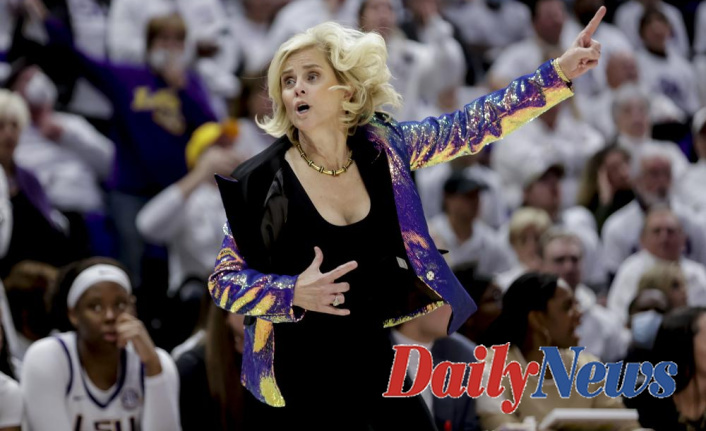 After beating No. 12, the Gamecocks maintained their lead in the poll. 12 Tennessee won the SEC title on Sunday.

South Carolina was followed closely by No. 2 Stanford and No. 3 North Carolina State. North Carolina rose six spots in the poll, to No. 18 after its victory over Louisville. It dropped one spot to No. 4.

Baylor was promoted to fifth. Michigan came in sixth, while UConn was at No. 7. LSU was one spot ahead of Iowa State, while Indiana was in the top 10. After losing twice, the Hoosiers lost five spots.

Notre Dame moved five places to No. 14 -- This is its highest ranking since the end of the 2018-2019 national title-winning season. Clemson, Louisville and Louisville are the remaining games for the Irish. The Atlantic Coast Conference ruled Notre Dame's game against Virginia on Tuesday a forfeit win. The original game was scheduled for Jan. 25, but it was postponed due to COVID-19 issues. This is Virginia's second forfeit in the last two week.

GAME OF THE WEEK

No. 6 Michigan at No. 21 Iowa, Sunday. Caitlin Clark scored 46 point in the Hawkeyes' loss to Iowa the last time they met. If Michigan can defeat rival Michigan State and beat Iowa on Thursday, it will be able to clinch the first Big Ten regular season crown.

1 COLUMN - Another NASCAR win with a drama-free Daytona... 2 Moana Pasifika's Super Rugby debut is further... 3 Flames beat Jets to extend their winning streak to... 4 Hurricanes win over Flyers because of Pesce's... 5 Djokovic wins in Dubai his first match of 2022 6 After Twitter ban, Trump launches his social media... 7 Makoki: The fugitive of the manicomio that explained... 8 Sewing Masters 5, First Program, Live | Many news 9 The US suspends the diplomatic way with Russia while... 10 Mark Lanegan, grunge pioneer and Indie Rock Worship... 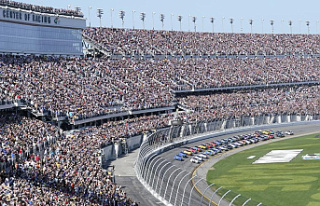 COLUMN - Another NASCAR win with a drama-free Daytona...