Speculations about Mick Schumacher: Aston Martin would like to keep Vettel, but …

At the end of this season, Sebastian Vettel's contract with Aston Martin will end - and with it his career in Formula 1? His team boss Mike Krack spoke to RTL/ntv about the future of the German and the rumors that Mick Schumacher could inherit his cockpit. 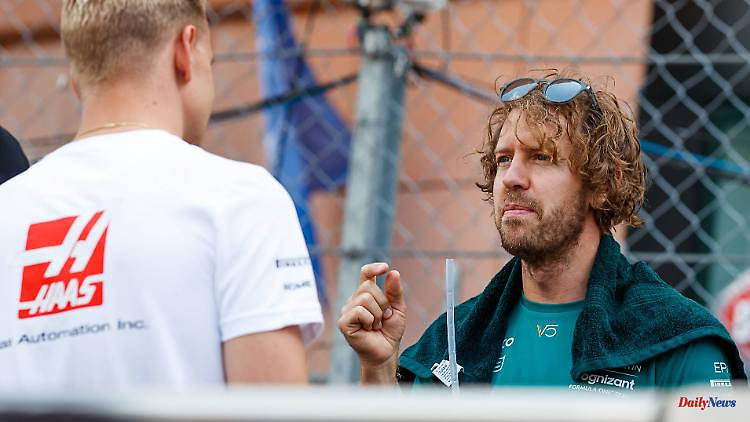 At the end of this season, Sebastian Vettel's contract with Aston Martin will end - and with it his career in Formula 1? His team boss Mike Krack spoke to RTL/ntv about the future of the German and the rumors that Mick Schumacher could inherit his cockpit.

Actually, the "silly season" only reaches its peak during the Formula 1 summer break. The questions that are primarily asked during the non-racing period between the Hungarian and Belgian Grands Prix are: Which cockpit has not yet been assigned for the coming season? Which driver is dissatisfied with his racing team? Which team expected more from their pilot? Who is changing, who is retiring, who is moving up from the junior series? Because Formula 1 is gaining new fans almost every day these days, this "silly season" is getting longer and longer.

For example, the Italian offshoot of "motorsport.com" reported last weekend that Aston Martin is already looking for its successor. The days of the German with the British team are numbered after less than a year and a half of working together, even if the separation is only to take place after the last race in Abu Dhabi in November. There is already a favorite, one that Vettel knows very well: Mick Schumacher. According to the report, in addition to driving talent, he would also bring great marketing potential and is therefore interesting.

Aston Martin team boss Mike Krack says in an interview with RTL / ntv: "We clearly have our way that we want to continue with Sebastian." But also indicates that changes to this path are not excluded, saying: "We will see everything else at a later date." Which in turn is a good reason to take a closer look at Vettel's situation.

The 34-year-old's contract will end after this season, his 16th in Formula 1. The father of three has devoted almost half his life to the racing series, and his increasingly diverse commitment off the asphalt suggests that he would be out of it even without the triad free practice sessions, qualifying and Grand Prix would not get boring. Vettel promotes environmental protection and action against the climate crisis, advocates for the rights of LGBTQIA, fights against racism and structural discrimination. In Germany, he attracted particular attention when he announced before the 2021 federal election that he would vote green and advocate a speed limit.

Vettel's statements and especially the thought that a general speed limit could soon apply in Germany, like almost everywhere else in the world, caused outraged reactions, especially among self-proclaimed liberals, which brings us back to the "silly season" mentioned at the beginning. And so with the sporty. Vettel's contract with Aston Martin expires at the end of the season, and an extension currently seems anything but a matter of course. The ambitious racing team of team owner Lawrence Stroll wanted to fight for at least a podium place, but after the 7th of 22 races they are only ninth out of ten in the constructors' classification.

"We're trying to create the conditions for him to be able to use the talent he has," says team boss Mike Krack in an interview with RTL / ntv, which is primarily about the future of the German four-time world champion. Krack does not believe that the 34-year-old could lose interest in view of the currently difficult starting position. "If you see him in a debrief or on the phone how he gets involved," the Luxembourger praises his German driver: "No one who doesn't want to drive acts like that." However, he does not want to comment specifically on a contract extension, but instead repeats his own statement from April: "If you have a driver like Sebastian, you have to try to keep him."

When this decision should be made remains open, "there is no deadline," says Krack, who sees "a mixture of extreme driving quality and experience" in Vettel, "and also a very, very positive person who just helps us move forward ". It almost seems a bit as if Vettel doesn't have to try to find another job, but Aston Martin has to convince its driver to stay. At least that's how it can be interpreted that Krack says that the team must "manage to improve the vehicle and our entire structure here in such a way that Sebastian also sees the potential that we have".

And indeed the decision depends not only on Aston Martin, but also on Vettel himself. A few weeks ago he said about his own claims in Formula 1: "When I started, I didn't mind finishing outside the top 10". 53 Grand Prix victories for Toro Rosso, Red Bull and Ferrari but the fight for the last point "is not what I'm here for. I want to win." However, Aston Martin is far from that, even if the car, which was completely renewed for the Spanish Grand Prix, is obviously a step in the desired direction. After finishing tenth in Monaco, the German said he felt "on the right track for the next races".

The fact that this path will lead the soon to be 35-year-old to a 17th Formula 1 season and also to the Aston Martin cockpit again in 2023 has become somewhat more likely with the statements made by team boss Krack. However, there should not be a timely decision on this. Instead, speculation is likely to continue, as was recently written about team owner Lawrence Stroll and his desire to lure Fernando Alonso from Alpine to Aston Martin. This would inevitably mean that Vettel would have to give way - after all, the second cockpit belongs to Lance Stroll, who has been trying in vain for years to shed the image of the pay driver, who above all guarantees the family fortune to remain in Formula 1.

"It should be noticeable that the car is improving and that I can also see that the team is making progress," Vettel said a few weeks ago, and that should at least be decisive for his personal decision. Financially, a year more or less in Formula 1 hardly makes a noticeable difference for him. Rather, it is the regular public stage that sport gives him for his social commitment, which he would lose at the end of his career. And also the role as a mentor and friend for Mick Schumacher, who has been criticized after his serious accident in Monaco and now has to prove himself.

1 Relaxed on vacation: Attentive neighbors notice burglars 2 Hesse: Four injured in traffic accident 3 North Rhine-Westphalia: AfD candidate fails in the... 4 North Rhine-Westphalia: State parliament decides on... 5 "One leg, that's nothing": Injured... 6 After the USA announced: the federal government also... 7 North Rhine-Westphalia: Large-scale inspection in... 8 Baden-Württemberg: Institute: Do not rely on state... 9 Unusual. Is it possible that there are more sheep... 10 Interview with Nicolas Sarkozy, Minister of Culture 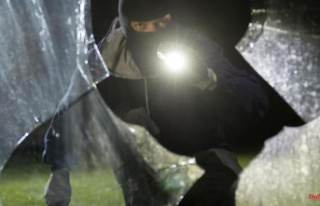