"There is no superiority": the DFB team is still working on an extra trump card

If Martina Voss-Tecklenburg has his way, the quarter-finals of the European Championship against Austria will be "a statement for football". 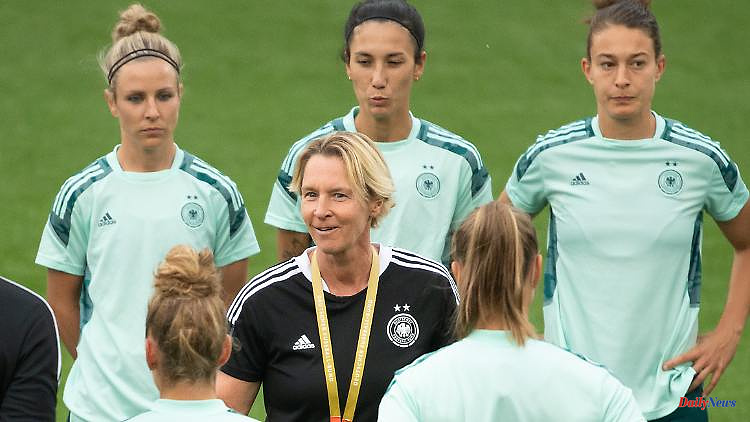 If Martina Voss-Tecklenburg has his way, the quarter-finals of the European Championship against Austria will be "a statement for football". The national coach is highly motivated, and of course her team also wants to make it to the semi-finals. The "home advantage" might help.

Austria's coach Irene Fuhrmann played her first trump long before kick-off. While national coach Martina Voss-Tecklenburg repeatedly emphasizes how deserved Austria is in the quarter-finals of the European Football Championship and compliments the neighbors, her colleague went on the offensive: "We know that Germany is superior and is currently performing extremely well". she said about the DFB-Elf. The role of favorites passed to the opponents, a psychological trick.

And she's sticking to it, even the day before the game: "We're going to meet multiple European champions, world champions and an Olympic champion here," said the 41-year-old at the press conference. "They have hardly any weaknesses and a balanced squad. We need an absolute top performance."

Voss-Tecklenburg emphasizes that they also need their team. But she doesn't particularly care about the cobbler role of favorites: "There is no superiority in football," she says in the press conference before the game (9 p.m., ARD / DAZN and in the ntv.de live ticker). They were given the role of favorites, they would gladly accept it, "but you won't win just because you have it," said the national coach. The performance has to be right, but: "We want to make it to the semi-finals". Voss-Tecklenburg and defender Kathi Hendrich agree on that.

"We know that it starts at 0-0," the 30-year-old uses a saying that is so typical for a knockout game. Of course they are satisfied with the group stage, which the German team finished with 9:0 goals and three wins. Because of the tough opponents with the supposed top favorites from Spain and the Danish vice European champions, that was neither a matter of course nor expected beforehand. At least not from the observers and critics of the German national team. A statement that Voss-Tecklenburg accepted with a smile at the press conference. The Germans had expected a lot from the start. Some of the players had even self-confidently given the title as their goal. "It is our claim and our goal to win the European Championship," said Sophia Kleinherne.

Despite all the joy about the sovereign group phase: "But it's important that we don't rest on our laurels," said Hendrich. For the longed-for title - it would be the ninth for Germany - they have to defeat Austria. The neighborhood duel is entering its third edition. This encounter already happened in 2016 (4:2) and 2018 (3:1), and Germany won both games by a two-goal lead. But the Austrians have developed well since then, praises Voss-Tecklenburg. "Both teams are right in the quarter-finals."

A game that the national coach praises as advertising for her sport, this game will be "a statement for football". The justification sounds full-bodied: "Because two teams play football with passion and success." She expects an "insanely intense" game.

Her team has already fully calibrated her to it. They will "put full throttle again" tomorrow, promises Hendrich. That will be necessary against many players who know each other very well. 13 players of the Austrian team are at home in the Bundesliga. A fact that Voss-Tecklenburg praises as a plus for the league that shows its quality.

But it also means that both teams know exactly who they are up against. "We know about the individual qualities," confirms Hendrich, "perhaps it's good that we know the players better." Of course, this also applies to the Austrians. They had already announced: "We will definitely show Germany who we are." That said Julia Hickelsberger-Füller, who plays for TSG Hoffenheim. And Barbara Dunst from Eintracht Frankfurt even wanted to use the surprise effect of her Austrians against Germany: "They expected to meet Norway there. Now we have shown that some people have to have us on the bill."

Carina Wenninger, longtime defender at FC Bayern, renewed her own claims at the press conference before the game: "Of course we're all really looking forward to the game. Until a few days ago we kept our fingers crossed for Germany. Now it's over with fingers crossed. "

But Hendrich doesn't want to deal too much with Austria, that it comes to a duel with the neighbors is not a big issue. "We're concentrating on ourselves and want to impose our game on the Austrians," she says. A win would see them make their first semi-final appearance since the 2016 Olympics. The gold medal winners then failed in the quarterfinals at the 2017 European Championships and the 2019 World Cup. Not enough for the record European champions, who, due to the bankruptcy in 2019, had also lost their participation in the 2020 Olympics.

In addition to being the favourites, there is another advantage for the DFB team: the venue. Brentford, the London suburb, has become something of a home for the team. The team base is only about ten minutes away from the stadium, the preliminary round matches against Denmark and Spain took place here, after a trip to nearby Milton Keynes the team didn't have to leave their camp thanks to the group win. They settled in and felt very comfortable, says Voss-Tecklenburg. "It's inspiring to be here."

Brentford is also starting to have the Germans on the screen - and the DFB team is probably actually home advantage. "We've felt here in Brentford that more and more people are approaching us who weren't actually direct fans of ours before, but were saying, 'Hey, we've seen how you guys played and we'd like to come to the stadium. Where is there still tickets?' So that's a great statement."

1 "They are meant for each other": Pastor... 2 At the age of 82: Director Dieter Wedel has died 3 Lemke speaks climate plain text: "We have to... 4 Warentest examines Straffr: Is it better to train... 5 Shower gels in the Öko-Test: Test winner from drugstore... 6 NASA with possible sensation: Telescope "James... 7 Bavaria: S-Bahn dispute: opposition threatens with... 8 North Rhine-Westphalia: 36-year-old dies in a head-on... 9 Saxony: After a forest fire at the bastion: the police... 10 Mecklenburg-Western Pomerania: Dangerous pine processionary... 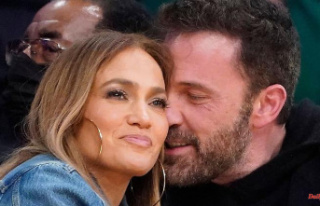 "They are meant for each other": Pastor...