"Won't give up Yann": summer move to Bayern probably burst

Actually, the change should be as good as bagged, but now everything will probably be different: Yann Sommer will not switch to FC Bayern in winter. 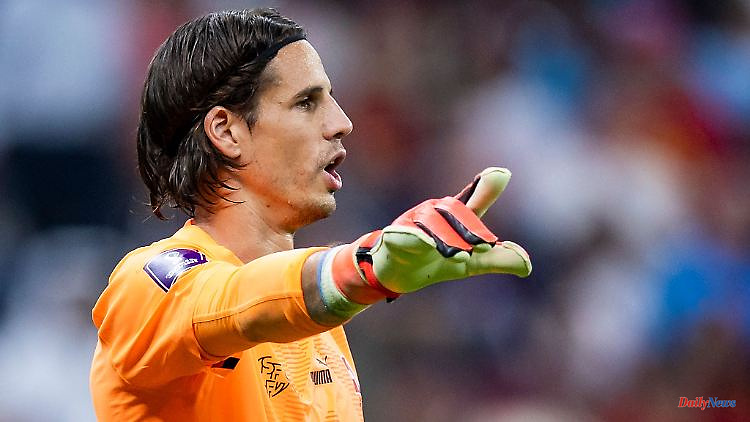 Actually, the change should be as good as bagged, but now everything will probably be different: Yann Sommer will not switch to FC Bayern in winter. This is how a media report related to Borussia Mönchengladbach's sports director. Foal trainer Daniel Farke is also planning with his keeper.

Borussia Mönchengladbach had a successful start to the new year without Yann Sommer and won the first test match of the winter preparations. The fact that the first-choice goalkeeper was not between the posts in the 2-0 (1-0) victory of the Bundesliga club against third division club VfB Oldenburg was not a signal in the direction of the keeper moving to Bayern Munich. On the contrary: According to a report by the "Rheinische Post" (RP), Mönchengladbach has now officially ruled out a winter transfer from the Swiss. When asked about the current situation, sporting director Roland Virkus told the newspaper: "We will not be giving up Yann Sommer. We told Bayern Munich that too." There is no official confirmation from the respective clubs yet.

The RP states that, according to the information provided by the editorial team, Borussia Mönchengladbach never attempted to sell their long-standing goalkeeper to Bayern Munich. Sommer's absence in the test match has nothing to do with a possible departure, as Gladbach coach Daniel Farke emphasized in advance, but was planned anyway. "Yann prefers to train for several weeks in preparation before playing again." Regarding the change speculation, the coach replied that he "has no intention of giving him up. He is one of the top goalkeepers in Europe".

Instead, Tobias Sippel and Jan Olschowsky each played a half in goal for the Swiss. World Cup participant Marcus Thuram, who only returned to team training on Friday, was also absent. The goals were scored by Ramy Bensebaini (19th) and Patrick Herrmann (75th). Hannes Wolf and Florian Neuhaus made their comeback after their injuries.

After the victory over Oldenburg, coach Farke also explained his further plans with Sommer: "It is planned that he will be used in the last two friendlies." Borussia meets Arminia Bielefeld on Wednesday and FC St. Pauli three days later. On Thursday it was said that the possible change from summer to the German record champions had taken on more concrete forms. According to information from the pay-TV broadcaster Sky, the keeper and Bayern have verbally agreed on a change in winter. Those responsible in Mönchengladbach also knew about the agreement, it said.

Sommer's contract in Gladbach expires at the end of June, the Swiss is one of the best goalkeepers in the league. Munich are looking for a replacement for national goalkeeper Manuel Neuer, who will be out for the rest of the season due to a broken leg. The planned return campaign by Alexander Nübel, who is currently on loan to AS Monaco in France, met with resistance. There is currently no forecast as to when Neuer could return after his serious injury.

1 52-year-old killed in Berlin: fatal attack: 34-year-old... 2 Eminem knows: 50 Cent is releasing "8 Mile"... 3 FA investigates in England: Lampard mocked as a "hustler... 4 Group photo at the bedside: Jeremy Renner thanks hospital... 5 Royal expert on revelations: Prince Harry is 'clearly... 6 Back into the fitness routine: the best tips for more... 7 Protest against the new government: Demonstrators... 8 "The icing on the cake": Wagner boss: Want... 9 One hundred, please: When the Chinese restaurant came... 10 Despite a major manhunt: there is no trace of a fugitive... 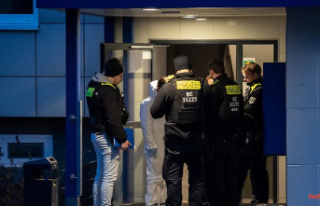