Qatar has experienced the best 45 minutes in World Cup history since the DFB team won 7-1. 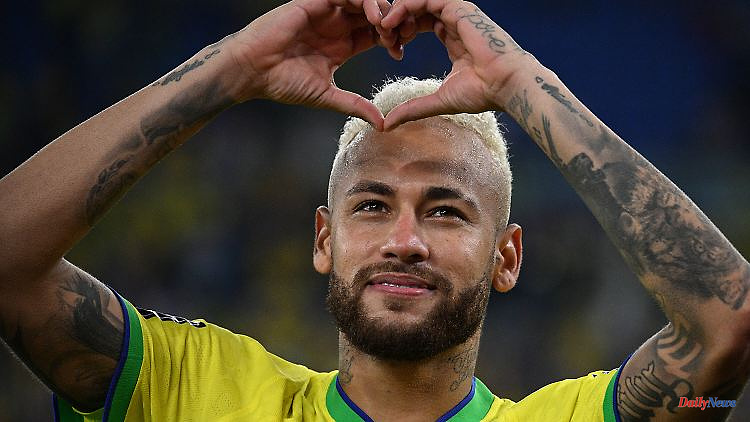 Qatar has experienced the best 45 minutes in World Cup history since the DFB team won 7-1. But this time the Brazilians put on a crazy show. A game like an ice-cold caipi at the Copacabana, yoga bonito in its purest form, just wow.

what have you done to us? How much do you still want to enchant us?

There are those soccer games that just come around the corner every few years. Maybe every decade. Even rarer at a World Cup. On this Monday evening in Doha it's that time again. A game unfolds that brings the whole beauty of this sport to the lawn in a spectacular way. If you haven't heard of Joga Bonito before Brazil's 4-0 win against South Korea, you can learn it here with your own eyes and ears. He feels it all over his body.

Oh Neymar da Silva Santos Júnior, what people, media and opponents have already scolded you for. Partly right, partly too hard. But you're back in the Brazilian starting XI. Your foot of the suffering nation at home is fit again. He looked badly battered in pictures a week ago, but that doesn't matter today. Today is a holiday, you're always part of a good party. And even with half your right ankle, you're still more agile than 99.9 percent of the footballers on this planet. Bullshit at this tournament.

Neymar, you magician from Sugar Loaf, you already know before the game what a show your team is going to put on when you are the last one to step into the players' tunnel with your eyes focused and your hair perky. Casually chewing gum, dancing from one leg to the other. Even that almost looks like Joga Bonito. You exchange a few words with the ball boy by the hand, enter the field last, cross yourself and send a few words of greeting to the Almighty or the Almighty - certainly also for your muddy ankles - towards the evening sky. A long hug with Heung-Min Son and a few high fives for the ball kids later, it finally starts.

The next heart goes out to you, Raphinha. What you are doing with the playground equipment on the right side will put a smile on everyone's face. How you let your opponent run into space with such a mean and unrealistic feint that it would be banned in every magic show, and after your mad run on the right wing you pass on Neymar, who just misses. But because the entire South Korean back line is only concentrating on Neymar, Vinicius Junior lurking behind has so much time and space that he can deliberately slide into the top right corner of the goal to make it 1-0.

Fall in love after seven minutes. To be more precise: love at first sniff. Of course, the Brazilian celebration dance in a circle and a little extra samba act follows. A dance just like the game. A game like a caipiroska de maracujá (caipirinha is for beginners) at a street party in Rio on a balmy summer night. Like an iced Brahma on the beach on Ilha Grande. Like a deep red moqueca at lunch with strangers who quickly become friends.

Because a little later Richarlison is placed in the penalty area, there are penalties. And of course the foot of the nation steps in. Oh Neymar, you kiss the ball so tenderly before carefully placing it on the spot that your admirers' hearts may skip a beat. The mind games of keeper Seung-Gyu Kim, who stands on the far left in the goal corner and jumps up and down, leave you completely cold. Because you only have samba on your mind and after a dance approach (two-four time, flowing movement across the lawn) and with your eyes only on the keeper, you easily slide in to 2:0. Your clown cheering and the next round dance, but today you can't fault it at all. The men in yellow need 12 minutes and 18 seconds for their two goals. In the 113 World Cup games that Brazil have played since 1930, the team has never scored twice as quickly. But absurd: The record is not broken, only equalized. Ronaldo also scored the second goal of his brace against Costa Rica in exactly 12 minutes and 18 seconds in the group stage of the 2002 World Cup in Japan and South Korea.

The new striker at the Seleção with the number nine, whose name also begins with an R, was compared to the Fenômeno by the official FIFA channel during the match. Richarlison posted a picture on Instagram with his hair digitally edited to replicate Ronaldo's hairstyle from the 2002 World Cup, where Brazil won their fifth World Cup. "He channels his inner R9," it says.

So a big obrigado to you too, Richarlison. You can only marvel at your dance with the ball in the midday sun on Copacabana or in YouTube tricks videos. You let the ball drip off your head three times with almost heartfelt affection, juggle it, almost catching it with your forehead, and then take it with your foot again without touching the ground. Heaven!

Then everything goes much too fast for the South Koreans, who may also think they are in a best-of clip. Richarlison forms a one-touch triangle with Marquinhos and Thiago Silva, the attacking striker receives the ball back immediately and hits the left corner coldly. He turns away with a facial expression à la "What a goal, what a great team". It's his third goal at this World Cup. Even trainer Tite is now dancing. Splendid.

This is Joga Bonito in its purest form. The heart is beating. Even when sitting, the legs become weak. And yet every spectator wants to kick, laugh and celebrate on the Brazilian beach at this very moment.

Even if South Korea responds with a few strong long-range shots, everyone in the stadium is actually just waiting for the next dream goal. When Neymar flips two South Koreans and even the referee with a Zidane spin, everyone knows the beach party is in full swing here. Brazil conjures. The spectators lie on beach towels, the grill sizzles next to the chilled Brahma six-packs. But Brazil are also getting serious and cementing their status as one of the big favorites for the World Cup title.

And Neymar, at the age of 30 you show your value for this young team when you use magic to help the team. How you keep the ball moving and support the talented guys next to you. You are lurking (or should I say: crooking?) in corners of South Korea alone on the center line. But if a ball comes near you, then it goes off.

Like the poem of a picture book counterattack to 4: 0, which Paulo Coelho could not have designed in a more kitschy way. Neymar receives the ball from Richarlison, drives it across the pitch and takes Vinicius Junior, who is sprinting through on the left, with him. It looks like an aggressive swarm of hornets as the Brazilians swerve at breakneck speed. And at the same time so simple and so picturesque. The Real Madrid man chips the ball beautifully with his outside instep at Lucas Paqueta, who rushes in from far behind and volleys into the goal. sigh.

Everything in one go, liquid and fantastic to look at. The samba party is now completely degenerating, in the stands and on the field. Neymar sets the pace in the dance circle. Four shots, four goals. Effective killers pair up with elegant beauties. Many more, wonderfully played out waves of attacks, including great opportunities, are rolling towards South Korea's box, which unfortunately cannot find a place in this text. At halftime it should have been 6-0 or 7-0. But the 4-0 win is also memorable, because only in 1954 did the Selecao score four World Cup goals against Mexico after 45 minutes. The half-time score is also historic – there have only been so many goals before the break in a knockout game in World Cup history. In the memorable 7:1 of the DFB team in 2014.

But this time you are the laughing winners: Who is going to stop you, dear Brazilians? Especially because your defense doesn't allow anything in what is probably the best 45 minutes in World Cup history. They defend resolutely, skate at the opponent ice cold and of course the hoe is sometimes played out so that the samba party doesn't stop. In midfield, Casemiro and Paqueta intervene so resolutely that Joshua Kimmich, Ilkay Gündogan and Leon Goretzka may take notes in front of the television.

After the break it goes straight on, but the 5-0 does not want to fall despite the best opportunities. never mind Nevertheless, you two tricksters, Neymar and Raphinha, continue to serve the audience with moments of absolute bliss. Your magic tricks in and around the penalty area - are they too much of a good thing? Do they even taunt the opponent? Are the dances after the goals disrespectful? Doesn't matter! Today is Yoga Bonito. Today everything is allowed. Today, all visitors to the stadium and also the Germans on TV go to bed with samba steps and rhythm in their blood. What you men in yellow conjure up on the pitch is too stunning.

Then the South Koreans hammered in a beautiful long-range shot to make it 4-1. A cheesy end to this football spectacle. Every touch of the ball is a feast for the senses. Each relay is a dream that cannot be found in any textbook. Every goal an iced Caipiroska on the beach.

You Brazilians, thank you very much for this show. Oh, king football, it's nice that people can just love you in moments like this. You and your Yoga Bonito. sigh.

1 US star turned 71: Kirstie Alley is dead 2 Thuringia: Warning even in the event of a power failure:... 3 Saxony: truck driver causes accident: one injured 4 North Rhine-Westphalia: LKA: Increase in cybercrime... 5 North Rhine-Westphalia: Driver dies in collision with... 6 Hesse: 38-year-old shot in Frankfurt-Praunheim 7 Explosions at military airports: Report: Ukrainian... 8 Most are trying to save money: one in ten did not... 9 "I'm with the doc for a moment": This... 10 Mecklenburg-Western Pomerania: Warning day: Only 60... 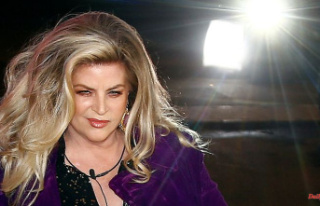