Fortnite returns to the iPhone and iPad, although not directly

A year and a half after being withdrawn from the AppStore, iPhone or iPad users can now play the popular fortnite on the screens of their devices. Not directl 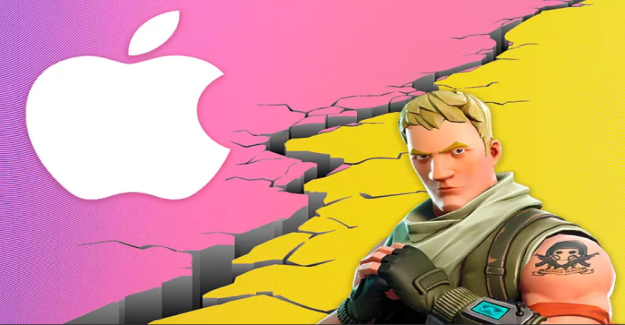 A year and a half after being withdrawn from the AppStore, iPhone or iPad users can now play the popular fortnite on the screens of their devices. Not directly -The game is still not available at the Apple Application Store - but it is through one of the most popular game services in the cloud.

Apple eliminated Fortnite from the AppStore in August 2020 by skipping the standards of the application store, which prevent using alternative payment systems to Apple's own for purchases within games. Epic, the Developer of Fortnite, had installed underreptitiously installed in one of its versions an option that allowed us to buy V-Bucks, the virtual currency of the game, directly on the company's website and at a lower price.

Apple's blockade did not wait (and the same happened with the Fortnite version distributed through Google Play on Android, for the same reasons). EPIC then sued Apple and the result has been one of the most significant judicial processes in California for the effect it may have in the regulation of digital app stores and games.

The final judgment, published in September of last year, gave the reason for Apple, which did not consider a monopoly within the mobile game market, but required the company to allow developers to link alternative payment systems from the apps and subscription. Apple, in any case, is not obliged to accept Fortnite again in its catalog.

The solution you have found EPIC is to return to the iOS screens through the Game Service in NWIDIA GeForce NOW. Apple does not allow either in your app store cloud games as GeForce NOW, Stadia or Xcloud, but these services can be used through the Safari browser on the company's devices.

EPIC and NVIDIA, therefore, have created a version of fortnite specifically designed for mobile phones and touch screens that can be played through the service. GeForce NOW already allowed access to the Fortnite PC version but the controls were not adapted to the touch interface of tablets or phones.

At the moment, yes, access to Fortnite through GeForce NOW for iOS is limited. It is a beta version to check the game experience. Neither Nvidia nor EPIC still have clear when the experience will open to all users.

GeForce Now is available both in a free and payment version. The first has a maximum limit of game time (one hour per session) and less resolution. The second costs 9.99 euros per month and offers priority access to servers and greater graphic quality.

1 The Páramo, an opera premium of 8 million viewers... 2 Castilla y León, Andalusia, Murcia and more than... 3 The CGPJ grave the report that guaranteed the Government... 4 Ricardo Bofill dies, architect of the counterculture... 5 American Airlines asked Olivia Culpo to wear a blouse... 6 Sinead O’Connor was admitted to the hospital following... 7 Tara Wilson, Chris Noth's spouse, is seen in... 8 This iconic Detroit theater is returning to its original... 9 Watch Rajinikanth Leaves the House to Greet Pongal... 10 Scottish fishermen protest against the ban on creel... The Páramo, an opera premium of 8 million viewers...