Monica Oltra, two divorces and warned by his father: They're going to burn you

There are two phrases of Monica Oltra (Neuss, Germany, 1969) that summarize the two moments that changed their lives. She said her in the 2015 election campai There are two phrases of Monica Oltra (Neuss, Germany, 1969) that summarize the two moments that changed their lives. She said her in the 2015 election campaign that she would have the vice president of the Valencian Generalitat. "My father told me: 'They are going to burn them just as they burned me." The warning was made when she decided with 15 years to join the Communist Party. She still knew what she was about to come.

The second one said it in the courts in April 2021, when it appeared after the sentence of the Valencia hearing that condemned his ex-husband for sexually abusing a minor tutored when he was his educator. "There is no one in this hemicycle to whom the facts cause more disgust than me."

The policy has marked the life of this lawyer. In the home of her parents, also communists, she breathed every day. And her politics, who launched her into the stardom, has put her today in the eye of the hurricane because of her who was her the couple of her, Luis Eduardo Ramírez, with whom she adopted two children in 2008 in Ethiopia. The focus is again again on Oltra because the department managed in the Government of Ximo Puig, the Conselleria of Equality and inclusive policies, has competition in juvenile policy, in the target of the opposition by the allegations of abuse of children Tutored.

The key date until you arrive here you have to look for it in a 2017 calendar. On August 4, Oltra receives a judicial summons at home. It was the day she learned - in reality, not because she was aware, but by her personal circumstances of her-what happened with her husband, whom she met in Germany when she worked as a translator. He, of Argentine origin, was married and had three children. She had also been married to who today is she the chief cabinet of her in the Conselleria, and whom she called to be aware of what was happening. And what she could pass.

The case of his ex-husband has marked Oltra's political career, to which - as she - the injustices underwent. She began in the Communist Party and continued in a united Schecree, from where she was expelled after a strong internal crisis that lived on training. It was then that she participated in the Initiative Foundation, the new game that was constituted in 2007 and that it would end up integrating into the current coalition of Compromos. By the way, she has never been considered nationalist.

The years of opposition prior to the birth of the Botànic Government made Oltra famous and his t-shirts against PP and corruption (today accumulates them with other slogans in his office of Palau dels Català de Valeiola). For the history of the Hemeroteca there is that with which she presented himself in the Valencian Parliament with the face of the then president of the Generalitat, Francisco Camps: Wanted, Only Alive (seeks, only alive). Result: expelled from the cuts. It was not the only time, because she also taught him the departure door Juan Cotino, died in 2020, for his shirt "we do not lack money, we have enough chorizos."

Oltra, determined and difficult to amylanger, had sound confrontations with the former President of the Cortes and former Director General of the Police as when he insinuated in public that his father took years to recognize her as a daughter. Actually, it was never true, even though he could not give her the surname of her until 1981, when she could legally divorce her from her first wife. The father of her, emigrant in Germany, was precisely from those who warned Oltra of the synsabores of politics. Years later, she would assume that politics can be "cruel", according to her own words.

And one of his problems, he has recognized Oltra herself, is that it is made with the "rules of men". In addition to keeping fidelity to Valencia and failures, the leader of Compromis is profoundly feminist. She has always believed that the fact of being a woman spent invoice in the first negotiation of the left-hand government that came out in 2015 after two decades of popular power. He who turned Puig into president of the Generalitat and her in Vice President.

Oltra fought with nails and teeth that unprecedented political pact, which cost him the appeals of ambitious, self-centeral, insatiable (and not always in private) ... in fact, he is reputed to be hard in the negotiations, to take them to the limit To start the maximum benefit for her and her party. It does not matter if she has to lose, she fights to win. What any man would do with everyone as a born leader, she defends her.

And with this attitude, when he was 10 years old, he climbed a day to a chair at an assembly of emigrants. It was the first public intervention of him. In German and with his father among the attendees, whom he never liked that he had followed the steps of him. She does not know the day she decided to enter politics, but when she asks him, she remembers that moment. 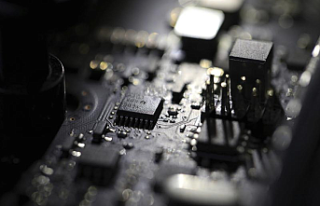 Concern raised by delay in the creation of a new cybersecurity...