Requiem for Wolf Music, an institution in the musical life of europe for nearly two centuries

On the front of the 24, rue de la Tit, a few steps from place Kléber and Strasbourg cathedral, signs, giant letters in black and red, set the tone : "Founded i 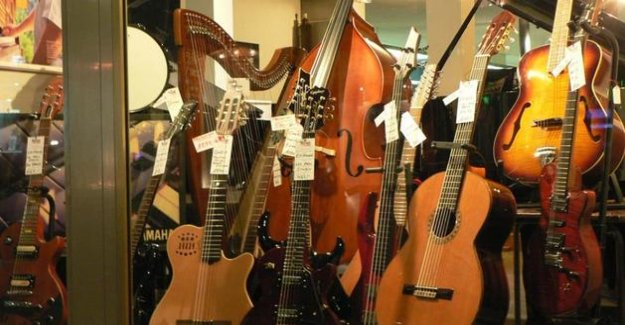 On the front of the 24, rue de la Tit, a few steps from place Kléber and Strasbourg cathedral, signs, giant letters in black and red, set the tone : "Founded in 1825, the oldest house of commerce of Strasbourg, Wolf Music, will not have resisted to the crisis in health and economic." Since 13 June, guitars, keyboards, percussion and other instruments, which usually dance around joyfully in the towering windows of the institution are silenced. "Our store has permanently closed its doors on June 13, 2020. All requests for instruments and sheet music, we recommend the Arpeggios Armand Meyer store, 16, rue de Lausanne to Strasbourg. The arps also provides after-sales SERVICE for all instruments under warranty and sold by Wolf Music, subject of proof of purchase (invoice)", further specifies the shop on his website.

Real institution among the shops of the capital of alsace, the Wolf Music was also for the whole world French musical, and a good part of the music world beyond the Rhine. His bankruptcy, made inevitable by the loss of turnover linked to the Covid-19 , is added to a list that unfortunately is growing venerable shops, victims around the world of the economic consequences of the sars coronavirus. It is as well that we have learned, there are forty-eight hours, the closure of the oldest record store in Manhattan, New York city : Record Mart , founded in 1958. Last month, it was also a shock to many music lovers and musicians the Dutch, who discovered that Hampe & Berkel , the oldest boutique of instruments and scores of Amsterdam, had just put the key under the door, after 178 years of good and loyal services.

The history of the Wolf in Strasbourg had started seven years earlier. It is in 1825 that Löb Wolf, an immigrant German, a native of the state of Baden-Württemberg, founded what was then a very small shop dedicated to the music, on the Münster-Gasse. His nephew Seligman moved a few years later the shop street of the Tit, and begin a flourishing trade of notebooks of music, it does not take long to diversify while making a name in the community living in strasbourg, by acts of philanthropy. At his death, in 1885, his son, Lazarus, after a passage by éditions Durand, Paris, takes over. Under his leadership, the Wolf becomes an essential rendez-vous for all the music world of the time. Now, there is so much to the treasures of its music library for purchase of the instruments being French. Especially, its privileged contacts with some renowned musicians, including the leader Hans von Bülow, will allow him to impose, and his shop with him, as an organizer of concerts of the first plan. It is as well as Strasbourg will host as early as 1895, on his initiative, the orchestra of Berlin philharmonic , the Scala or colonne orchestra . The seeds of what would later become, under the leadership of his son Roger and Gustave, and of the chief Charles Münch , the international music Festival of Strasbourg, are already there.

behind the scenes of the history of the opera

But his legend, it is up to the two composers that he must. Ten years later, in the summer of 1905, Richard Strauss and Gustav Mahler will be in his shop. There, in the middle of the instruments, Strauss, accompanying himself at the piano, will be reading, singing, from his opera Salome just completed. Alma Mahler, wife of the conductor and composer, will bear witness to the enthusiastic response of the latter at the same time as the excitement of the moment : "We arrived at the passage of the Dance of the seven veils. “That, I haven't written it yet,” says Strauss, and he continued to play, after this great void, until the end. Mahler suggested : “is it not dangerous to leave the dance, and write it later when we are no longer in the atmosphere of the work ?” Then Strauss began to laugh his hearty laugh frivolous : "that, I do my business!"" A few weeks later, calm, Mahler himself expresses in writing to Strauss, still dimmed by emotion : "It is your summit. Yes, I claim that nothing of what you have written so far can compare to this..."

Since then, the reputation of Wolf's Music, always beloved by many musicians of the philharmonic Orchestra of Strasbourg or of the Opera of the Rhine, had not wavered. Revived after the war in 1946, thanks in particular to Gustave Wolf and Paul Rouart (founder of éditions Rouart-Lerolle, and close friend of composer Francis Poulenc), the Strasbourg festival had remained in his shop window. Until its demise in 2014, following the filing of balance sheet of the Company of the Friends of Music of Strasbourg... bankruptcy Filing, alas, a harbinger of the one of Wolf's Music sixteen years later : fragile-like many professionals of the sector by the growing power of the internet, and then by the decline of customer related to the attacks of 2015, the pandemic has given the coup de grace. Closing with a final barline, alas without coda or repeat, almost two hundred years of musical history.

almost all of the area to stop

Hope that this is not a harbinger of what to expect in the field of musical instruments in the coming months. "The current crisis has shut down almost all of our sector. The music sector, which is our target area, was impacted also hit in France as in the rest of the world : our business local as well as export is profoundly affected", warned, in fact, as early as mid-April, the Chambre syndicale of the instrument, in order to sensitize public opinion and public power, on the very worrying situation of its members...

The editorial advises that you"classics" N°15 : 50 shades of étéDes orchestras ready to throw in the fosseSujetCovid -19Aucun comment

1 The French music accuses 4.5 billion euros in losses... 2 Almodovar, Lelouch, Dardenne... The filmmakers on... 3 Departure of the balloon, a previously unseen Victor... 4 Funds of the european recovery : Brussels is hoping... 5 Dispute about the rescue package: The oomph of the... 6 Corona outbreak in Tönnies: health is set for profits... 7 Series about Catherine the Great: What a amazing madness 8 France wants to relocate the entire production chain... 9 Murder of Walter Lübcke: court wants to show the... 10 Action against the PKK and HDP: The double Offensive... 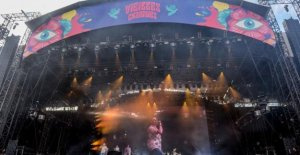