After a stay in the hospital: Travis Barker is drumming again

At the end of last month, Travis Barker surprisingly had to go to the hospital. 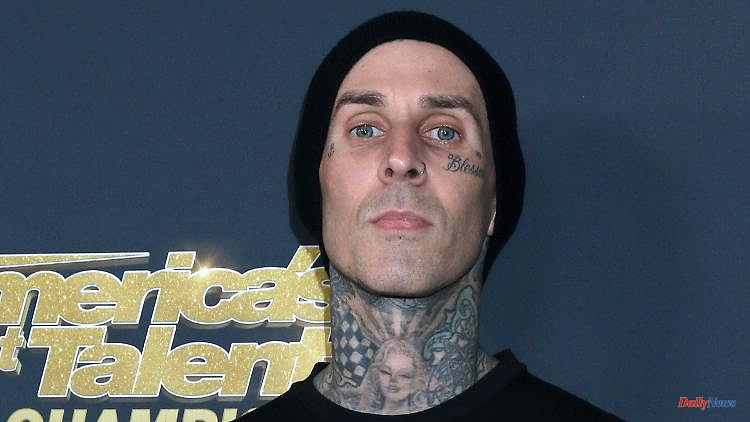 At the end of last month, Travis Barker surprisingly had to go to the hospital. Things haven't been going well for the Blink 182 drummer for a while. But now Kourtney Kardashian's new husband is out of the hospital and back in the studio with his band.

Travis Barker ended up in the hospital at the end of June because of an acute inflammation of the pancreas. This condition is said to have been triggered by a recent colonoscopy. At the weekend he then reported to Instagram from the hospital and explained that he was "doing much better" after "intensive treatment". In the meantime, the musician has also been seen outside of the clinic.

Photos from the US celebrity portal "TMZ" show the Blink 182 drummer in a car with his wife Kourtney Kardashian and their children Penelope and Reign. Travis Barker is at the wheel. A little later, "TMZ" reported that the musician was back at work: He is said to have spent several hours in a recording studio. Apparently he drove there himself in a car, as shown by photos from the studio's parking lot. Barker looked "pretty healthy", reports the celebrity portal.

In his Instagram story, the drummer reported what exactly happened. "I went for an endoscopy Monday and felt great. But after dinner I got excruciating pain and was hospitalized," he explained. A "very small polyp" was removed during the endoscopy. "Unfortunately, an important drainage tube of the pancreas was damaged in the process," continued Barker. This led to "severe, life-threatening pancreatitis".

Kourtney Kardashian also spoke to Instagram about the events surrounding her new husband. It was a "scary and emotional week" for her, she wrote. She thanked God for "my husband's healing, for all your prayers for him and for us, for the overwhelming outpouring of love and support."

1 A legend for the Occident: Ford Bronco comes to Europe 2 Mecklenburg-Western Pomerania: MV-Linke distances... 3 Mecklenburg-Western Pomerania: State Chancellery rejects... 4 Hesse: staff shortages: restrictions on the Kurhessenbahn 5 Baden-Württemberg: VfB training camp probably without... 6 Saxony: Man hit by metal bars on company premises 7 Bradley Chubb declares that "the dam is ready... 8 Josiah Deguara - With Davante Adams gone I want to... 9 All inequalities may not be the same 10 Automotive / Electrical. Charging stations: Why is... 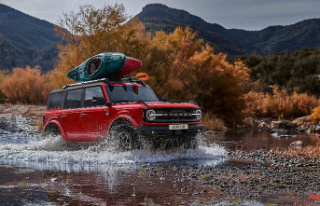