The Chancellor defends the delivery of heavy weapons in the Bundestag. 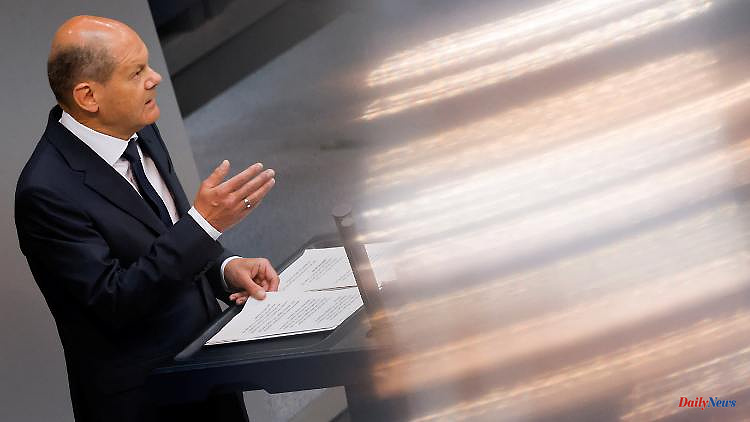 The Chancellor defends the delivery of heavy weapons in the Bundestag. Union faction leader Merz, on the other hand, reproaches him that "virtually nothing has been delivered to weapons" in the past few weeks. Scholz had previously thanked "Dear Mr. Merz".

Union faction leader Friedrich Merz has accused Chancellor Olaf Scholz of playing a double game in connection with the delivery of heavy weapons to Ukraine. Scholz gives the impression that weapons are being delivered, said the CDU chairman in his response to the SPD politician's government statement in the Bundestag. "The truth is that almost nothing has been delivered from Germany in the last few weeks. (...) Practically nothing is delivered," said Merz. "What kind of game are you playing there, also with the German public, when it comes to these arms deliveries?"

For weeks, Scholz has been talking about a ring swap of weapons - "it hasn't taken place until today," criticized Merz in view of the plans to deliver German weapons to neighboring countries to the east if they in turn provide Ukraine with older weapon systems of Soviet design. German armaments companies have also been complaining for weeks that they would not get an export permit. "What double game is actually being played in your government?" asked Merz. He could agree with the Green politician Anton Hofreiter, who said the problem was in the Chancellery.

In his government statement, Scholz had previously defended the delivery of heavy weapons to Ukraine. "Helping a country that has been brutally attacked to defend itself is not an escalation. It is a contribution to repelling the attack and thus ending the violence as quickly as possible." He, too, is worried, said the Chancellor, but at the same time emphasized: "We all have one goal in common: Russia must not win this war. Ukraine must survive. The federal government is also strengthening Ukraine's military back, "in a considered, balanced and internationally close manner coordinated," said Scholz. Germany would not go it alone, and the federal government would not do anything that would turn NATO into a war party.

Scholz clearly rejected a dictated peace in Ukraine militarily enforced by Russia. "There will be no dictated peace because the Ukrainians don't accept it and neither do we," said the Chancellor. Only when Russian President Vladimir Putin understands that he cannot break Ukraine's defense capability will he be "ready to seriously negotiate peace." For this it is important to strengthen the defense capability of Ukraine.

He was optimistic about an agreement with the Union on the establishment of the special fund of 100 billion euros he had announced to better equip the Bundeswehr. "We are in good talks about this, also with your party, dear Mr. Merz, in order to firmly anchor the special fund in the Basic Law. I am very grateful for that," said Scholz, addressing the Union faction leader Friedrich Merz directly.

So the government and opposition faced up to their state-political responsibility, said Scholz. "The special fund guarantees the freedom and security of our country at this time," added the Chancellor. It is also a clear message to friends and allies: "Yes, we mean it when we talk about the duty to provide assistance and collective defense." 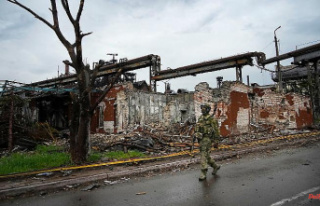 Mariupol as a holiday resort?: US institute sees Russian...