If there has been a clear US foreign policy demand in recent years, it is this: Venezuela's President Maduro must abdicate. 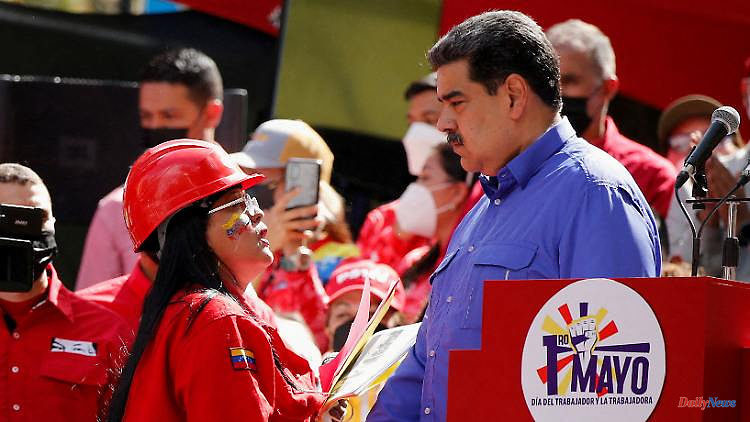 If there has been a clear US foreign policy demand in recent years, it is this: Venezuela's President Maduro must abdicate. Now Washington is easing the sanctions against its government a little bit. For what reason?

The Russian invasion of Ukraine has shifted the priorities of international relations in the Global North. Since 2019, the US has been enforcing the strictest international sanctions against Venezuela - but now a diplomatic exclamation mark. The United States apparently intends to relax the measures a little bit. There is also a personal treat for the political elite around the ruling President Nicolás Maduro.

Chevron, the last major US oil company still officially represented in Venezuela, is said to be back with the state-owned company Petroleos de Venezuela S.A. (PdVSA) may negotiate future funding projects. In addition, Carlos Erik Malpica-Flores will be removed from the sanctions list. Malpica-Flores is a former senior PdVSA official and nephew of Cilia Flores, Maduro's wife. Venezuela is in the midst of an ongoing humanitarian catastrophe. The country is also completely on the bottom economically due to mismanagement, corruption and international sanctions.

Under ex-President Donald Trump, regime change was the declared goal. His government tried in vain to force the authoritarian head of state out of the presidential palace in Miraflores with maximum sanction pressure. Under his successor Joe Biden, there were already signs of rapprochement in March. No sooner had Russia launched its open attack on Ukraine than several US negotiators flew to the Caribbean oil country. Venezuela is an ally of Russia. Maduro released two US prisoners after the talks and vowed to resume negotiations with the Venezuelan opposition.

Washington is thus sending a signal to the political camps in Caracas that the United States would closely and benevolently accompany any possible change. The Venezuelan opposition around Juan Guaidó had asked the United States to relax. It was another demand from Maduro's government to return to the negotiating table. They broke off talks after pro-government businessman Alex Saab was extradited from the West African island nation of Cape Verde to the United States. The negotiations were and are about guarantees for free and fair presidential elections in 2024, i.e. a return to democracy and thus the possible voting out of Maduro. The opposition has been trying for years to free itself from the authoritarian government's stranglehold.

None of this means a major turnaround in US foreign policy, but it is remarkable that the US is talking to Maduro at all and dealing with him diplomatically. His government also has political opponents killed. Hundreds are in prison. But the war in Europe is helping the ruler and his internationally isolated government. With its offer, Washington wants to make its Venezuelan partner Russia less attractive and further isolate it and minimize any military threats on its own doorstep. In addition, because of the oil import ban from Russia, replacements from other sources may eventually be sought. US oil companies have already made it clear that they would like to do business in Venezuela again.

The easing allows Chevron to negotiate future projects, not sign them or implement them, such as drilling or even exporting Venezuelan oil. This can of course change in the future. The United States would adjust the sanctions based on the results of negotiations between the opposition and the Venezuelan government, a US government official told the AP news agency. This can be further relaxation, but also stricter punitive measures. Venezuela's Vice President Delcy Rodríguez tweeted that she hoped Washington's decision would "clear the way for the US to lift all illegal sanctions that affect everyone."

The United Nations describes the situation in Venezuela as dramatic. Many children are undernourished or malnourished. Medical care has partially collapsed. Permanent power failures plague the population. More than 75 percent of the population live on less than US$1.90 a day, which is considered the international limit for extreme poverty. Of the 28 million inhabitants, 7 million people need humanitarian aid, including 3.2 million children. In recent years, 6 million people have left the country - about 20 percent of the population.

Because of the 2018 presidential election, which was considered manipulated, many countries no longer recognize the ruler Nicolás Maduro as president, including Germany. The US State Department severed diplomatic relations four years ago, instead recognizing Guaidó and imposing drastic sanctions on Maduro's government and the state oil sector.

An attempted coup by the opposition failed in 2019 because the Venezuelan military did not oppose Maduro as agreed, but supported him. In May 2020, "Operation Gedeón", in which mercenaries from Colombia invaded the neighboring country and wanted to kidnap the president to the USA, failed. The US government has put a $15 million bounty on Maduro's head. He is accused of drug smuggling and terrorism. He and other high-ranking members of the government have therefore joined forces with renegade guerrilla units of the Colombian FARC to "flood the United States with the weapon of cocaine".

But now it's about oil. Even before the sanctions, the production volume had roughly halved since Maduro took office due to a lack of investment and maintenance. It decreased further after the trading ban was imposed. Until recently, PdVSA had supplied most of its oil to refineries on the US east coast. Since the sanctions were imposed, Caracas has mainly done business with China, Iran, but especially Russia. Venezuela is one of the oil richest countries in the world and is dependent on oil export revenues.

Much of its reserves can only be mined and refined with great technical effort, which drives up costs. Projects are therefore associated with a high financial risk. From the Venezuelan side, foreign oil companies are only allowed to operate in the country together with the state-owned PdVSA. No new drilling has taken place since 2020. Various foreign companies still have the appropriate equipment in Venezuela, but are not allowed to use it because of US sanctions. A large portion of it is owned by Chevron. When sanctions were imposed in 2019, its four joint ventures with PdVSA were producing around 200,000 barrels a day, about a sixth of the total.

Most recently, Maduro announced that he wanted to list 5 to 10 percent of the shares in several state-owned companies in order to attract investment capital from abroad. How this is supposed to work despite the sanctions is unclear. The signals from Washington show Maduro a possible path.

1 Embarrassing lapse in public: Bush condemns invasion... 2 Sound for those who stayed at home: RTL will broadcast... 3 What was different with van Bommel: Rangers'... 4 Dax gets a beating: That's why the stock markets... 5 First case confirmed: monkeypox reaches the US 6 Iraq instead of Ukraine: George W. Bush makes an embarrassing... 7 What was different with van Bommel: Rangers'... 8 Azovstal's last fighters: Moscow reports 770... 9 By "certain" EU countries: Kyiv complains... 10 Focus on Germany: The Office for the Protection of... 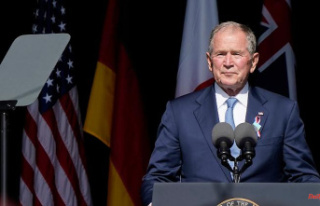