The Glasgow Rangers lose the final of the Europa League against Eintracht Frankfurt in the most bitter way. 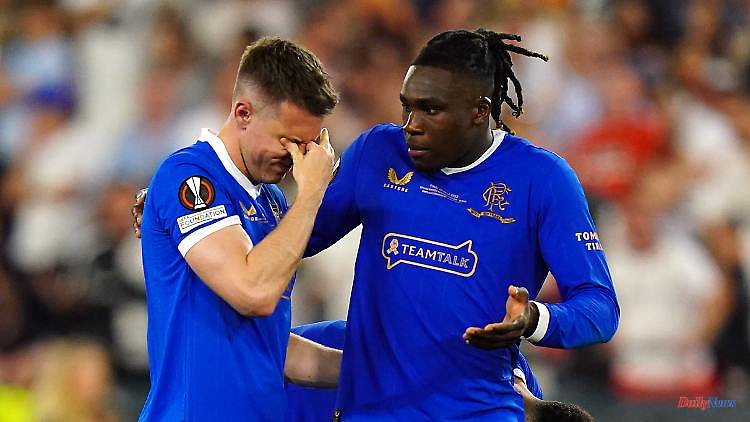 The Glasgow Rangers lose the final of the Europa League against Eintracht Frankfurt in the most bitter way. On penalties, after well over two hours. The unlucky one, who fails decisively, only comes onto the field shortly before the end of extra time. The move was unfortunate but allowed.

A few very attentive fans were surprised on Wednesday evening: Glasgow Rangers switched six players on and off in the dramatically lost Europa League final against Eintracht Frankfurt. Can this be? Or did the referee overlook a serious mistake by the Scots?

The answer is simple: everything went right! Two years ago, FIFA and UEFA adopted a corresponding rule for their competitions. There were several small adjustments in the course of the pandemic. One of these allows teams in European competitions to substitute a sixth man. However, the additional option has strict limitations.

It is well known that five changes are now allowed. These may be made at three points in time during the game (breaks are excluded). This should prevent a possible time game as a tactical means of delay. The sixth change is then only possible in extra time. The Rangers made use of it. With Kemar Roofe and Aaron Ramsey two jokers came in the 117th minute. While veteran Roofe replaced the convulsive Borna Barisic, the substitution of veteran Ramsey was apparently aimed at getting another sure taker on the field for penalties.

While Roofe had prepared Ryan Kent's mega-chance in extra time and confidently sunk his penalty, Ramsey was the only one to miss from the point in the final duel. Ramsey, of all people, the biggest name in the Rangers squad. The 31-year-old played 32 times for Wales, became Italian champion with Juventus Turin, appeared almost 200 times for Arsenal in the Premier League - and now failed to Kevin Trapp. Of course, his coach Giovanni van Bronckhorst didn't blame his offensive player for saying that the penalty shoot-out was "a lottery" and that his players had "given everything". At the same time, the Dutchman did not hide his disappointment. "When you play a final in Europe and lose, it hurts," he said.

So what a bitter story. Originally, the increase from three to five changes per game was a temporary reaction to game postponements and corona-related absences in the squads of the teams and was intended to "serve the well-being of the players, especially when competitions are continued after interruptions with a tightly packed calendar". .

The exemption has been extended again and again, and it currently applies until the end of the year. It is now clear that the exception is becoming the rule: the rulers of the International Football Association Boards (IFAB) decided in March to keep the extended quota for permanent changes, since the international leagues have long since largely returned to regular football operations.

Incidentally, the rule that an extension gives the coaches an additional substitution option does not apply to DFB competitions. VfL Wolfsburg and its then coach Mark van Bommel had to learn that the hard way in the summer of 2021: In the first round game in the DFB Cup at Preußen Münster, van Bommel made the sixth change when the score was 1-1 - and thus lost the game on the green table and later also his job. The implementation regulations of the DFB said unequivocally that "five substitutions are also possible in the coming DFB Cup season". "Five players may be substituted during the game. Substituting more than that in overtime games is not permitted."

Back then, in August 2021, referee Christian Dingert and his team didn’t want to or couldn’t save van Bommel from his momentous mistake when he made a change: Wolfsburg had asked the fourth official several times whether the sixth change, as seen before at the European Championships, was legal, they claimed she also in front of the DFB judges. But nobody stopped her.

The sports judges didn't care: "The unauthorized substitution of a sixth player was grossly negligent, since VfL Wolfsburg had all the necessary information on applicable football law at its disposal," announced the Federal Court of the DFB. "The fact that the two coaches may not have known anything about this is due to a serious organizational fault on the part of the club, which, by virtue of applicable football law, led to the game revaluation carried out by the sports court."

So: Glasgow Rangers would have lost the DFB Cup final with a sixth substitution in extra time without losing on penalties. A victory in the Europa League final would have endured. 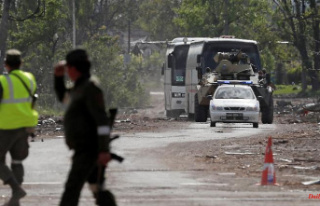