Anniversary concert in front of the palace: Rock band Queen plays for the Queen

In London, Buckingham Palace is the backdrop for an anniversary concert to celebrate the jubilee of Elizabeth II. 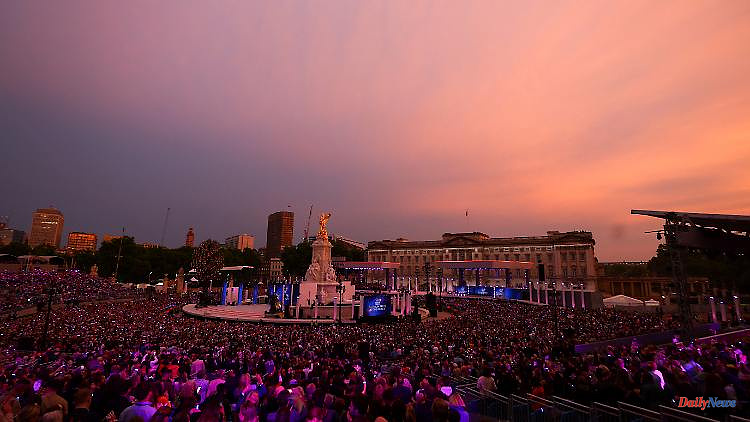 In London, Buckingham Palace is the backdrop for an anniversary concert to celebrate the jubilee of Elizabeth II. The rock band Queen opens the show under the eyes of many royals and thousands of onlookers. The Queen herself follows the spectacle in front of the television.

Numerous pop stars and thousands of spectators celebrated the 70th anniversary of Queen Elizabeth II's throne at a concert in front of Buckingham Palace in London. Legendary rock band Queen, featuring vocalist Adam Lambert, kicked off the party with their hits 'We Will Rock You', 'Don't Stop Me Now' and 'We Are The Champions'. 22,000 visitors gathered in front of the stage in front of the Queen's residence in central London.

The Queen herself watched the spectacle in her honor at Windsor Castle on television. On Friday, Elizabeth II had already missed the big thanksgiving service in London's Saint Paul Cathedral because of "illness". The 96-year-old also canceled her visit to the traditional horse race in Epsom, which was planned for Saturday, for health reasons.

Nevertheless, many royal celebrities gathered in the grandstand, including heir apparent Prince Charles and his eldest son, Prince William. However, his brother Harry and his wife Meghan, who traveled to London from the USA on the occasion of the throne anniversary, were not present. Her second child Lilibet had her birthday on Saturday.

Other artists taking the stage on Saturday night include Motown legend Diana Ross, British singer Rod Stewart, US singer Alicia Keys and Italian tenor Andrea Bocelli. The Queen's 70th Jubilee celebrations will conclude with alfresco banquets across Britain on Sunday. Millions of guests are expected to attend the picnics organized by more than 70,000 hosts.

The high point of the day is a big parade in central London, which leads to Buckingham Palace. Musicians, performers, dancers and actors portray the many historical changes that have occurred since Elizabeth II ascended the throne in 1952. At the end of the parade, the national anthem "God Save the Queen" is sung in front of the palace, led by pop star Ed Sheeran. 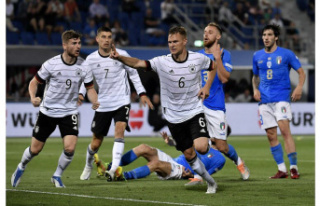 Soccer. League of Nations: Germany and Italy back...