Baden-Württemberg: Kretschmann considers Gentges' lawsuit in the post dispute to be correct

Stuttgart (dpa / lsw) - In the legal and now also political dispute over the top post at the Higher Regional Court, Minister of Justice Marion Gentges has the backing of her head of government. 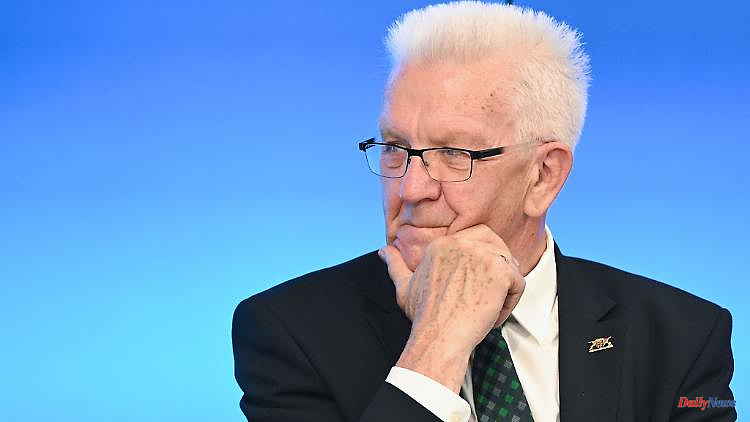 Stuttgart (dpa / lsw) - In the legal and now also political dispute over the top post at the Higher Regional Court, Minister of Justice Marion Gentges has the backing of her head of government. The CDU politician is opposed to the proposal by a body made up of judges and is bringing up another candidate as the new president of the Stuttgart Higher Regional Court. However, because this is rejected by the so-called Presidential Council, the ministry has applied for an injunction so that a court can decide on the question.

"That's not unfounded," said Prime Minister Winfried Kretschmann (Greens) on Tuesday in Stuttgart about his minister's decision. Clarity must be created between the powers.

The process surrounding the OLG candidacy and the successor to Cornelia Horz is a rarity in recent judicial history. The previous Higher Regional Court President retired in May.

From Kretschmann's point of view, the judgments of the courts always have the last word. "But how the powers set themselves up against each other is of course also a question of adjusting the powers to each other." Gentges had favored Beate Linkenheil for the vacant OLG line post - and suggested it to the Presidential Council of Judges. He may check whether there are errors. There, however, the department head in the Ministry of Justice was rejected. The Presidential Council spoke out in favor of Andreas Singer, the President of the Stuttgart Regional Court. A settlement talk held before Pentecost was unsuccessful.

The German Association of Judges in Baden-Württemberg accuses the minister of terminating the decades-long consensus on the tasks and powers of the Presidential Council. On Tuesday (5 p.m.) Gentges also wanted to answer questions from the Standing Committee of the state parliament.

1 Baden-Württemberg: Stuttgart and Freiburg each have... 2 Bavaria: Young man drives away from the police on... 3 Thuringia: Maier: Land supports community mergers... 4 Mecklenburg-Western Pomerania: MV does not replace... 5 Baden-Württemberg: Patrick follows his brother: basketball... 6 Bavaria: Two searches because of banned group "Caliphate... 7 Shortage of skilled workers is not new: Traffic light... 8 Black-green coalition stands: Wüst confirmed as Prime... 9 "We have to use this opportunity": VW wants... 10 Wrong cleaning agent: Philips with new details on... 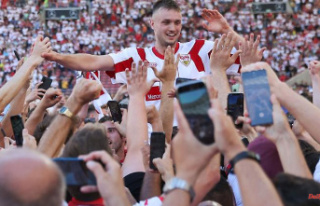 Baden-Württemberg: Stuttgart and Freiburg each have...