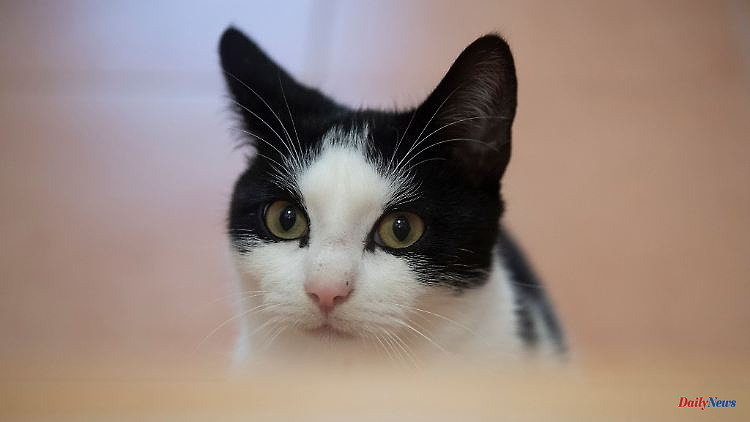 Nationwide 15.7 million cats live sheltered with their keepers. But feral conspecifics vegetate in secret, multiply uncontrollably and thus further worsen their situation. The problem is now on the agenda in Mannheim.

Mannheim (dpa / lsw) - They are emaciated, sick or injured - more than two million wild cats stray unnoticed through German cities. Illness and injury are the order of the day. Forage is in short supply. "A cat would have to eat 12 to 15 mice a day to get enough - that's not possible in urban areas," says voluntary cat protector Kristina Stumpf from Mannheim. Since the cats are very shy, their number can only be roughly estimated. According to Stumpf, there are 6,200 to 7,500 animals in the square city that roam over industrial areas and cemeteries or through allotment gardens.

The suffering of the animals has led to municipal cat protection regulations in Lower Saxony and North Rhine-Westphalia in cities such as Hanover, Essen and Cologne. Now Mannheim, the second largest city in the southwest, could introduce such a regulation. So far, according to the State Animal Protection Association, only 34 smaller communities from Aidlingen (Böblingen district) to Wurmberg (Enzkreis) are using the 2013 amendment to the Animal Welfare Act. The aim is always to curb the controlled reproduction of cats.

"Cats are not wild animals in which reproduction is automatically reduced when living conditions deteriorate," explains cat lover Stumpf. Anke Feil, founder of the organization "Politik für die Katz'", agrees: "Cats are pets and don't get along well without human care." The consequences are worms, fleas or viral diseases, which in the worst case reduce the lifespan of the animals to a few months, while spoiled house tigers can live up to 20 years.

In the city of squares, the topic - initiated by the Left, "The Party" and the Animal Welfare Party (LI.PAR.Tie.) - is on the agenda in the municipal council. In the Committee for Order and Social Affairs, the introduction of a cat protection ordinance was on the agenda for discussion and voting this Thursday. The municipal council has the last word on December 13th.

The faction LI.PAR.Tie calls for a general castration, chip and registration obligation. The city's draft resolution only stipulates that cat owners must microchip or ear tattoo their cats and register them before allowing them out. The city of Mannheim defends its mild approach with reference to the basic rights of cat owners: "A castration obligation represents a massive encroachment on the constitutionally guaranteed property right of cat owners and should be the last measure to be taken."

Andreas Parmentier, City Councilor of the Animal Welfare Party, is not happy with this proposal, but thinks a slimmed-down cat protection regulation is better than no regulation at all. This lays the basis for improvements. "I prefer the sparrow in the hand to the dove on the roof." If the initiative fails, the topic disappears into the drawer for years.

Cat protector Stumpf feels the proposal is "absolutely insane." "The fight against cat misery will never succeed if unneutered, free-ranging cats continue to contribute to rapid reproduction." In some cases, owners deliberately do not have their animals castrated - for financial reasons. Not because the sterilization costs 300 to 350 euros for female animals and 150 to 200 euros for male animals, which is too much for the owners, as Stumpf explains. But: "Small cats are a super source of income. The kittens are sold on the net for 400, 500 euros." At the same time, puppies are simply disposed of. Recently, six dead kittens were discovered in a plastic bag on the side of the road in Neustadt an der Weinstrasse.

State animal protection officer Julia Stubenbord describes the city's proposal as a "strange variant". She also does not share the legal doubts about a castration obligation for owner cats. "I'm not aware of any lawsuits anywhere in Germany," she says to the city.

But first she wants to carry out castration and educational campaigns. The principle "catch, castrate, release" applies. Feil from "Politics for the Katz'" considers this approach to be unrealistic. First of all, people are needed to catch the nocturnal four-legged friends. Then a logistics chain with veterinarians would also have to be found. She appealed to the municipal council not to be satisfied with "small alibi chunks" and thus continue the tragedy that has lasted for years. 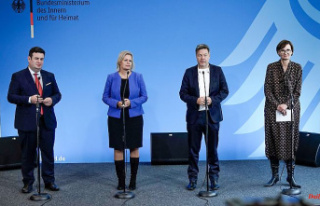 Migration and Opportunity to Stay: Are Traffic Lights...