Jan-Lennard Struff fights his comeback after a long break in the round of 16 in Stuttgart. 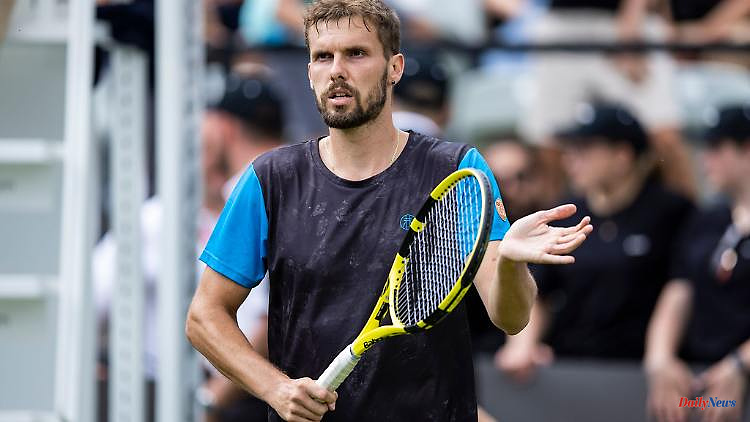 Jan-Lennard Struff fights his comeback after a long break in the round of 16 in Stuttgart. Oscar Otte is hoping for another home coup after winning the German duel with Daniel Altmaier. Veteran Andy Murray serves at the Weissenhof for the first time.

Stuttgart (dpa / lsw) - Jan-Lennard Struff was relieved. After a good two-month injury break, the Warsteiner tennis pro celebrated a successful comeback and reached the round of 16 at the ATP tournament in Stuttgart. The 32-year-old prevailed in the first round on Monday 7: 5, 5: 7 and 7: 6 (10: 8) against American Marcos Giron. Together with Oscar Otte from Cologne, who previously won 7: 6 (7: 2), 7: 6 (7: 4) against Daniel Altmaier from Kempen, he is now the only German at the Weissenhof. Former British world number one Andy Murray makes his debut there on Tuesday.

"The foot is fine," said Struff after his win against Giron. It was only his second on the ATP tour this season. Most recently, he had to sit out two months because of a broken toe. They were "tough", reported Struff, who is now only number 103 in the world. "To be honest, at first I didn't feel like watching anything about tennis," he said. "It hurts when you're injured and you see everyone else playing." He would have liked to contest the French Open in Paris in particular.

Struff seemed all the happier to be there at least in front of his home crowd. The atmosphere on Center Court, where he was in the last four in 2019, helped him, he emphasized. In the next round of the lawn event, which is endowed with 769,645 euros, Struff will have to deal with the Italian Lorenzo Sonego.

"Just happy" was Otte after his effort against Altmaier. The beginning of a lawn season always feels "a bit rusty". The 1.93 meter man has big plans at the Weissenhof - and wants to use the home factor, similar to the clay court event in Munich. There, at the end of April, Otte surprisingly advanced to the semifinals of an ATP tournament for the first time.

"I feel very comfortable here," said Otte about the facility in Stuttgart. "It's all very close with the audience. It's nice that you can build a little more bond there." Against the Canadian Denis Shapovalov, the current number 16 in the world and last year's semi-finalist in Wimbledon, the German will need all the support in his next match.

Meanwhile, veteran Murray is celebrating his premiere on the Killesberg. The 35-year-old will take on Australian Christopher O'Connell in the first round on Tuesday (2nd match from 11 a.m./ServusTV). "I want to play as many matches as possible," Murray said of his preparation for the highlight of the grass season from June 27 at Wimbledon.

The Scot has already won twice at the venerable All England Club, in 2012 he won Olympic gold there. Murray won the last of his 46 singles titles in October 2019 in Antwerp. After numerous injuries, he now occupies 68th place in the world rankings. However, he is always to be reckoned with on the fast green.

1 The opposition in Poland denounces the establishment... 2 By "by the fall", Ukraine could see a triple... 3 Soccer. Mercato. OM is aiming for the glory of OL... 4 Athletics. Pole vault: Duplantis wins the world's... 5 Environment. Walks, hikes... Weather maps soon to... 6 Also cases in Berlin: Injection attacks in France... 7 Dead in train derailment: Bahn planned rehabilitation... 8 After fire in detention on Mallorca: compensation... 9 Repatriation of the remains of Frederic Leclerc Imhoff,... 10 Rugby / National Steven David leaves VRDR to join... 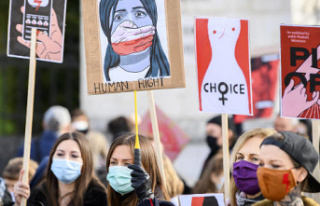 The opposition in Poland denounces the establishment...