Bangladesh: At least 49 people are killed in a massive explosion at a container depot.

Officials said that at least 49 people died and over 300 were injured in the massive chemical explosion that was triggered by a fire at a Sitakunda container depot, Bangladesh.

Officials said that at least 49 people died and over 300 were injured in the massive chemical explosion that was triggered by a fire at a Sitakunda container depot, Bangladesh.

There was a concern about the balance sheet getting worse, with some of those who were hurt in critical condition. Voluntary rescuers were sometimes seen in flip-flops removing corpses from the charred and debris-strewn dump. They claimed that there were still some inside.

The fire broke out in a private warehouse in Sitakunda that contained some 4,000 containers. It is located about 40 km from Chittagong's large port.

Many firefighters raced to the spot to extinguish the flames, but an hour later, several chemical containers burst, according to fire services.

Elias Chowdhury told AFP that more than 300 people were injured. He said that several people remain missing, including journalists who were covering the fire live. He warned that the death toll would rise because rescue operations are still not complete.

"There are still bodies in places that were affected by the fire. One rescuer said that he saw eight to ten bodies.

Reazul Karim, an official fire service spokesperson, stated that at least seven firefighters were killed and four others are still missing.

Witnesses said that the huge explosion shaken buildings several kilometers away. Mohgammad Ali (60-year-old grocer) said that a cylinder flew approximately half a kilometer away from the site of the fire to land on our small pond.

"The explosion sent fireballs up into the sky. Fireballs fell like rain, and the fireballs were glowing in the sky. He said, "We were so afraid that we fled immediately."

"The explosion threw my about ten metres from where I was. Tofael Ahmed (a truck driver) said that his hands and legs were burned after the explosion.

According to Fire Chief Brigadier General Main Uddin, the deposit contained hydrogen peroxide. This chemical has multiple industrial uses. He said, "We haven't been able to bring down the fire because of the presence of this chemical."

250 soldiers were dispatched by the army to aid in relief operations. They will also be stacking sandbags to stop chemicals from leaking into the ocean.

According to Mujibur Rahman (director), the depot employed 600 people. He claimed that he didn't know the cause of the fire.

Mominur Rahman (chief administrator for Chittagong) announced the opening an investigation. He stated that the depot contained clothing worth millions of dollars and was to be exported to Western nations.

Chittagong is home to approximately 90% of Bangladesh's annual trade worth $100 billion.

The global economic recovery following the pandemic has seen a significant increase in activity at this port.

In Bangladesh, where safety standards have not been strictly adhered to, fires are common.

54 people were killed in an explosion at a huge food processing plant located outside of Dhaka, Bangladesh, on July 20, 2021.

70 people were killed in another fire in Dhaka in February 2019.

In April 2013, Rana Plaza's clothing workshop collapsed like a house made of cards. This tragedy caused a worldwide outcry and prompted questions about the distributors who work in these workshops.

1 Anniversary comedy: The Queen shoots a clip with Paddington... 2 Saxony: Full trains between Chemnitz and Leipzig:... 3 Hesse: Paint buckets cause fire in the storage area 4 Hesse: Showers and thunderstorms at the start of the... 5 Saxony-Anhalt: 17-year-old driver builds an accident... 6 Etrembieres. A40: An 18-year-old man intercepted at... 7 Television program. What is the reason birds are disappearing... 8 Hesse: Fire in an apartment building: 200,000 euros... 9 Baden-Württemberg: weekend without beer for thieves 10 Saxony: boy trapped under tractor in accident: seriously... 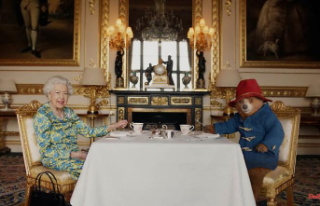 Anniversary comedy: The Queen shoots a clip with Paddington...