Bavaria: Another charge six years after a bridge collapse near Werneck

Almost six years ago, 14 people were injured when parts of a new motorway bridge collapsed. 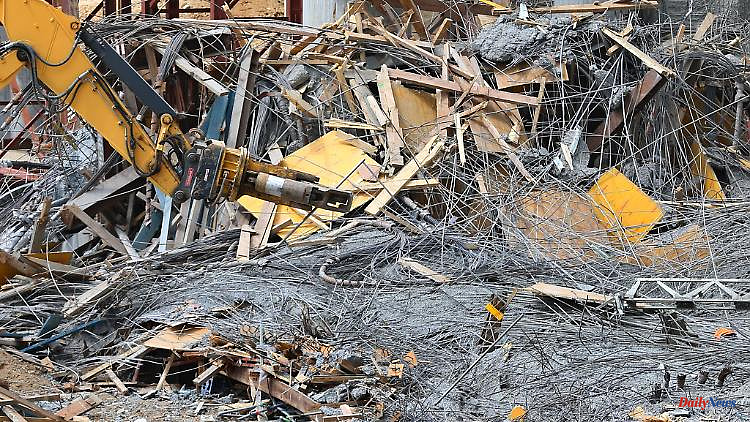 Almost six years ago, 14 people were injured when parts of a new motorway bridge collapsed. A man dies. It is still unclear who is to blame for the accident. Prosecutors have identified another suspect.

Werneck/Schweinfurt (dpa/lby) - Almost six years after the collapse of a shoring during the construction of a motorway bridge in Lower Franconia, there is another accused. The public prosecutor's office in Schweinfurt assumes that this test engineer is also guilty of negligent manslaughter and 14 times negligent bodily harm. Now the regional court has to decide whether the charges will be admitted and whether the proceedings will be combined with the previous ones, as a court spokesman explained. After that, the regional court must set a new start of the process for the legal processing of the accident near Werneck (Schweinfurt district). There are now four suspects in the complex.

On June 15, 2016, parts of the Schraudenbach Viaduct of Autobahn 7, which was under construction, collapsed. A number of construction workers were torn more than 20 meters down. A 38-year-old father of two died. 14 other people were injured.

The procedure was suspended at the end of 2019 after six days of negotiations because the oral report by the building experts at the time differed from the written report in key points. Since then, a new report has been drawn up, to which the parties involved in the proceedings have had to comment.

In the first trial, an accused structural engineer had rejected the allegations made against him. The engineer was responsible for planning the scaffolding on the bridge for a local company. He argued before the regional court that the construction companies involved had not adhered to his plans. Had this happened, the scaffolding would not have collapsed.

The public prosecutor also accuses the man of negligent homicide and negligent bodily harm in 14 cases. Also accused are two other engineers who are accused of making mistakes when accepting the plans.

The public prosecutor's office justifies the fact that there is now a fourth accused: "The suspicion arose from the result of follow-up investigations that were undertaken after the suspension of the court proceedings against the other accused." There is a suspicion that the 64-year-old has not adequately fulfilled his obligation to check static calculations. "The defendant denies the allegations."

The bridge, built in 1965, had to be renewed due to its poor condition, among other things. Decades of constant exposure to semitrailers weighing tons have left their mark on the busy A7. The new building, completed at the end of 2019, is 236 meters long, up to 22 meters high and cost around 18 million euros, according to the North Bavarian Motorway Directorate. 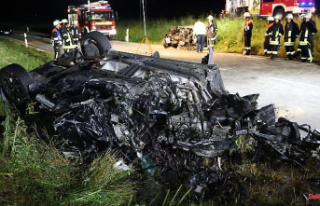 Bavaria: Two drivers die in an accident in Central...