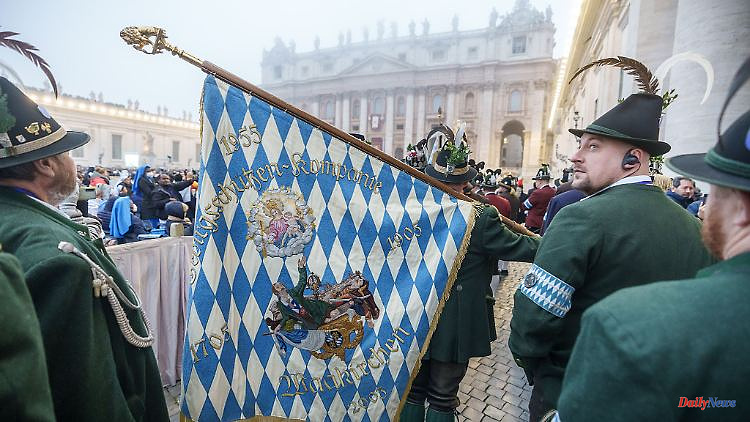 Munich (dpa / lby) - Bavarian traditional costumes and mountain riflemen personally take Benedict XVI. Taking leave. "We, the Bavarian mountain riflemen, had a special relationship with this Pope Benedict," said Governor Martin Haberfellner, who traveled to Rome with Prime Minister Markus Söder's (CSU) delegation on Thursday. "We have a warm bond with him - and he was very close to us."

The retired Pope was an honorary member of the mountain riflemen. "He was a Marian worshiper - and the mountain riflemen have the Mother of God as their patroness," said Haberfellner. This "unity in the spirit" had already created a connection at the time when Cardinal Joseph Ratzinger was archbishop of Munich and Freising.

Around 200 mountain riflemen had already traveled to Rome in buses on Wednesday to take part in the funeral service on St. Peter's Square. Benedikt, who came from Upper Bavaria, always had close ties to his homeland.

That is why the traditional costumers had a special connection to Pope Benedict, said the state chairman of the Bavarian Traditional Costume Association, Günter Frey. "Our customs have a lot to do with church and faith." It was "personally important to him to be there and to say goodbye".

Haberfellner had made critical statements about the retired Pope Benedict XVI the day before. just after his death as excessive. "Yes, I am irritated by the zeal with which some publicly disparage a recently deceased, who is one of the great personalities of the 20th and 21st centuries, with their exaggerated criticism," he said. "That's not proper."

Mountain riflemen and people wearing traditional costumes wore black ties, they didn't wear flowers on their hats, and the traditional weapons stayed at home. "We want to personally say goodbye to a good friend who we valued very much and who also valued us very much," said Haberfellner.

A small group of mountain riflemen visited Benedict on his 95th birthday in April 2022 in the Mater Ecclesiae monastery in the Vatican. The meeting was marked "by interest in us" and memories of his youth in Traunstein, said Haberfellner. He once again experienced Benedikt's "personal openness towards people". The Pope Emeritus was already frail at the time, but wide awake in spirit.

1 Germany's missed opportunity: have we lost South... 2 Superstar is still locked: Ronaldo's European... 3 "One of us": Ski legend Rosi Mittermaier... 4 Authorities and schools "blind": Hundreds... 5 Cuts on the back: William is said to have attacked... 6 "Ticking time bombs": The number of insecure... 7 Five candidates to choose from: "Deceptive packaging... 8 Retirement in seven steps: How to prepare for retirement 9 North Rhine-Westphalia: ATM in the district of Heinsberg... 10 Thuringia: CDU parliamentary group demands the end... 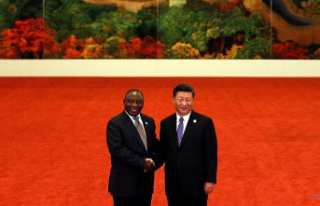