Bavaria: Trekking instead of wild camping: Camping in Bavaria's nature

Motorhomes and tents in the middle of a landscape conservation area: wild campers are always causing trouble in Bavaria's holiday regions. 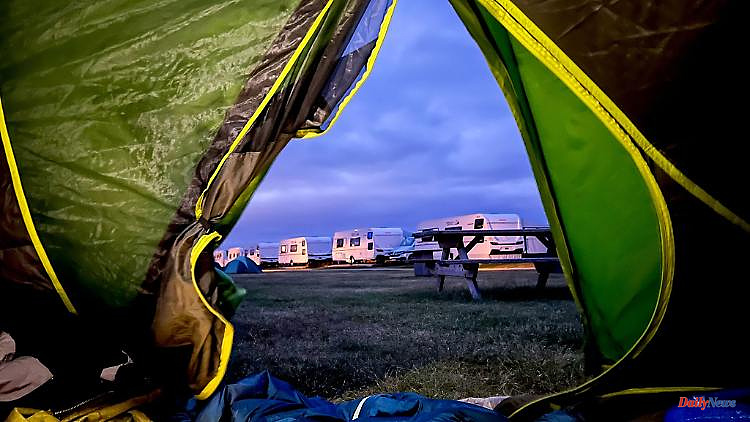 Motorhomes and tents in the middle of a landscape conservation area: wild campers are always causing trouble in Bavaria's holiday regions. In the Franconian Forest and in the Bavarian Forest you can camp in some places away from regular campsites.

Kronach (dpa / lby) - pitch your tent under the trees, have a barbecue and spend the night in a wild and romantic landscape - in the Franconian Forest this is also possible away from official campsites. Five trekking sites have been opened since 2019 in the forest and hilly landscape around the Upper Franconian district town of Kronach, said Markus Franz, Managing Director of Frankenwald-Tourismus: "They are all linked by hiking trails. We offer different tour suggestions for each campsite." A sixth place is to be opened this year.

Two trekking sites are located on the Rennsteig in the northern district of Kronach, near the Thuringian border. Three are in the south of the district on Döbraberg. Four tents can be set up per site, there is a bio-compost toilet and a fireplace. You book the overnight stay online in advance and then receive the geo-coordinates of the campsite. Only one night is allowed at each campsite. You pay 15 euros per tent and night.

Some call the trekking offer in the Franconian Forest "legal wild camping". Franz disagreed: "There are fixed places where you can camp." Also, you are not allowed to park directly at the campsite, but in designated hiking car parks. "You can then hike the last few meters or even kilometers to the campsite," said Markus Franz. "Or ride a mountain bike."

According to the managing director, the offer is being accepted more and more: "In 2021 we had a total of 2500 overnight stays at the five places." The campsites were particularly popular during the Corona period.

The administration of the Bavarian Forest National Park opened last year - similar to the Franconian Forest - an official campsite for initially four mobile homes. Since then, two overnight stays have been legal and free of charge. Since spring 2022 there have been four additional pitches for tents, with a view of the Großer Falkenstein and the Scheuereck deer enclosure.

The Scheuereck site in the Lindberg municipality (Regen district) is easy to reach by public transport, said a spokeswoman. There is also a toilet and water connections. Open fire is forbidden. There are other overnight accommodations in the shelters on the Großer Falkenstein and on the Lusen.

Wild camping is prohibited in the Bavarian Forest National Park. According to the spokeswoman, this was a big problem, especially during the past two Corona summers. Again and again, visitors would not have followed this rule.

In the Berchtesgaden National Park, organized action is taken against uninvited guests. "Our rangers closely monitor compliance with the protection area regulations in the national park," said a spokeswoman. "The team is out and about in the area in all weathers and from early in the morning to late in the evening." Wild campers have also been registered in the past few weeks, but not more than 2021.

In the Allgäu, especially during the Corona years 2020 and 2021, people camped in landscape protection areas and fields that were not designated for this. The police often reported wild campers around the Forggensee near Füssen and Nesselwang (Ostallgäu district). Some people were illegally sleeping there with inflatable mattresses and self-built tents made of pipes and tarpaulins in protected areas.

In one case, wild campers also had drugs with them. In August 2021 in particular, the officials in the Ostallgäu met wild campers so often that the reports were titled "And the wild camper greets us every day".

1 Bayern: Hahn defends record purchase Pepi: "It... 2 Bavaria: One dead in an apartment fire 3 Baden-Württemberg: car gets into oncoming traffic:... 4 Taiwan visit - Nancy Pelosi is not only standing up... 5 Powerful, aware of power, experienced in power - Nancy... 6 US foreign policy: Pelosi pledges US support to Taiwan 7 War in Ukraine: Former Chancellor Schröder: Moscow... 8 Floristry: "Slow Flower" movement relies... 9 Pelosi's visit: Taiwan "will not back down"... 10 Trial: Three men in court for blowing up ATMs 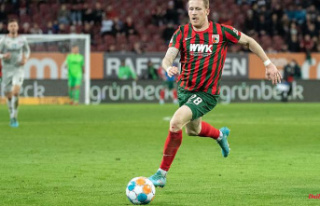