Since December 13, the approximately 400 motorists who have taken the Landes de la Poterie road every day, in Lamballe, in the Côtes-d'Armor, have had to choose another route. 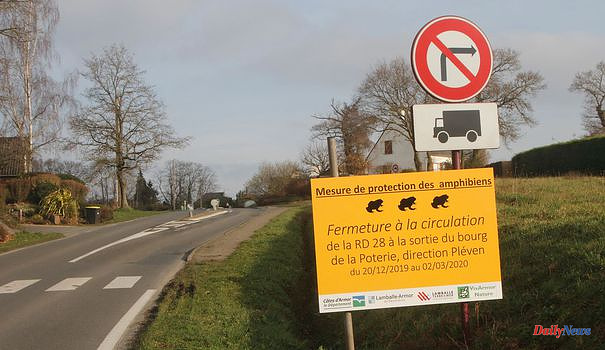 Since December 13, the approximately 400 motorists who have taken the Landes de la Poterie road every day, in Lamballe, in the Côtes-d'Armor, have had to choose another route. This portion of departmental 28 is permanently closed to traffic because the roadway had become much too deadly... for amphibians! Frogs and toads risked their lives each time they ventured there to copulate in the nearby ponds.

The critters who survived their fellow fires crushed by sedans have reason to rejoice in this measure, unprecedented in France. "Crushes by cars directly affect the demography of many species", warned in 2019 the Center for Studies and Expertise on Risks, the Environment, Mobility and Planning (Cerema). In fact, nature does not take well to asphalt and vehicles, which kill under their wheels each year 194 million birds and 29 million mammals - in Europe alone - according to statistics published in the scientific journal Frontiers in Ecology and Environment.

To limit this carnage, planners, communities or associations are multiplying ingenious devices. Fauna detectors have thus been deployed on certain departmental roads in Isère or Meurthe-et-Moselle. Operational as soon as night falls, these infrared sensors detect the presence of an animal near the road and trigger the display of a message on an electronic sign to encourage the driver to ease off.

To secure the crossing of animals on both sides of the road, several thousand "fauna passages" have also been built throughout the territory. In 2018, the Vinci concessionaire had two tunnels built under the A81 between Laval (Mayenne) and Le Mans (Sarthe). These 39 meter long "ecoducts" were designed for hedgehogs, badgers and other small mammals. On the A8, at the Adrets de l'Esterel (Var), it is a green bridge that establishes the junction between the Esterel and Tanneron massifs for deer and wild boar. We do not forget the birds: on the A480, near Grenoble, nesting boxes and vegetation have been integrated into the noise barriers installed along the tracks.

Some facilities are much more artisanal. In the Lot, the Cohab association has just deployed aerial footbridges to secure the crossing of red squirrels on either side of the road. This "curoduct" consists of a rope stretched between two trees, more than six meters high. And she was coated in walnut oil to better entice the little rodent to take this route.

The idea is not only to prevent the animals from being hit, but also to decompartmentalize their territories to promote their mixing. "Roads contribute to the fragmentation of animal populations, which is one of the causes of the extinction of species. This fragmentation generates a lack of genetic diversity which weakens the animals and ends up spreading diseases", summarizes Fabien Paquier, in charge of mission to the French Office for Biodiversity.

The other road scourge is light pollution. Artificial lighting scares away nocturnal birds of prey, disorients migrating birds, slows the pollination of flowers, disturbs wild mammals and attracts insects, which come to disintegrate on the lamps. "Whatever the ecosystem studied, the scientific literature shows, in the long term, an increase in mortality and a reduction in the diversity of the animal and plant species studied in environments lit at night, including by LED lighting" , recalls the National Health Security Agency (Anses).

But how to limit this light pollution without sacrificing road safety? The answer may lie in this innovative signaling process, tested for a few months in the Landes, south of Dax, on the D29. The edges of the roadway were marked using a photoluminescent paint, developed by a former CNRS researcher. During the day, the painting captures the ambient light. At night, it restores it to discreetly light up the streets. What, perhaps, to eventually do without the streetlights that line our roads. A brilliant invention! 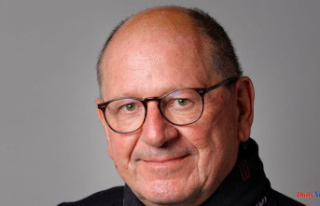 "Here, the car is essential"