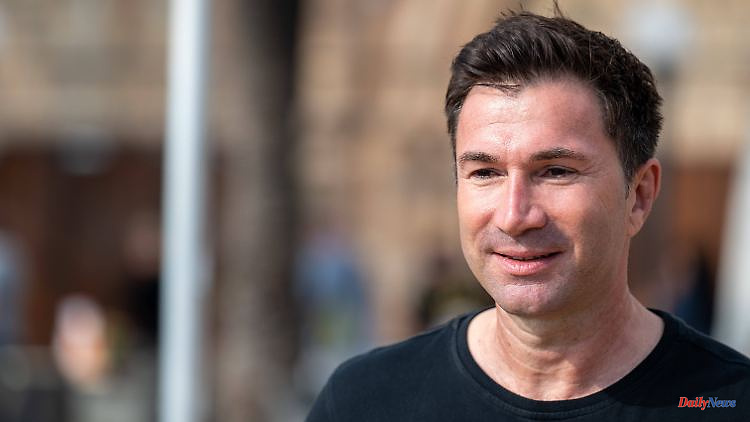 He's really hot. Lucas Cordalis leaves no doubt about that. If a corona disease thwarted his plans last year, this time he wants to be at the forefront of the jungle camp. And of course his wife Daniela Katzenberger is also very excited.

Lucas Cordalis is tackling his "Jungle Camp Mission". On Instagram you can see him packing his suitcase. "Actually, he takes far too much with him," he admits. After all, he gets his outfit for the jungle from production.

A small gift from his wife Daniela Katzenberger is also in his suitcase: a black bra. Cordalis reveals that she gave it to him - certainly not meant to be taken seriously - as a blindfold.

"Guys, this time I'm trying to get into the jungle for the third time," explains the 55-year-old in the video. That's why his motto is: "Now more than ever." Cordalis also shows a matching T-shirt and a jogging suit with the motto immortalized on it. The singer later posted how he said goodbye to Katzenberger and their daughter Sophia at the airport with kisses and hugs, accompanied by the song "Time to Say Goodbye".

"See you soon, sweethearts," Cordalis writes in a story about the scenes. Katzenberger also shared the farewell at the airport on Instagram. To a post in which her husband hugs his little daughter, she writes: "Now it's time to say goodbye. The jungle adventure begins. We love you, darling."

Accompanying Lucas Cordalis in Australia is Peter Klein, husband of Katzenberger's mother Iris Klein, who herself was already on "I'm a star – get me out of here!" was there. As Iris Klein revealed in an Instagram story, her husband and Lucas Cordalis will first fly to Frankfurt. From there they will continue to Singapore and then to Australia. Lucas Cordalis wanted to get the jungle crown in 2022, but was unable to take part in the show due to a corona infection.

1 Relationship with minor: Aerosmith singer sued for... 2 Strange disk of galaxies: Research team solves cosmic... 3 Subscribe instead of buying: the number of car subscriptions... 4 Hesse: Two drivers injured in a collision 5 Hesse: Around 3,300 households for two and a half... 6 Hesse: woman seriously injured by knife wounds: attacker... 7 Bavaria: 18-year-old after an argument on New Year's... 8 Bavaria: Seriously injured after a knife attack: the... 9 Saxony: Four people injured in a car accident in Glauchau 10 Bavaria: Elderly handed money and jewelry in the saucepan... 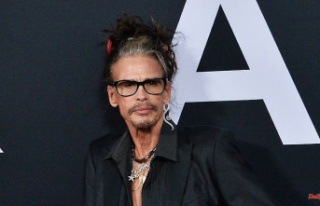