Florida wildfires cause at least 600 evacuations, and create a state of emergency in the area

Officials in northwestern Florida declared a state of emergency Friday because of a wildfire.

They also issued mandatory evacuation orders. The Adkins Avenue Fire had grown to 1,500 acres by Saturday evening and was 30% contained.

According to the Florida Department of Agriculture and Consumer Services, six hundred homes were evacuated. Two homes were confirmed as destroyed and twelve others damaged. As the fire spread further, more evacuation orders were issued Saturday afternoon. The Bay County Sheriff's Office stated. It was not immediately clear how many homes were affected.
Multiple agencies from Bay County and other counties are responding to the fire. The Florida Forest Service stated that more than 12 tractor plow units have been deployed on the ground and multiple helicopters are providing assistance from the air. Additionally, over 200 firefighters are fighting the fire.

Mandatory evacuations are in effect for those living along Transmitter Road and Star Avenue, between Highway 231 & Highway 98. According to the Bay County Sheriff's Office, Hiland Park Baptist Church has provided an emergency shelter for anyone who needs to evacuate.

According to the Florida Forest Service, the Adkins Avenue Fire is raging in an area where Hurricane Michael smashed 72 million trees. This "fuels wildfires." The service advised of a high statewide fire danger and "critically low humidity" over the weekend.

It stated on Twitter that wildfires could have a devastating effect on communities. There is no warning, unlike hurricanes. Do not wait for wildfire to strike.

According to the Florida Forest Service-Chipola Forestry Center, another nearby fire called the Bertha Swamp Road Fire grew to 3,000 acreage on Saturday. It is not known how much of this blaze has been contained.

Investigators are currently investigating the cause of the Adkins Avenue Fire.

1 Police say two staff members were injured in a school... 2 Putin warns against a no-fly zone in Ukraine 3 Amtrak engineer is acquitted in 2015 train derailment... 4 A $6B OxyContin Maker deal is just for families 5 In a push for normalcy, big cities have dropped more... 6 Ukrainians in the USA consider taking advantage new... 7 Mariupol Diary - Scenes of despair, resolution in... 8 TikTok suspends livestreaming in Russia and new content 9 After spending more than 500 days in a hospital, a... 10 Brittney Griner's spouse posts an Instagram story... 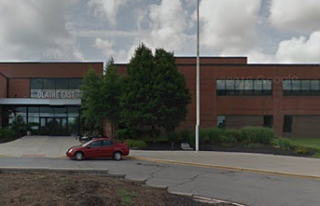 Police say two staff members were injured in a school...