Heat wave and climate change: The drought is here and will remain - the next rain won't change that

A heat wave like the current one makes it visible: the meadows are yellow, there is dust in the fields, crops wither or wither. 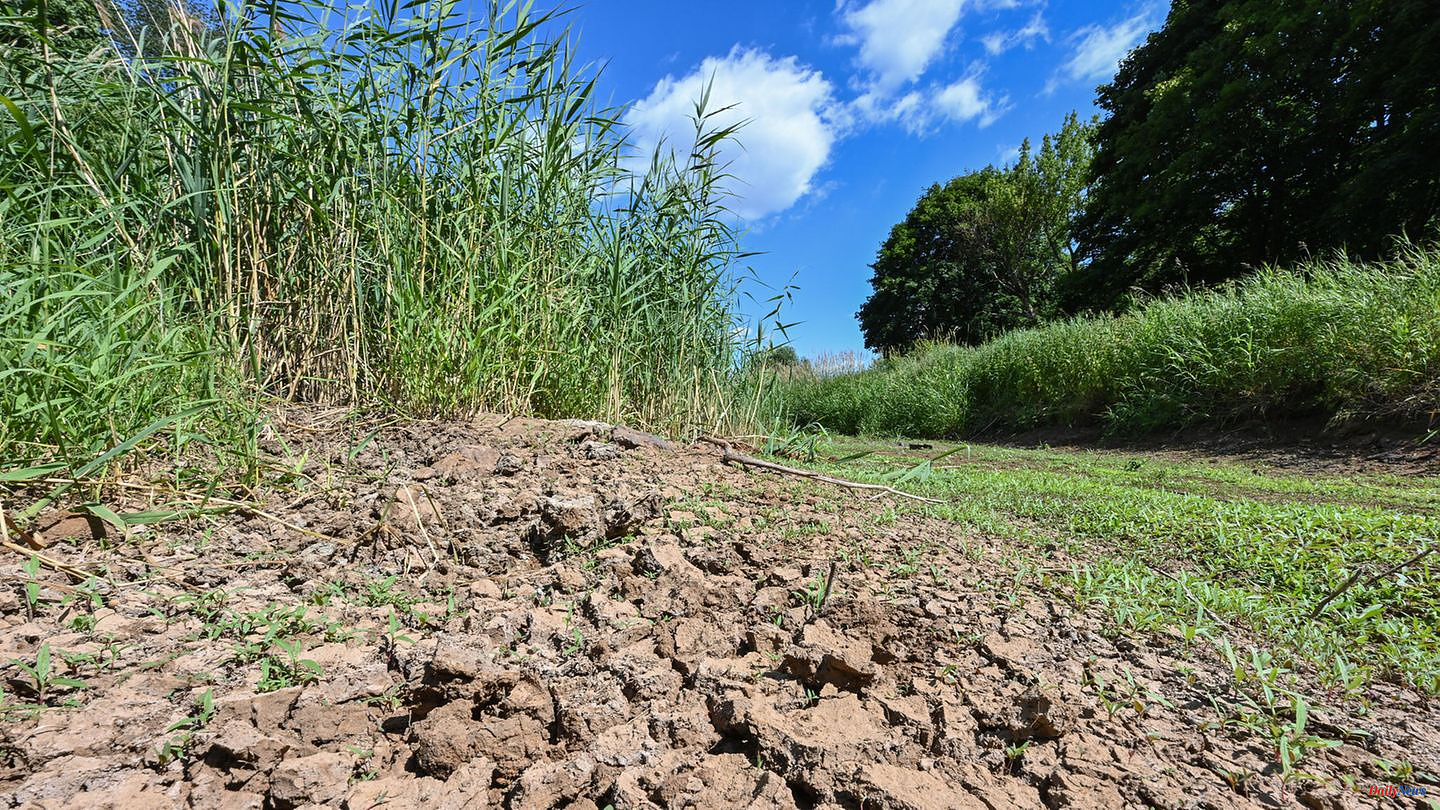 A heat wave like the current one makes it visible: the meadows are yellow, there is dust in the fields, crops wither or wither. No wonder in view of new heat records and persistent sunshine, some might think. It's summer and it's hot. The next rain is sure to come. And he will fix it again.

But that has long since been out of the question. According to the Federal Environment Agency, the water balance in Germany has still not recovered from the particularly dry three summers from 2018 to 2020. Overall, largely normal levels of precipitation such as 2021 are therefore not sufficient to compensate for the shortage that occurred in dry and hot periods - even though there were flood disasters in some places (in the Ahr Valley, on the Erft and parts of Bavaria) last year . However, local heavy rain has little effect on the water balance, can hardly be absorbed by the soil and flows away - whether controlled or uncontrolled.

Dry periods with great heat like the one at the moment have already increased significantly in our latitudes and will be even more frequent in the future due to climate change, according to the Potsdam Institute for Climate Impact Research, for example. It's not just about hot summers, when the drought becomes obvious. Spring and autumn are also more and more often comparatively low in precipitation. The Drought Monitor Germany shows this clearly for the past twelve months. In a number of areas in Brandenburg, there is even permanent dryness in the soil, which the experts classify as an "extraordinary drought". "Extraordinary drought" – always! Also from November to February, i.e. in the months that are considered cold and rainy.

The maps of the German drought monitor are colored increasingly red to deep red. This also applies to the map of Germany, which shows the "plant-available water" found in the upper soil layers up to a depth of 25 centimetres. All year round, throughout the state - with the exception of the extreme north and southern Bavaria - conditions are reported that lie between "incipient drought stress" and "wilting point" for the plants. A permanent stress that has effects on agricultural yields and, in the medium term, also on the food supply. Scientists say that this cannot be explained by less rain alone. And so attention is now being focused intensively on an aspect of the water balance that has long been overlooked even in climate research: the evaporation of water.

The Swiss environmental physicist Sonia Seneviratne from the Swiss Federal Institute of Technology (ETH) in Zurich recognized the topic early on, unlike many other climate researchers. Her breakthrough came in 2006 with a study published in the journal "Nature". Today she says that evaporation is the decisive factor for dryness and drought, especially in Europe. At a small research station not far from Zurich, she measures at five-minute intervals how much rain seeps into the ground and how much water evaporates on the surface. In June, the evaporation curve skyrocketed in their graphs. 140 liters of water evaporated at the measuring point - per square meter. "This is the highest value that we have ever measured," said Seneviratne of the "Frankfurter Allgemeine Sonntagszeitung" (FAS), worse than in the so-called summer of the century 2003.

According to the scientist, such a drought so early in the summer in the foothills of the Alps is more than worrying - for the water balance in Switzerland, Germany and half of Europe. The Zurich researcher's measurements prove that the drought has already taken root deep in the soil. That fits with conclusions hydrologists drew from data from NASA's Grace Earth observation satellites. The satellites have been monitoring the earth's gravitational field for 20 years and can thus also make water fluctuations on the land masses visible. The data show that Central and Western Europe are the regions that have lost the most water in the world over the past two decades.

According to Sonia Seneviratne, the main cause of this water loss is not primarily a lack of rain, but the increase in evaporation - with far-reaching consequences. Greater heat and increased radiation dried out the soil and accelerated the evaporation of water into the atmosphere. Plants put additional strain on the soil because they sucked more water out of the soil through longer growing seasons. Since heavy rain is becoming more frequent, most of which cannot seep into the ground, only a third of the rain ends up in the ground at her research center and forms new groundwater, Seneviratne explained to "FAS". With the soil moisture, a cooling effect on the biosphere is also lost, so that the country heats up even more.

All of this contradicts the still widespread view in Germany that a drought like the one we are currently experiencing is an extreme individual event. It was only a year ago that, according to the findings of a research group at the Helmholtz Center for Environmental Research, the worst European heat and dry phase in 250 years came to an end - namely the years 2018 to 2020 with the three consecutive hot summers, also in Germany. A shortage of drinking water will therefore no longer be a foreign word in Central Europe and the Alps, which are traditionally rich in water. The first reports of dwindling springs with the corresponding effects on the local economy and the local water supply have long been there - for example from the Franconian region.

In order not to be literally left dry, it is important to adapt to the new development, which will intensify in the coming years - in addition to reducing emissions that are harmful to the climate, in order to avoid the very worst consequences of the climate crisis, as Sonia Seneviratne explained in the "FAS " stressed. The federal government announced that it intends to adopt a national water strategy by the end of the year in order to ensure the long-term supply of drinking water despite the effects of climate change. One of the most important measures is aimed at the drying out of the soil documented by Seneviratne: so-called sponge cities are to be promoted to counteract this. The term is based on an urban planning concept that allows rainwater to be collected and stored within the city instead of draining away immediately.

A drought early warning system, the funding for which the Swiss Federal Council recently approved, should serve as a model. The ideas of Sonia Seneviratne, whose real measurements make it possible to adjust to emerging dry phases in good time, can be recognized in this. Water shortages don't just happen in a few days, but are based on various factors, explained hydrologist Massimiliano Zappa to the Swiss TV broadcaster SRF. These factors include the groundwater level, snowmelt, the possible drying up of springs - soil moisture is considered to be a system that generally reacts sluggishly. This enables warnings weeks in advance. From 2025 at the latest, critical phases should be announced to the Swiss at an early stage. Unlike before, authorities, drinking water suppliers, farmers and other affected parties could then prepare for the drought and thus avoid damage by taking suitable measures.

A task not only for the Swiss. If Europe's soils continue to dry up in the foreseeable future, the continent will have to adapt - just as other regions of the world that have long been suffering from the consequences of global warming have long been doing. 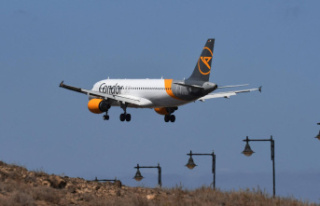 On the way to Hamburg: engine damage: Condor holiday...