Syria: Ankara hopes for "support" from Russia and Iran

Turkey said it counted on Tuesday, July 19, on the "support of Russia and Iran in the fight against terrorism" in Syria where it threatens to intervene, President Recep Tayyip Erdogan said in Tehran

Turkey said it counted on Tuesday, July 19, on the "support of Russia and Iran in the fight against terrorism" in Syria where it threatens to intervene, President Recep Tayyip Erdogan said in Tehran. "What we expect from Russia and Iran is their support in the face of terrorism," he insisted, after citing the main Kurdish movements operating in northeastern Syria, at the Turkish border.

The Turkish president, who spoke alongside his Russian and Iranian counterparts after a tripartite summit, has been threatening since May to launch an armed operation in this region, west of the Euphrates. It intends to create a "safe zone" along its southern border to counter the operations of the Kurdistan Workers' Party (PKK) and its allies. "I hear our valued friends say they understand Turkey's concerns and I thank them for that, but words are not enough," he insisted.

Moscow and Tehran have both warned Ankara in recent weeks against any intervention. Syrian mercenaries pushed into Ukraine. “It must be clear to all that there is no place in the region for separatist terrorist movements and their cronies. We will soon continue our fight against terrorist organizations, "warned the Turkish head of state.

"Terrorism [by Kurdish organizations] poses a threat to all of us." However, "their withdrawal 30 kilometers from our borders has still not happened", he continued, referring to the agreement signed in 2019 with Washington and then Moscow. This agreement, which provided for the withdrawal of Kurdish fighters, had ended an operation by Turkish special forces and their Syrian auxiliaries which had left hundreds dead and displaced tens of thousands of people in October 2019. 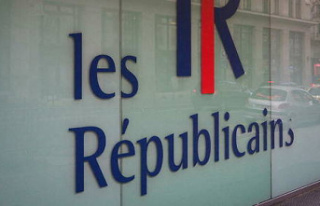