Emmanuel Macron is the candidate who spent the most during the presidential campaign with nearly 17 million euros, almost 20 times more than the iconoclast Jean Lassalle

Emmanuel Macron is the candidate who spent the most during the presidential campaign with nearly 17 million euros, almost 20 times more than the iconoclast Jean Lassalle. According to election campaign accounts published on Tuesday, July 19, the re-elected president spent 16.7 million euros on the campaign, exactly as in 2017.

The electoral campaign accounts of the 12 contenders for the Élysée were published in the Official Journal, as filed at the end of June with the National Commission for Campaign Accounts and Political Funding. The latter must still peel them by the end of the year. Emmanuel Macron is ahead of LR candidate Valérie Pécresse, who spent 14.3 million euros for a single round of voting, but without reaching the 5% mark of votes which would have allowed him to obtain reimbursement of his campaign expenses . After her defeat, she had also launched a call for donations to fill the hole of 5 million euros.

Emmanuel Macron and Valérie Pécresse are ahead of the third man in the presidential election, the Insoumis Jean-Luc Mélenchon, who paid 13.7 million euros. Beaten in the second round by the outgoing president, the RN Marine Le Pen invested 11.5 million euros in his campaign. She is practically neck and neck with the far-right polemicist Éric Zemmour, who came fourth in the first round, who paid nearly 11 million euros. Socialist Anne Hidalgo, whose party had anticipated a score of less than 5%, spent only 3.7 million euros. Ecologist Yannick Jadot, also below 5%, invested 5.2 million euros in the campaign. Still on the left, the communist Fabien Roussel spent 4.02 million euros.

The candidate who spent the least is Jean Lassalle. The campaign spokesperson during the election campaign disbursed just over 813,060 euros. He is closely followed by the NPA Philippe Poutou (819,686 euros), then the sovereignist Nicolas Dupont-Aignan (871,410) and the LO Nathalie Arthaud (891,098 euros). The expenditure ceiling was set this year at 16,851,000 euros for candidates present in the first round and at 22,509,000 euros for candidates qualified for the second round.

The Campaign Accounts Committee will make its decision on each of the accounts towards the end of December. So far, she has only approved one account on the first try, that of NPA Olivier Besancenot in 2007. In 2012, she rejected those of outgoing President Nicolas Sarkozy, who, like Valérie Pécresse, had launched an appeal to donations. Reimbursements will amount to a maximum of 800,423 euros for candidates who have not reached the 5% mark, 8,004,225 euros for other candidates present in the first round, 10,691,775 euros for candidates competing in the second round. 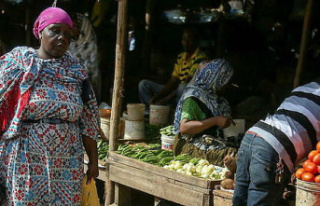